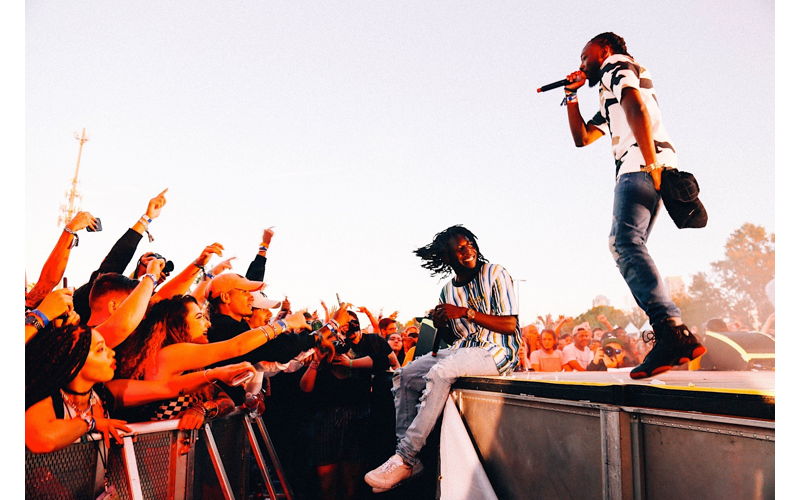 The most zeitgeist-y Charleston hip-hop song of 2019 is probably “Sakura” by the Harley Boys, a duo from the unlikely suburban enclave of Summerville.

The track lulls along on a summery, almost lazy post-trap beat that bubbles and percolates with filtered, sing-song vocal melodies that split the difference between contemporary Atlanta hip-hop titans like Migos and Future with the warm, organic sounds of late ’90s R&B. It’s a fascinating blend of the contemporary and timeless, particularly for an up-and-coming rap act with an eye towards bigger things.

It all makes sense the more you learn about the Harley Boys. The duo consists of brothers Trayvon and Phillip Harley, who began making tunes more than a decade back as young teens, just goofing around with a laptop and microphone.

“It was always just a hobby — we were always writing music or messing around with the computer to make beats,” says Phillip. “It wasn’t something we were really pursuing [seriously].”

Because of that, they found themselves making music in a kind of vacuum, inspired just as much by acts like The Fugees and Lauryn Hill as the rap music they were taking in on the radio in the mid-2000s. Fast-forward to today, and you have a sound that seems as aware of Drake as K-Ci and JoJo.

The duo has a couple of mixtapes, assorted singles, and EPs dotting their SoundCloud page. They started taking their music more seriously about four years ago as they began making records in North Carolina with producers like Chophouze (2 Chainz, Gucci Mane, Nicki Minaj) and in Atlanta with frequent collaborator TY. They even moved to Atlanta for a time in order to further their prospects and become more entrenched in the hip-hop community there.

“Here [in Charleston], you’re not going to run into too many people who can get you in the music industry,” points out Trayvon, who notes how much physical proximity can matter in making these kinds of important connections. “In Atlanta, you’re one person away from a big feature or major booking. Our music is good, but it doesn’t matter if nobody hears it.”

That attitude has started paying dividends. The duo has become a consistent touring act over the last few years and, with the help of some professional management, have found themselves on a variety of festival lineups such as Charlotte’s Breakaway Music Festival and Prime Music Festival in Lansing, Mich. In the process, fans of top-tier hip-hop acts like Migos, Juice WRLD, Lil Pump, Rich Da Kid, and Waka Flocka Flame, have been exposed to their music.

“Playing the Charlotte Breakaway Festival to 15,000 people, that was a big moment for us,” Philip recalls. “Our family and TY’s family were all there. But it’s fun every time we get 200 new followers, or people ask us to take pictures after a show.”

The Harley Boys are currently looking ahead not only to their annual “Harley Party” show at the Music Farm on Aug. 30, but also to the release of their new EP, Wave One, a record which moves a bit away from the carefree fun of “Sakura” and towards the work the brothers have put in over the past few years.

“It’s a real catch-up on everything we’ve learned over the past few years — in life, in music, in business,” Phillip offers. “It’s the first wave of things we’ve learned. It might be a series.”

Musically, their M.O. remains, even as their Atlanta and N.C.-based producers will continue to shape and define their sound a bit.

“We go by whatever we’re feeling that day,” Trayvon shrugs. “A lot of it is influenced by traveling to different places, seeing new areas and hearing their musical influences. It’s still a blend of old-school and new-school.”