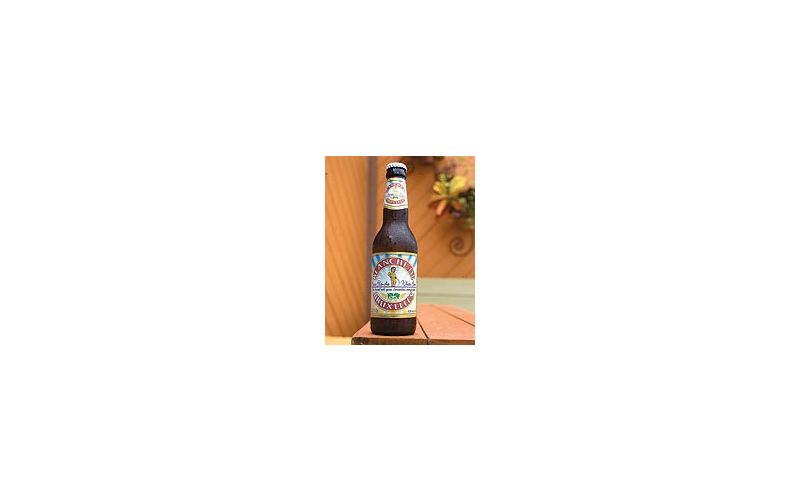 Summertime in Charleston can be a sticky, shirt-soaked ordeal — even for the most suntanned locals. Fortunately, the warm weather ushers a great surge of seasonal beers into our favorite pubs and restaurants.

In making their special summer beers, many brewers experiment with wild new recipes, while others refine and adjust classic beer styles. This summer, beer drinkers should seek out the bold-flavored seasonals from Sierra Nevada and Anchor, as well as some crisp new offerings from Harpoon, Leinenkugel, Magic Hat, and the local Southend Brewery and Coast Brewing Company.

Presented as a “classic, refreshing example of the German kölsch beer style,” Boston’s Harpoon Summer Beer certainly looks like the sparkling, top-fermented specialty from Cologne, Germany (usually ordered simply as “Kölsch” and enjoyed in little, cylindrical glasses). Very pale, almost straw-golden in color, this soft, bready, crisp ale is highly drinkable. There’s only a slight hint of clove and banana in the aroma (nodding toward Bavarian wheat beers), and a delicate malt/biscuit character in the flavor (leaning into Deutsch lager territory). It’s considerably light in color, body, and malt flavor, with a dry, citrusy finish. Swig this with spicy foods on humid evenings.

Brewed by Wisconsin’s Leinenkugel Brewery, this light, fizzy concoction barely tastes like beer. Simultaneously a wheat beer and a fruit beer, the Summer Shandy (short for “shandygaff,” a term used in different parts of the U.K. and Europe for a wheat bear or lager mixed with lemonade or lemon soda) features a cloudy, extremely pale color and appearance and a citrusy aroma that more resembles Belgian “white” ales (or “witbiers”) than an American-style wheat. The “natural lemon flavor” is way overpowering, masking any hop or malt aroma or flavor at all, but it’s easy to guzzle. We’re personally hooked on Leinenkugel’s Sunset Wheat, as refreshing a beer as is generally available, but the Shandy might be just the right medicine for that picky, not-quite-a-beer-lover girlfriend.

Brewed with a “mysterious mélange of time-honored ingredients,” Burlington, Vt.’s rascally Magic Hat’s summer offering balances hop and malt flavors in an odd overlap of classic styles. Is it a wheat beer? Is it a pale ale? Is it flavored with honey (hence the bee on the label)? It’s probably all of the above. Well conditioned (with a dense head) and medium bodied, Hocus Pocus refreshes with a smooth malt flavor (and some satisfyingly nutty flavors), accented by the citrusy bite of Northwestern American hops (Cascades or Centennials?). Magic Hat suggests serving this garnished with a slice of orange. It works well as a hot weather thirst-quencher all by itself, though. It’s the perfect beer for after band practice, mowing the lawn, or tossing the tennis ball with the mutt at the beach.

A lager from Sierra Nevada? Oh yes — the Northern California micro famous for its aggressively hopped ales has totally detoured into lager-land with this totally awesome beer. A “crisp summer brew” (according to the label), and presented as a “pilsner-style lager,” the Summerfest doesn’t fiddle around with fruit flavorings, strange herbs, or weird yeasts; it plays it straight with a classic hop and malt schedule. Very well-conditioned, with great head and latticework, it balances the rich maltiness of the Czech original with the brisk hoppy aromas of the Czech Pilsner and German Pils styles — only with a hefty dose of signature Northwestern American hops (keeping with the line of ales for which Sierra is famous). Surprisingly flavorful
and smooth for an American summer beer, the clean and bold blend of flavors will stand up to (and complement) a hearty summer barbecue lunch, a big seafood dinner of shrimp or crab, or an enormously stacked cheeseburger. Like, wow, man …
and na zdraví!

Crystal clear and deep golden in color, Anchor’s new Summer Beer epitomizes the now-classic American Wheat style. Brewed with a half malted wheat and half barley recipe, the ale is a terrific blend of grain flavors — initially bready and sweet, but finishing quite dry and with a subtle tartness. Although it’s on the lighter side of Anchor’s beer menu, it retains the distinctively hearty malt character of their flagship Steam Beer. They’ve been brewing this stuff since 1984, and it’s one of the granddaddys of the style. With its thick and foamy head, medium body, and rich maltiness, this summer brew would make a Bavarian grin. A great “big” beer for hot weather, southern cuisine, and Lowcountry outings.

Served on tap in 16 oz. pints, the brewpub’s seasonal specialty is noticeably tart and flavorful. Appropriately hazy and orange/amber in color (like the darker Hefeweizens from Munich), the Summer Wheat boasts a rich, buttery flavor, satisfactorily making up for the somewhat flat, young-feeling nature of the pints we sampled. Brewmeister Ahren Warf added a bit of clover honey, crystal malt, and blueberry to the recipe, creating a zesty, full-bodied version of the classic Bavarian style. The aroma is mostly banana/berry fruitiness with a hint of butterscotch. The tart flavor mellows with each sip. Try this with a basil-topped pizza or a spicy crab cake.

The proprietors at the Folly Beach Brewing Company affectionately call this beer “the golden shower” after the famous fountain of the young boy micturating on the label. But the affection itself has little to do with imagery; with its tart, fizzy mouthfeel and nothing-short-of-pure-sunshine flavor, Blanche De Bruxelles is perhaps the most refreshing brew a lazy afternoon at the beach could ever call for. A traditional “witbier,” its cloudiness is attributed to the heavy dose of wheat in its recipe. Embellished with orange peel and coriander, Belgium’s Lefebure may require a lengthy journey to reach steamy Charleston, but it’s a perfect fit — as refreshing as a 3 p.m. thunderstorm on a late July afternoon.

Charleston leads the South into the culinary future

We are a food town, built on tourism and grits and addictive little sesame wafers, and Charleston holds its culinary heritage in high esteem. Locals defend their favorite spots with a fervor normally associated with professional sports teams or political parties.

Charleston gets all wrapped up in fish tacos

The sweet kernels of summer burst out all over town