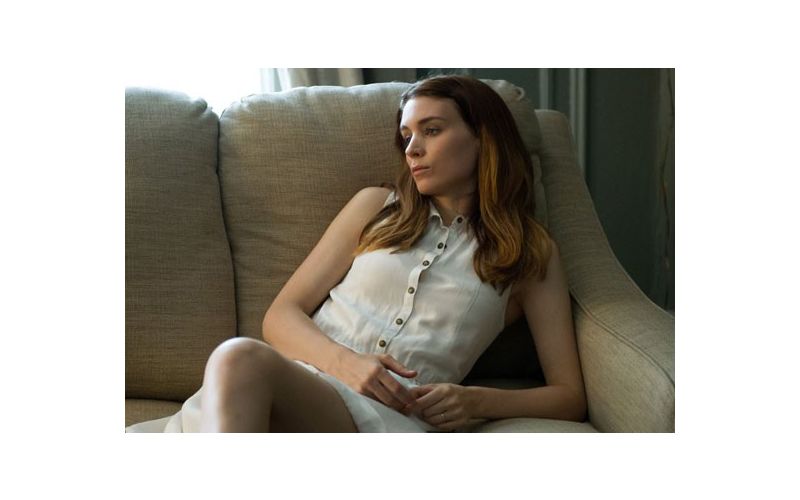 In 2008, Steven Soderbergh concocted a five-year retirement plan, and it was the best thing that ever happened to him. Over the ensuing half-decade, freed from his desire to make “important” films, like his four-hour Che Guevara biopic, he began to reinvent genre after genre. He recalibrated the direct-to-video action movie for the MMA generation with Haywire, made the spy film silly again with The Informant, and brought the disaster movie down to Earth with Contagion, lending each a healthy dose of realist texture and jazzy energy.

Soderbergh had always swapped between Hollywood excursions (the Ocean’s trilogy) and art-house experiments (Bubble), but he’s finally found a way to conjoin the two. As a genre filmmaker, he has a consistent authorial voice, and with his color-coded digital photography, he’s got a visual style to go along with it. In short, he became the filmmaker we always wanted him to be. But all good things must come to an end.

Side Effects is the penultimate labor of that retirement tour, and his final theatrical film. (He has one last effort coming up later this year, Behind the Candelabra starring Michael Douglas as Liberace, but it’s premiering on HBO.) It’s not a career summation so much as an exemplar of the sneakily intellectual fun his films have always provided. He also continues to fluctuate between the high and lowbrow: on one hand, this is a lurid, psychosexual thriller that feels much more like Fatal Attraction than it does Sex, Lies, and Videotape. But on the other, hidden behind this unrepentant B-movie is a depiction of America’s pharmaceutical culture as thorough as the treatment afforded the illegal drug trade in Traffic.

And like in Traffic, Soderbergh aims to dramatize every part of his chosen culture, from the suppliers to the pushers to the takers. Rooney Mara is the eternally troubled woman, tense about hubby Channing Tatum’s impending release from prison, though her emotionless blank stares suggest the problem is slightly less specific. She’s overstressed, undersexed, and as such, is the perfect fit for an experimental antidepressant prescription from Jude Law’s jaded psychologist. As for Law, he’s currently taking assignments (and payoffs) from Big Pharma higher-ups. Tatum is worried about the drugs, having noticed a slightly artificial tinge to his wife’s behavior — but that’s only until they hit the sheets, at which point he decides the people making the pills “are going to be very rich.”

The rest of the social commentary is equally sardonic. A pal catches Mara taking a dose outside, and knowingly quips, “I did better with Celexa.” (It got a huge laugh in the auditorium where I saw the film, so don’t think the ‘scrip habit isn’t as pervasive, if not as dangerous, as Side Effects makes it out to be.) Another notes that “[the medication] doesn’t make you someone you’re not; it just helps you be who you are,” and the camera hangs still on every well-rehearsed word, making sure to emphasize the almost satirically transparent financial arrangements between doctors and corporations.

Side Effects depicts a world where everyone is looking for the short-cut solution — the insider trading that jailed Tatum, the pills Mara gleefully downs in search of happiness, Jude’s tendency to write out a quick ‘scrip instead of actually treating patients. And worst of all, they’re all willing to tolerate each other’s toxic behavior so long as there’s a personal benefit to motivate them.

But the picture is more about carnal cinematic pleasures than it is about deconstructing America’s drug habit. The most telling moment is when, following one of the film’s many twists, Soderbergh’s camera does an antiquated-but-emphatic dolly roll toward a bottle of prescription pills, as if they were the smoking gun in a murder mystery. Yes, drugs are an integral part of the text, and of the subtext — but they’re also the MacGuffin.

And that’s why Side Effects is almost impossible to discuss. It has as many surprises as Psycho, and to allude to them would spoil all the fun. Much in the way The Girlfriend Experience was Soderbergh’s Godard-style film, Side Effects is his Hitchcock. And like any good Hitchcock picture, it has more surprises in its first half-hour than most movies have in their entirety. He’s playing around with all the maestro’s hallmarks: the all-encompassing disease of obsession, the allure of femme fatales, secret sexual lives.

In fact, Side Effects is a far more successful tribute to Hitchcock than Hitchcock was. Even the direction and cinematography is a throwback to the Master of Suspense’s compositions. Cutting directly from the voyeuristic opening credits into a puddle of blood, Side Effects brings to mind its primary influence before a single line of dialogue is spoken. Soderbergh’s theatrical career didn’t go out with a bang. It went out with a Hitch.