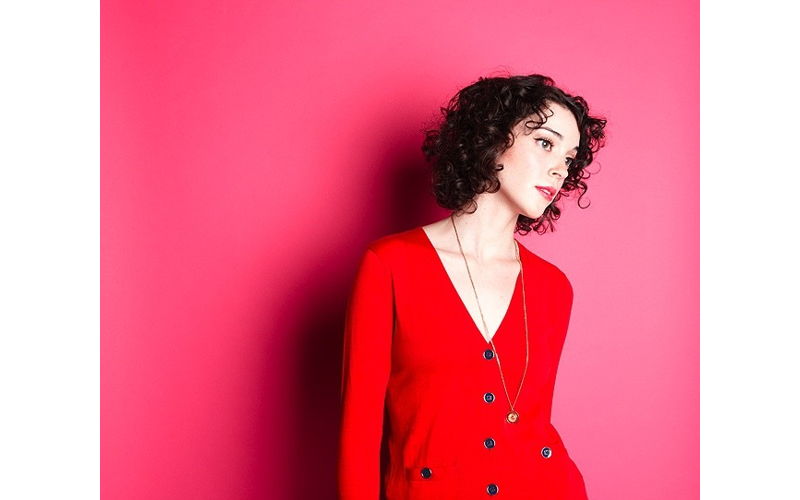 Magic, charm, and the collaboration of music-making

Her alter ego may have plenty of hipster, too-cool-for-school fans, but behind the Brooklyn-based singer-songwriter St. Vincent is Annie Clark, a charmingly unassuming young woman who conducts phone interviews from her mom’s mini-van.

Clark’s professional pedigree as a musician is a veritable who’s who of indie rock icons, from her stint in the Polyphonic Spree to her role in Sufjan Stevens’ backing band. In 2005 she released her debut solo album, Marry Me, as St. Vincent, and introduced the world to her brand of quirky, layered, atmospheric indie-pop. Now, four years later, Clark’s about to embark on a cross-country tour with the violin-based folk-pop musician Andrew Bird, as she plays in support of her second St. Vincent release, Actor.

“Andrew’s a fantastic human being,” Clark enthuses. “We ended up in Paris at the same time in April. We have some mutual friends who do a French website called the Blogotheque. We ended up performing a couple songs together in an apartment in France. It was pretty haphazard, but it was really fun. Moments like that, you’re like ‘Yep, livin’ the dream.'”

The dream has been a long one in the making. Clark started playing guitar when she was 12 years old, and thanks to her stepfather’s love of computers, she got a huge jump on the digital recording process, which explains the deftly crafted, lushly textured sonic arrangements that have become St. Vincent’s trademark.

“My stepdad had a bunch of spare computer-y parts lying around, and he helped me build a makeshift studio,” Clark explains. “And this is before Macs with Garage Band. You had to vaguely know something about computers, and it was on a PC using digital systems that were just starting to be user-friendly. I would spend a lot of hours multitracking my own little songs and coming up with little arrangements, and that’s how I learned to make music, a very layered and kind of controlled manner. And I think that’s kind of still how I’m most comfortable writing.”

Clark also seems to have a keen instinct for identifying clever ideas. The first single and video clip from Actor, “Actor Out of Work”, seemed to single-handedly make music videos relevant again. It was a simple premise that showed Clark auditioning actors who could cry, but it went on to become a viral sensation, receiving almost 150,000 viewings on YouTube, and was embedded on countless pop-culture websites, from New York Magazine to The Onion.

“I was really surprised how powerful it was to me,” Clark laughs. “When I read the treatment for it, I was like, ‘Wow, this could be really bizarre and cool. Let’s do it.’ So I showed up on set, and it was like, ‘Okay Annie, we’ve got the cameras set, you go sit in that chair and watch Actor A cry.’ I was just sitting there, and at first I wanted to laugh just to ease my own tension, and then by the 12th hour of watching people cry, I broke down and lost it. I was weeping.”

For now, Clark’s solo career as St. Vincent is her primary job, but she calls collaborating a “crucial” part of her life, and credits her previous experience in bands with helping her develop musically.

“There’s nothing more exhilarating when you’re 13 or 14, or fuck it, when you’re 32, than playing music with other people,” Clark says. “That’s super-exciting, like, ‘Holy cow, we’re making magic.’ It’s like ‘Whoa, we build this little plane, and we’re all flying it.’ It’s awesome.”