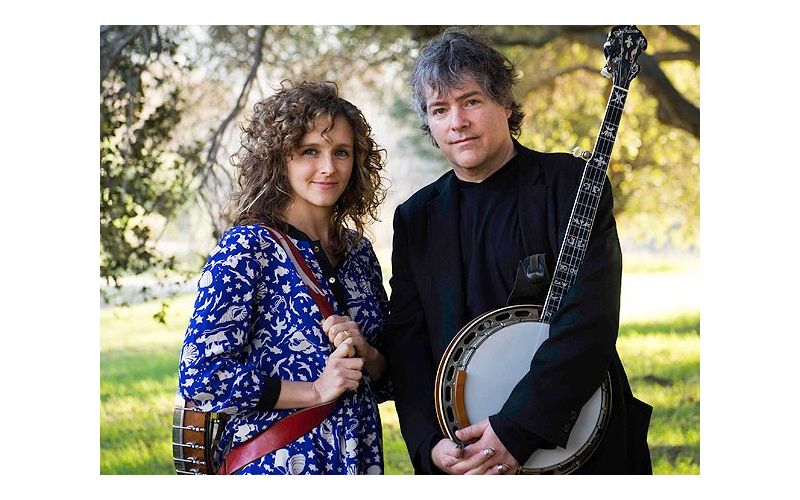 From the spot-on A Brimful of Asha &#10;to the dubious Keigwin + Company, warts and all, a recap

In the home stretch with 2014’s Spoleto, we must now ask: “Is this love? Or is it a mere springtime infatuation, followed by a no-regrets farewell?” First, a definition of terms.

One of my favorite Shakespeare sonnets contends, “Love is not love / Which alters when it alteration finds.” By this steadfast definition, my affection for Spoleto 2014 may be too susceptible, falling shy of that lofty standard. The Bard says I must accept my loved one entirely. Warts and all. Hits and misses. That leaves me on dicey ground this season.

The same sonnet suggests that love is a “marriage of true minds.” I definitely experienced some of that during the week.

René Marie knocked me for a loop with her show at the TD Arena. At the end of her very first number, an a capella medley of songs about smiling I, too, found myself smiling, broadly. After the second number, accompanied this time by her band in full swing, I was left nodding my head, thinking, “And that is how it’s meant to be done.” Honestly, you shouldn’t be allowed to simply buy tickets to an experience like this, you should be required to spring for dinner and a movie first. If you were in the audience for Ms. Marie’s performance, you know exactly what I mean.

Kat Edmonson, a former resident of a blue carriage house on Coming Street, returned to the College of Charleston’s Cistern Yard, still without a diploma from her former school but bearing certified, get-under-your-skin charm. After Edmonson’s show, a degree in Exuberant Mischievous Enchantment, summa cum laude, seemed to be in order. She earned it. Edmonson is one of those few artists so purely herself on stage that we are drawn in, bit by bit, until the stage completely melted away. Whether she’s singing about a frivolous night accompanied by a little too much bubbly, or some other night full of yearning for an old flame, we feel she means it. Old black-and-white movie romances hover in the air around her. Hers is the voice that appears to be singing inside you.

Another woman who entered our lives and lit up the stage was Kát’a Kabanová. If El Niño‘s Mary is the picture of a woman prepared to surrender her life to the purposes of divine grace, the Czech opera’s namesake might be the other side of the coin: a woman who is prepared to wrack herself with guilt over a sin she has not yet committed but is fully preparing herself to commit. Kát’a also writes a prescription for her own redemption, the ultimate act of penance (coincidentally, by the same standards she embraces, a sin in itself.) In all this she is moved by the same guiding hand that another perplexing heroine, Joan of Arc, felt and communed with. Divine mystic visions? Or madness? Leoš Janácˇek’s soaring music left little doubt that the first, keenly felt, tragedy in Kát’a’s life is her isolation. It also prompts one enduring question about love: what are we willing to dare in pursuit of a human connection? Kát’a’s is a classic tale, one that was fully realized in this production from an imaginative set to costumes, with a cast that delivered impressively. As Kát’a, soprano Betsy Horne is incandescent. Surrendering everything to the role, she leaves nothing behind but a glimmer of what might have been. Our humanity, this performance seems to say, begins and ends with our choices.

Among the more puzzling choices I’ve seen thus far was Keigwin + Company. The dance troupe’s parade on and off and around the stage took up the better part of their first piece. Throw in a pirouette here, a lift there, call it a day? It was utter nonsense. The next two pieces were no great advance on that brittle start, and by the time Megalopolis, the highly anticipated cornerstone of the show began to unfold, I was struck by how uninspired all this remarkable silliness left me feeling. Blind yourself to the dubious, glitzy costumes, but at least with Megalopolis there was some sense the dancers were going to be allowed to actually dance. Hope glimmered that the company’s show had finally hit its stride. Alas, no. Megalopolis did have its moments, very good ones, but was this series of programs their “A” game? I think not. Were the dancers even given much of a chance? Not from where I sat. I did, however, enjoy the music.

Another fascinating exercise in forbearance came with Facing Goya. I arrived fully prepared to have my initial misgivings about opera as a “taut thriller” swept away. Instead, I found myself unconsciously attempting to fast-forward through all the proselytizing about science as the new religion of our age (point taken, ad nauseam), and the inability of this scientific priesthood to make sound moral judgments since they are so clearly in thrall of, if not directly abed with, commerce (point not entirely conceded, but noted). When the focus shifted to the evils scientists perpetrated on behalf of Hitler’s National Socialism, for me, the wheels came off the show entirely. I found myself suffering involuntary spasms in my gut. Silenced belly laughs. Roll that Nazi combat footage on the big video screen! How about some SS recruitment propaganda? Cue up the conquering Nazi’s parade in Paris with the Arc de Triomphe in the background. Are they not splendid? Jawohl! I’d been expecting an opera. Yet here I was making more or less mirthless comparisons. Facing Goya had been blitzkrieged by a revival of “Springtime for Hitler” from Mel Brooks’ The Producers. The taste of that lingered to the end. Where was poor Goya in all this? Tacked on, something of a flimsy narrative pastiche throughout, most notably present merely as a bedazzled prop skull. (Let’s not even get started on those hysterical, exogenous skull fascinators the cast were required to wear on their heads toward the end of this show. Talk about fascism.)It grieves me to leave any performance mostly feeling pity for the talent I’ve just seen wasted. It’s also sad to note that some advance PR can be so fancifully off the mark that it principally betrays wishful thinking on the part of the copy writers.

In contrast, and directly in line with expectations, My Cousin Rachel, Joseph O’Connor’s masterfully incisive stage adaptation of the Daphne du Maurier novel found its claustrophobic sense of foreboding given dimension even from the walls of the set. The director and his stellar cast took it, beautifully, from there. I’ve never wanted to believe in the essential goodness of a character more than I wanted to believe in Hannah Yelland’s Rachel, even while I doubted her intentions every step of the way. My mantra became, “No good can come of this. No good!” but like the increasingly besotted Philip Ashley (sharply rendered by Fra Fee), I didn’t care. I’d have followed her just about anyplace.

I’d also follow Ravi Jain and his mother Asha, brilliant co-stars of A Brimful of Asha. There were more than a few moments, amid all the spot-on hilarity, when this comedy verité was deeply affecting. Without question, the audience made this play their own. In turn, heads bobbed in agreement with some hilariously true observation Asha had just delivered with deadpan charm and moments later, bobbing just as emphatically, after one of Ravi’s ruefully articulate counter-points. That the two “characters” essentially played the audience, as children play their parents against one another to gain their own ends, just made the whole thing that much more delightful. This one joins A Simple Space in earning that coveted “unsolicited recommendation from strangers” award. Well deserved.

Two vastly different, and equally excellent musical performances, one by Gwilym Simcock and the other by the Aca Seca Trio, added greatly to that list of things I want to follow up on post-Spoleto. I wasn’t familiar with the work of either (thank you again, Michael Grofsorean) but I intend to address that.

The husband-and-wife duo of Béla Fleck and Abigail Washburn, no strangers to lovers of Americana (and jazz and classical music), impressed both musically and matrimonially. An example: her husband had just concluded a disarmingly complex and lovely solo piece, after enthusiastic applause still lingered in the air, Washburn deadpans: “Not bad, Fleck.” The audience loved it. Their work as a duo is only beginning after years as solo performers. If this show was any indication, they will be the team to beat in the years ahead.

Lastly, what was the sound I heard playing out in the streets after that performance? It was the sound of ordinary Charlestonians on their way back to their cars, inspired to mimic some version of what they’d just seen and heard at the spectacular experience that is Dorrance Dance. No fooling. Regular civilians, down with a serious case of happy feet. Tapping, shuffling, laughing at their own efforts but incapable of resisting the impulse. In some cases, perhaps, memories of tap lessons long ago. But brother, Dorrance wasn’t your stalwart shuffle ball change. Nuh-uh. Breathtaking. That’s the only word for it.

So — to answer our first question: is it love? Sure looks like it.