South of Broadway wants to schedule a playdate with you 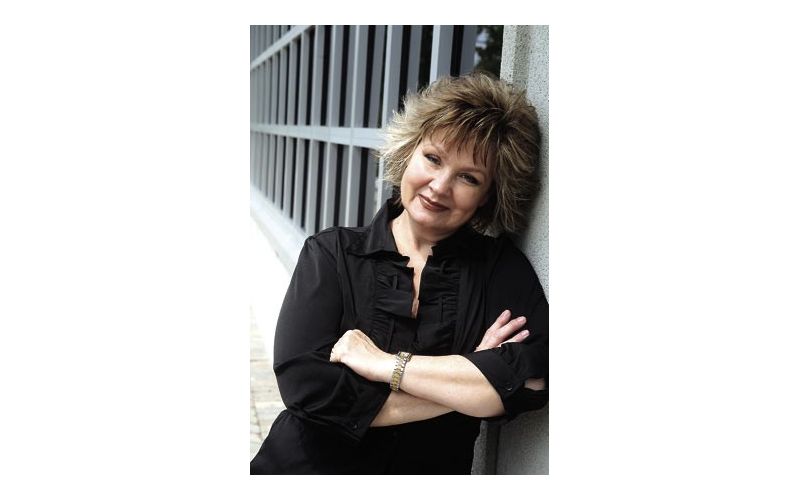 In the spruced up North Charleston neighborhood known as Park Circle, a theater’s getting a face lift. The South of Broadway Theater Co. has been on East Montague Avenue for several years now, so it’s about time its proscenium got primped.

In the main auditorium, a floor that was once scuffed and gray is now a solid black. A storage room has been converted into another teaching and performance space; the walls have been painted black. “It looks beautiful,” says owner Mary Gould, who’s in a bright mood despite the dark dabs of color. “We had so much traffic through the place last year, it needed to get freshened and cleaned up.”

Gould is preparing for the second annual Playfest, a month-long shout-out to pioneering playwrights and their original ideas. One of those writers is Matt Hampton, South of Broadway’s dramaturge and playwright in residence, who led the call for submissions this year. “There’s something for everybody,” he says. “We didn’t want to hit one tone.”

The six plays are all full-length, a departure from last year’s mixed bag of one- and two-act plays. But they won’t be full productions. Actors will perform with scripts in hand, furnishings and props will be minimal, and sets will be practically nonexistent.

“Traditionally, the rehearsal period for staged readings is two weeks,” says Hampton. That’s a much shorter commitment for the actors and directors than a four- or six-week rehearsal time for complete plays.

“This way, you can do a lot more product more quickly than you can if you’re committing to full productions,” adds Gould. “Within the theater industry, a new tenet is being suggested to companies — produce, produce, produce. Instead of backing off, do more as fast as you can.”

More shows mean more ticket sales, and more opportunities for new writers and actors to get in front of audiences. “The plays are raw but immediate,” Gould says. “We’ve become so spoiled with Broadway production values. It’s really hard for regional theater to put on something that’s technologically wowing.” The Playfest has no bells or whistles to distract from the text and its interpretation.

There’s plenty of room for that in Burning the Saint, Hampton’s contribution to the fest. He cryptically pitches it as a classical tragedy along the lines of Shakespeare’s Julius Caesar, updated for the modern age and reset in an urban dystopia. Saint will cap the festival on Sept. 27.

The other five plays cover religion, politics, comedy, and realism, often with a strong female perspective. The festival kicks off with Like Heaven by Elaine Romero. Two sisters in Independence, Kan., have their lives shaken up by the arrival of Sapphire, a wild Californian, in this comedy of clashing cultures. That’s followed on Sept. 12 by Geography, a drama by New Yorker Anne Phelan. A pair of former Hungarian freedom fighters make a video documentary about atrocities in Eastern Europe for the United Nations. By revisiting their hellish past, they hope to deal with it by integrating with the American media.

Sept. 13’s Not Then, Not Now by Michael Kramer is the story of a 50-something theater producer who meets an ex-lover and tries to stoke the flames of love again. On the following Saturday, Kristen Palmer’s Local Story is another play about a mystery woman who upsets the status quo of a small town. This time the males of a country community are bonded by their shared interest in the woman.

Marilyn MacCrackin’s The Brethren will be performed on Sept. 26. It’s about a Texas cult corrupted by a young woman who has had a glimpse of the real world and wants to bring her sect partners into the 21st Century, leading to an ideological war between newfound thought processes and close-knit traditionalism.

Actors include three Equity members (Gould, Kristen Kos, and Mark Gorman) and other familiar local faces such as Rodney Lee Rogers and JC Conway. As with last year, the neighborhood will be involved with other events and performances; these include spoken word performances by Marcus Amaker, Play Slams for teens, and a party on Sept. 4.

“People are now willing to come to North Charleston,” says Gould. “So we’re hoping for a better turn out than last year.” She estimates that 2008’s opening and closing shows enticed 30-40 people into the theater. “There isn’t another play festival in Charleston. It’s a niche that I was prepared to fill. That’s always the challenge I’m up against. I don’t want to replicate what other theaters are doing.”

With that challenge met, Gould now has to make the event more financially viable. By expanding it and involving promising, enthusiastic playwrights, she will undoubtedly increase her Playfest’s national profile. The next step is to engage new writers and new theatergoers.

“We need to encourage people by showing them plays with different aesthetics,” says Hampton, “and get local people to do more writing.”

At the very least, he can offer an alternative to a night at the multiplex. “This is less expensive, a different experience, a different night out. Audiences can see something new and interact. There’s fun in a theater you can’t have anywhere else.”

Editor’s note: City Paper contributor Nick Smith teaches acting at the theater, although he is not involved in Playfest.