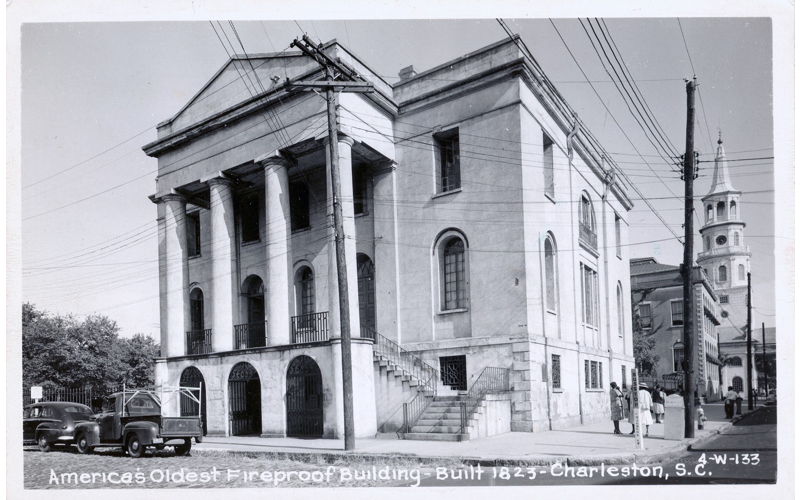 You might be forgiven for not knowing much about the inner-workings of the South Carolina Historical Society (SCHS). Quietly housing 350 years of state history comprised of books, manuscripts and other artifacts, until recently the organization mostly catered to historians, students, and professors interested in pulling archives for research purposes.

Indeed, SCHS’s new Director of Education, Heather Reed, acknowledges that “The general public doesn’t always know they are allowed to access the materials in the archive, or how.”

Reed, who has only been in her new role for a few months, originally hails from Ohio and until recently worked in west Texas, as the executive director of a frontier museum composed of a 15-unit historic village.

“In my field, public history, our job is to take academic history and make it accessible to the public,” says Reed.

Last month, that’s just what the Historical Society did, officially opening its doors as the newest public museum on museum mile in the historic Fireproof Building at 100 Meeting St.

“We got really great feedback,” says Reed of the opening. “I think the reason is because in the exhibit we really have something for everyone. If you’re a history nerd, or you’re on vacation, or you’ve got kids. Wherever you’re at, there’s something here for you.”

Entering from Meeting Street, you climb the stone staircase (or take the elevator) to the second floor to get to the main exhibit. Featuring manuscripts and artifacts that in some cases date back to the late 1600s, according to Reed, what distinguishes the museum are the personal stories they try to tell.

“These personal stories really tell what it was like to live here and experience life over the past 350 years. We also wanted to show it wasn’t just one story, so the first gallery opens with four characters,” says Reed.

Those historical figures include Elizabeth Lucas Pinkney (1722–1793), daughter of Lt. Colonel George Lucas who is credited with introducing the cash crop, indigo, to South Carolina; Rene Ravenel (1656–1687) forefather of the Ravenel dynasty; Priscilla Ball, an enslaved African girl who arrived at the Elias Ball plantation in 1756; and Cassique of Kiawah, a Kiawah Amerindian Chief who brokered a (provisional) peace with the European settlers.

“The exhibit really tries to show how all of these different parts came together,” says Reed.

The first gallery focuses on the founding of Charles Towne Landing, detailing why early settlers came: seeking wealth, adventure, and religious freedom. From there the space opens onto the revolutionary and antebellum periods and does not shy away, throughout, from highlighting the essentiality of slavery, and the subjugation of the native population, to Charleston’s economic success and viability. Included in the exhibit, for example, are a list of slaves belonging to John C. Ball dated February 1799, in addition to a slave badge from 1811 (a vestige of the City of Charleston’s slave-badge system, which licensed owners to hire out their slaves for employment). Another notable document includes an AETNA life insurance policy from 1856 taken out on a 24-year-old woman named Sabina.

The next gallery focuses on the history leading up to and the aftermath of the Civil War. Throughout all of the exhibit halls are screens where guests can interact with the history. Using one interface, you can click on a specific historical figure and listen to them tell their story, and on another you can click on a specific location on a map and a trove of related primary documents display themselves at your fingertips.

Indeed one of the final and most notable exhibits focuses on a film about the Charleston Renaissance, which features local scholars like Harlan Greene discussing the contributions of artists and authors like watercolorist Alice Ravenel Huger Smith, African-American painter Edward Harleston, and noted poet and author of “Porgy” Debose Heyward.

Here too, the museum does an admirable job underscoring the problematic nature of some of these artistic expressions. One bizarre highlight is the “Society for the Preservation of Negro Spirituals,” in which members of Charleston’s white gentry would organize concerts and perform negro spirituals from the days of yore, songs they no doubt learned seated on the laps of their black mammies. Apparently this group still exists.

When we talked, only having been open a few days, Reed says there is a lot of work ahead to figure out what role the museum can play in the broader community. “We have so many options right now. We already do a lot of outreach to classrooms,” says Reed. Now, they want to start thinking about how to get classrooms into the museum. Reed hopes to explore the possibility of adult programming as well. “For me, history is great, but what I really love is watching the public interact with the history.”