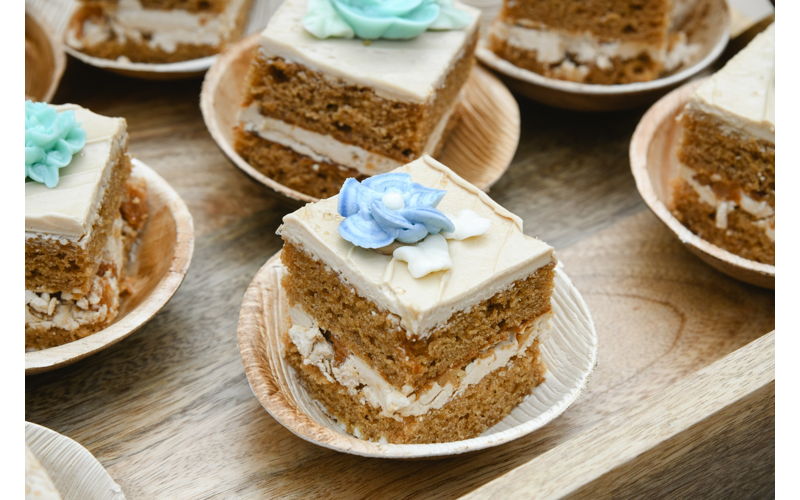 Phew, anyone else reeling from the combo of a Wine + Food come down plus daylight saving time exhaustion? Before we get too far, let’s savor a few delicious fest moments just a little longer.

Like we mentioned in our cover story this past week, there were more than 125 ticketed Wine + Food fest events this year — being mere humans, we couldn’t try them all. We still got to sample quite a bit, though, from intimate fringe gatherings to the sprawling Culinary Village.

Here are the bites and sips we can’t stop thinking about from the 2019 fest:

A Shore Thing at Mt. Pleasant Waterfront Park featured, as you’d expect, plenty of fruits de mer. Most chefs played to theme preparing oysters, shrimp, crab, and the like, but Cru Catering took ‘shore’ to mean, well, any damn shore. Like the edge of a swampy lake, perhaps. Their alligator was served pig pickin’ style and it tasted a lot like … pork. Plus the roasted critter helped at least one writer get over her long-standing fear of a sharp-toothed monster from the deep dragging her into the depths. Win-win.

We fringed-out on Thursday evening, stopping by Vintage Lounge for some vino and 167 Raw bites. We know it’s nothing new, but some things bear repeating — the 167 Raw lobster roll is damn good.

While nothing will ever taste quite as good as your very own 15 minutes of fame, we did enjoy some eats that rivaled meeting Al Roker and Kathie Lee Gifford on Friday.

A media brunch at the Hotel Bennett had Gabrielle executive chef Michael Sichel walking around with she crab beignets topped with powdered sugar (then dipped in lemon aioli). A decadent way to start the day, these bad boys helped line our stomach before we entered the village fray.

Once in the Culinary Village, we bee-lined to the beer garden. More of a hoppy, high ABV, gluten fiend myself, I went out on a limb and tried the Wolffer Cider Dry Red. Reminiscent of a slightly sweeter sour beer, this could be the summer’s new rose. Take heed.

Maybe it was the whiskey talking but Whiskey Tango Foxtrot was perhaps the best event we attended all weekend. The number of attendees, the venue, the music (big ups to Rachel Kate and her cape-wearing crew), the cigar bar, the gentle breeze, the food, the whiskey. Attendees even walked away with hand-calligraphed Makers Mark bottles.

My weekday sweet tooth is generally limited to Jolly Ranchers and Dubble Bubble at my desk, but something in me was awakened when I bit into my first piece of Jessica Grossman’s brown sugar bourbon cake (yes, there were more to follow). Paired with a finger of High West American Prairie Bourbon … I can’t even think about it.

By Saturday, we were starting to slow down a bit — I think my metabolism was about to call it quits. So when we stumbled on Katy Keefe’s Ambrose Farms strawberry parfait in the village, I savored every fresh, tart bite.

Also falling into the ‘something light and delicious’ category was Megan Deschaine‘s Avery Islander cocktail made with vodka, pineapple juice, cucumber syrup, lime juice, and Tabasco chipotle sauce, garnished with a lime wheel and chili salt.

In the market area, we happened upon Charleston Artisan Cheesehouse handing out samples of the inside of their Low Country Burrata — pimento Fromage Frais finished with cold hickory smoke. We grabbed one to go to eat in the Uber on the way home.

Eighty degrees and blindingly sunny, Sunday’s temps were not totally conducive to chowing down, but what the hey, we enjoyed some memorable bites anyway. Chuck and Patty’s held it down in the industry lounge with juicy mini burgers, a theme that carried over from Saturday when industry peeps — and Al Roker himself — devoured (honestly in record time) Pub Fare burgers.

The fest’s finale event, Southern Renaissance, was billed as an evening featuring chefs who “push the boundaries of what has been called ‘traditional southern.'”  Open to interpretation, yes, but most guests were in agreement that Corrie and Shuai Wang’s hot pot lamb cheesy Gortida Crunch was a thing of creative beauty, and better than Taco Bell.