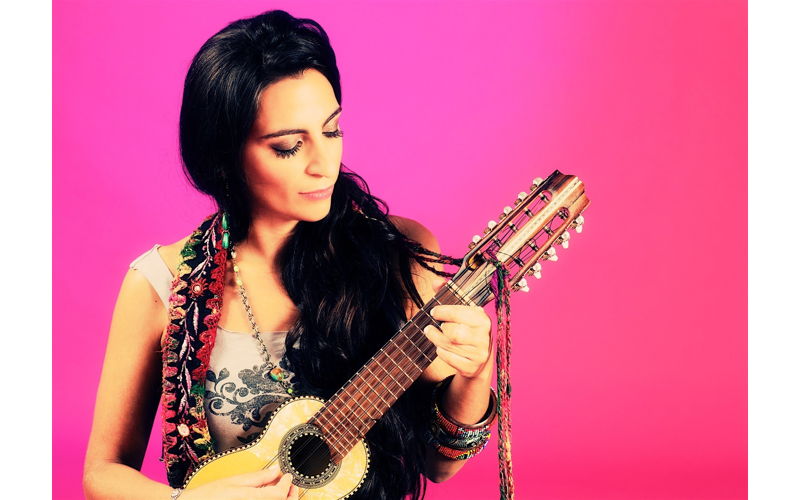 Sofía Rei is a musical drifter. Ever since her first album Ojalá was released in 2006, the Argentinian jazz vocalist has pushed her boundaries time and time again. And her ability to experiment, while still holding on to her past, is a critical part of her sound.

It’s represented no better than on her newest work El Gavilán. And, while the album is a tribute to Chilean songwriter and activist Violeta Parra, all of Parra’s songs have been reworked to fit Rei’s style. When looking at it next to her first album, it’s initially confusing to see how they’re related. Ojalá has the music of a hidden gem in the Miles Davis back catalogue. Its horn section and piano parts have enough subtle livelihood to compliment Rei’s bouncing South American poetry. El Gavilán on the other hand features a much more adventurous personality. The horns have become less prominent and have been replaced by an army of loop pedals. While the first album is more of a twist on traditionalism, the latest is a fascinating listen that leans on guitar effects and Rei’s strengths as a vocalist.

Sure, point A and B look pretty different, but listening to the albums in between her first and last show a pretty clear trajectory. Her second album Sube Azul is a depiction of Rei’s music in flux. Songs like “Cardo O Ceniza” use a jazz form in their rhythm sections, but don’t stick to a lot of the same musicality. A very strong Latin influence and a new focus on ambience both complement Rei’s range as a singer.

In many ways, the album represents a change in Rei as a person. While she initially resisted playing music that reflected her Argentinian heritage, the songwriter began to change the way she viewed South American music while spending time in her new home of New York. “When you are abroad, you develop a sense of longing for your culture,” says Rei. “I felt more connected being outside Argentina to Latin American culture.” It also led to her use of varied South American musical cues and instruments, instead of only Argentine music. “[In New York], there are so many people from different countries of Latin America, from different parts of Latin America that showed me their traditional music.”

Rei continued down that path on her third album De Tierra y Oro. The album lays down countless layers of worldly instruments, each speaking their own native tongue. It features Bolivian charangos, Columbian marimbas, and Argentine bombos among the usual suspects like guitars and drum pads.

Despite what some people may think when listening to her later music, Rei is not rejecting the jazz influence that was so present in her early music. Through some musical philosophizing, Rei claims that it’s the opposite. “I think jazz is more like a way of making music,” says Rei. “In that sense, there is this idea of exploration that’s always present in making the music, but also in performing the music.”

Not only does she live up to that adventurous personality on her newest album, but also in her live performances. “I moved to the U.S. originally with the purpose of studying jazz improvisation. Mainly I was very interested in what I could develop as a vocalist,” Rei says. Her personality shines in her performances. Rei shows off the power in her voice with animated and dynamic renditions of her studio music and is clearly having the time of her life on stage. Her improvisation never takes over the song, though, making live sets a perfect meeting place for both newcomers and dedicated fans.

Despite having only four albums, Rei’s a bit of a workaholic. She’s been touring since 2012 in both her sextet and in a trio. In addition to her solo work, she has performed in a group called Mycale with composer John Zorn and vocalists Ayelet Rose Gottlieb, Sara Serpa, and Malika Zarra. And even though El Gavilán was just released, Rei is ready to record her fifth album. “It’ll happen eventually.”

Sofia Rei has a handful of Spoleto shows scheduled and each will be a different shade of the artist. Her first night will be heavy on loop pedals as she plays original material that explores her abilities as a vocalist. Rei’s fourth and fifth performances will be tributes to Cuchi Leguizamón and Violeta Parra, respectively. Her final performance at the festival will be with her quartet consisting of Leo Genovese, Jorge Roeder, and Franco Pinna.