Singer-Songwriter of the Year: Johnny Delaware 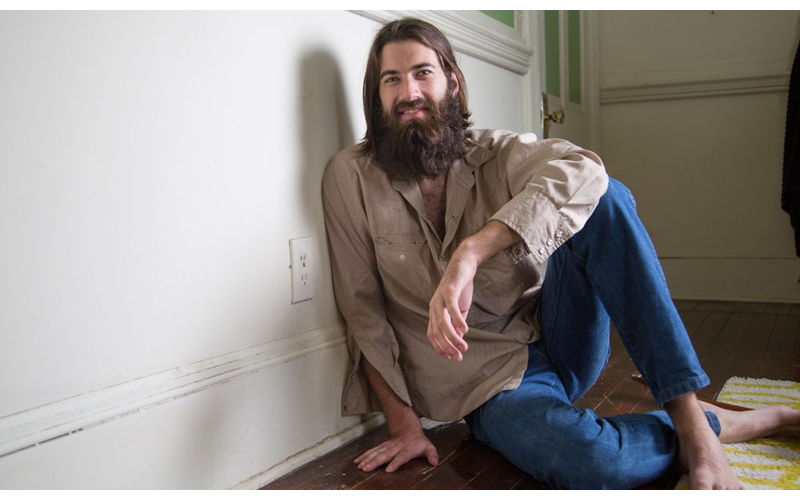 The first time you see Johnny Delaware, even before you learn his assumed name, it’s easy to imagine that he just stumbled into town from parts unknown. The slender guitarist and singer/songwriter has the style of a ’70s country outlaw, whimsically long-haired, bearded, and bemused, something only accentuated when he sits at the piano or holds a guitar in his hand.

As it turns out, that is mostly true. Delaware is a South Dakota native who spent time in Nashville, Albuquerque, and Austin before sauntering into Charleston with the hopes of recording with a producer he had heard about.

“I became friends with [the High Divers’] Luke Mitchell when I was in Austin, and he had told me, ‘Hey, I know a good producer in Charleston, maybe you should go record your songs over there?'” recalls Delaware, who is currently on tour with SUSTO. “So I decided to move to Charleston to record with Wolfgang [Zimmerman].”

That mix of easygoing adventurousness and dedication to music is what really defines Delaware. He dropped out of college a year shy of a degree in social work to make music, with little care for how the money side of things worked out. He’s slept on couches, toured on a shoestring, and worked odd jobs — all to make it work.

“You just gotta dream and do it. You can do anything you want in life, there’s nothing stopping you,” he points out. He also champions the path less traveled. “The struggle is the best part. I used to have four dollars in my bank account, and I love it. It’s such a rush. How am I gonna buy coffee tomorrow?”

After committing to moving to Charleston, he simply kept calling Zimmerman until they finally linked up and started making music together, including the 2013 full-length Secret Waves and this year’s split seven-inch with SUSTO. The Midwestern transplant has also lent his multi-instrumentalist talents to some of Zimmerman’s other projects. Delaware speaks with reverence and some awe of the Brave Baby drummer and producer/engineer-about-town.

“He’s really got this hip-pop thing going,” Delaware says. “He comes up with some cool shit, and he makes me way more hip than I am I feel like. I can hear [the production of my songs] in my head before I record them, but it’s awesome when somebody else presents a whole other paradigm of what the song is and where it can go. We’re all very lucky to record with him, and we love him a lot.”

For all of Zimmerman’s efforts, though, it is the effusiveness of Delaware’s personality which seems to define his songwriting and recording outputs thus far, deftly blending an array of influences that nod toward crooning pop-rock in the vein of Chris Isaak or Roy Orbison, the theatrical roots-rock excess of Bruce Springsteen, and the dark post-punk romanticism of Echo & the Bunnymen. He’s also comfortable in the troubadour vein, as the composition “Time” from his split seven-inch with SUSTO suggests. It’s a quiet, finger-picked ballad that is carried by the soft swell of keyboards and leans into the weary introspection of Delaware’s lyrics.

Delaware clearly revels in the way music can create a world and a persona. That’s why he often tells people “Delaware” is his real name, in part because it speaks to how he has made a musician’s life here in Charleston.

“It just adds to the mystery of the person that I am on stage,” he says. “I don’t think Bruce Springsteen would have been as big if he didn’t create his persona, or Joe Strummer. Anyway, every one of us is just like a character in a play anyway. Shakespeare was right when he said that. Why not go with it, create your own character, and kick ass? Do what you want to do, be your best self.”

Despite his recent solo accolades, Delaware is happy to be committed to playing in SUSTO full-time. Although he has new material recorded, he’s setting aside his solo work for the foreseeable future.

“I’m just focusing full-time on SUSTO right now, and that’s what needs to happen,” he says. “We’re all dedicating 100 percent of our time to it. You gotta run at whatever you want to do.”