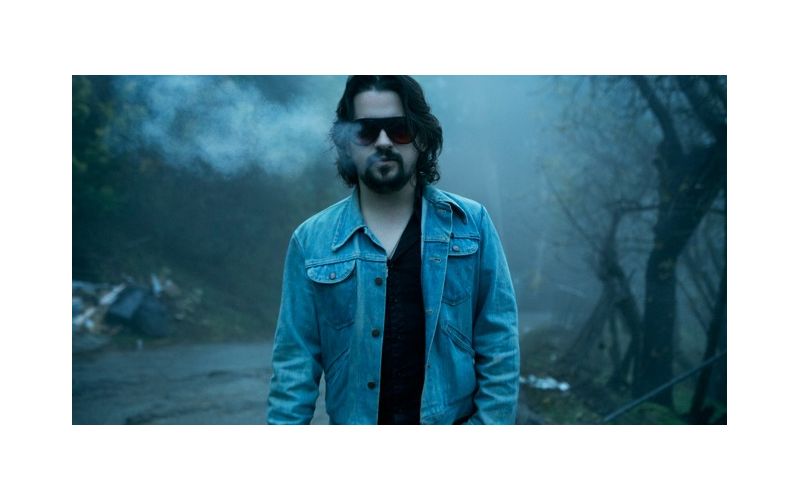 Shooter Jennings hates today’s country just as much as you do. In fact, he hates the polished-pop that today’s Nashville puts out so much he has changed his mind about the man who first dragged country music out of the honky tonks and into the world of the arena-rock firework-show, the man who said bye-bye to Minnie Pearl and the Grand Ole Opry and hello to P.T. Barnum and Gene Simmons: Garth Brooks, the King of Pop Country.

“Garth Brooks is as country as shit,” Jennings says. “Back then it was like, what the fuck is going on. This guy is terrible. This isn’t country music,” Jennings says. “I would take that any day now. That means the bar has been lowered so far that we’re like, please.”

He adds, “I would listen to only Garth Brooks all day if that’s what I could get.”

We feel ya. Today, it’s hard to tell the difference between a hit country song and a teenybopper heat-seeker on the Top 40 charts. I can’t believe this is what country music has become. Now every band is like that. Every artist is like that. And if they’re not like that, they’re like the other strain — the Hank, tailgate, dirt-road party,” Jennings says. “Or all the music sounds like Nickelback.”

And on his latest, The Other Life, the son of music giant Waylon Jennings lets the expletives fly, metaphorically and literally, especially on two of the album’s standout tracks, “Outlaw You” and “Gunslinger.”

On “Outlaw You,” Shooter Jennings rips into today’s pre-fab outlaw bands, singing, “Hey pretty boy in the baseball hat/ You couldn’t hit country with a baseball bat/ Country ain’t just about where you’re at/ It’s about being true to what’s inside of you/ You say you’re an outlaw with the perfect boots/ That your record label got from their image group/ Singing another man’s songs with a big drum loop/ Listen son, you ain’t got a clue/ You can’t buy truth/ Tell you what they should do/ They should outlaw you.”

What makes “Outlaw You” particularly interesting is that it sounds just like the modern county that Jennings mocks. He says that one unnamed country song in particular was his inspiration for the tune.

“Musically, this song isn’t that bad. Melodically and musically, it’s got a lot of energy. I understand why kids like it. I understand why younger kids would get fired up over it because it has kind of an exciting rock ‘n’ roll-ish-country feel to it, but it’s pretty empty otherwise,” he says. “I remember thinking that, and being like, somebody should write a song like that making fun of that. That was the start of that. But I wanted to make a point, and not just a Weird Al Yankovic song.”

Meanwhile, on “Gunslinger” Jennings spits out taunts like a trash-talking rapper: “Don’t call me an outlaw/ I’m a motherfucking gunslinger/ You want to run your mouth all day long/ You better keep your eye on my motherfucking trigger finger/ Do you feel me, punk / Do you feel me, punk.” “Gunslinger” not only draws from hip-hop, it features a full-on saxophone jam to close the album. Seriously, the song is as badass as a mule that just kicked in your front teeth before walking off with your BFF.

“I didn’t want to do a guitar solo on that song,” Jennings says. But when he found that a saxophone-playing colleague named Jonathan Stewart was available, Jennings knew exactly what to do. So he and his producer brought Stewart in and told him to get as jazzy and crazy as he liked. “He got in there and was just going off, and we had some synthesizers going off a little bit too. It just kind of made the whole thing real in the moment, hard to identify what instrument was playing.”

Of course, Jennings doesn’t just talk the outsider talk. He’s a tried-and-true Muzak City rabble-rouser who knows how to write a traditional country ballad (Other Life‘s beautiful and melancholic title track and “Wild and Lonesome,” a duet with Patty Griffin) and pen a prog-rock freak out (See 2010’s Black Ribbons concept album featuring Stephen King as a doomed DJ living in the New World Order.)

Now that Jennings has given Nashville perhaps his best fuck-you to date with Other Life, he is thinking of returning to the concept album world. And get this: He’s not only thinking of one, he’s got plans for two.

“With Family Man and this record, I got some things out of the way, and now I’m going down that path again of let’s see how far we can take this,” Jennings says. “I know I’m never going to be a radio success. I know I’m not going to be on private jets, tour buses with six trucks. Maybe one day if something freaky happens. I realize the reality of it.

“The older I get, the more I realize that it’s my responsibility to go and fuck things up and do crazy stuff because that’s what I have to offer,” he adds. “What I don’t have to offer is trying to fit into something else.”