Seven music festivals you can drive to 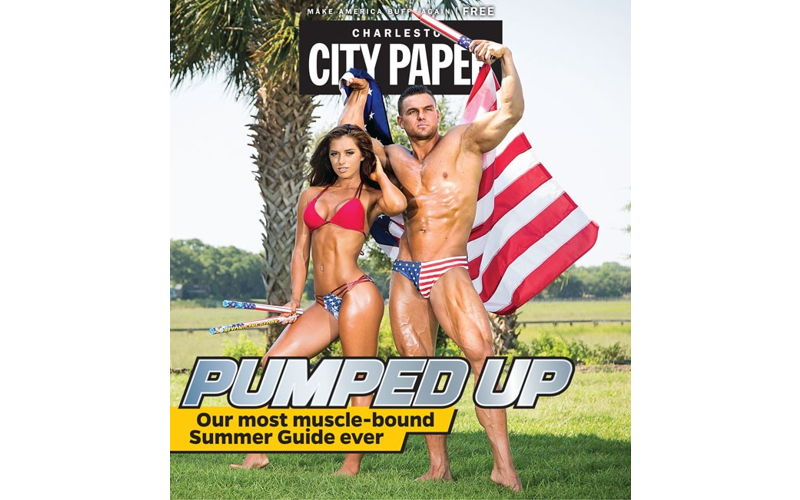 Unfortunately, Bonnaroo, the South’s largest and most well-known music festival, has already ended. But who needs it anyway? Bonnaroo isn’t the only festival the South has to offer, and, as this list shows, it’s not even the best. Check out these upcoming music festivals to get your sonic fix while staying south of the Mason-Dixon this summer.

Created in 1994 to celebrate the 25th anniversary of Essence magazine, this “party with a purpose” has since grown into the largest event celebrating black culture and music in the United States. The festival is held in the Mercedes-Benz Superdome and artists perform either on a main stage or in four standing-room only “superlounge” stages. This year, headliners will include Mariah Carey, Maxwell, and Kendrick Lamar. Other performers will include Common, Digable Planets, and Odd Future-affiliate, The Internet. The Preservation Hall Jazz Band will also make an appearance. In addition to the evening concerts at the Superdome, Essence hosts speakers at the Ernest N. Morial Convention Center, including the Rev. Al Sharpton, Tyra Banks, and Sybrina Fulton, mother of Trayvon Martin. Events at the Ernest N. Morial Convention Center are free to the public.

From the producers of the Bonnaroo Music and Arts Festival comes Forecastle Festival, a three-day music, arts, and environmental activism festival held on the banks of the Ohio River in Louisville. Created in 2002 as a small community event in Tyler Park, Forecastle Festival has grown into a national attraction and is now located on Louisville’s Waterfront Park. This summer headliners are set to include The Avett Brothers, Alabama Shakes, and Death Cab for Cutie. Other performers will include Danny Brown and Washed Out. Kentucky’s bourbon legacy will also be celebrated, both at The Bourbon Lodge and the Gonzo Bar (a tribute to Louisville native Hunter S. Thompson), which will be serving bourbon throughout the festival.

If camping out under the Georgia sky while listening to the bass-heavy sounds of electronic dance music’s top artists seems like your cup of tea, then Imagine is the festival for you. Imagine is an aquatic-themed three-day camping EDM festival held near Atlanta. This summer, Imagine is being held at the Atlanta Motor Speedway in Hampton, and performers will include Gramatik, Dillon Francis, and Corrin Roddick of Purity Ring. Alongside the performers, a multitude of circus performers, mermaids, sea creatures, and art installations will help give festival-goers a full sensory experience.

Since its inception in 2010, Hopscotch has become “one of the best and most eclectic music festivals in America,” according to Spin magazine, and is one of the signature events for Raleigh each year. Hopscotch hosts performances in 12 venues, all within walking distance of each other, and they range from the large outdoor main stage in Raleigh City Plaza to intimate club shows. Approximately 40 percent of the festival’s performers hail from in-state — an impressive number for any national festival. This year, headliners include Erykah Badu, Beach House, and Atlanta trap king Young Thug. Other performers include LVL UP, Anderson .Paak & the Free Nationals, and New York rapper Wiki. In addition to music, Hopscotch also includes an art exhibition, more than 30 parties, and the Hopscotch Design Festival, a festival showcasing emerging and experimental artists.

Now entering its seventh year, LouFest showcases over 30 national acts on four stages in the “heart of St. Louis,” Forest Park. This summer, festival headliners will include Chris Stapleton, Lauryn Hill, and the recently reformed LCD Soundsystem. Other performers will include Vince Staples, Anderson .Paak & the Free Nationals, and emo revivalists Foxing. The Preservation Hall Jazz Band will also be performing. The festival also showcases a number of local artists at the Market Square, also located within the park. In addition to music, LouFest also includes a children’s stage and village, an environmentally friendly vendor area, and the Nosh Pit, a food court area featuring restaurants from a number of St. Louis neighborhoods.

Located in Piedmont Park just outside of downtown Atlanta, Music Midtown has had a rocky history. Although created in 1994, the festival went on a six-year hiatus in 2005 before returning in 2011. The festival has been increasing in popularity since then, and this year’s performers include The Killers, Beck, Twenty One Pilots, and Deadmau5 as headliners. Past performers have included Drake, Eminem, Pearl Jam, and hip-hop supergroup Run the Jewels.

Just because the days are getting shorter and temperatures are getting cooler doesn’t mean that your summer has to end just yet. As the seasons shift into fall, The Fest remains to keep your summer festival dreams alive. Organized in 2002, The Fest is run by No Idea Records, a Gainesville-based independent record label specializing in various styles of punk. As such, the fest is geared towards punk rock, and bands at The Fest perform in a variety of venues in downtown Gainesville ranging from small bars to large concert halls, and there are also numerous unofficial house shows. This October, performers will include Jeff Rosenstock (of Bomb the Music Industry! fame), AJJ (formerly known as Andrew Jackson Jihad), and Winnipeg anarcho-punks Propagandhi. Other performers will include Dikembe, Dowsing, and Philadelphia DIY-duo Slingshot Dakota.

Our most muscle-bound Summer Guide ever

Six Charleston bars on top of the world

Four beach games for everyone

Six ways to get wet this summer