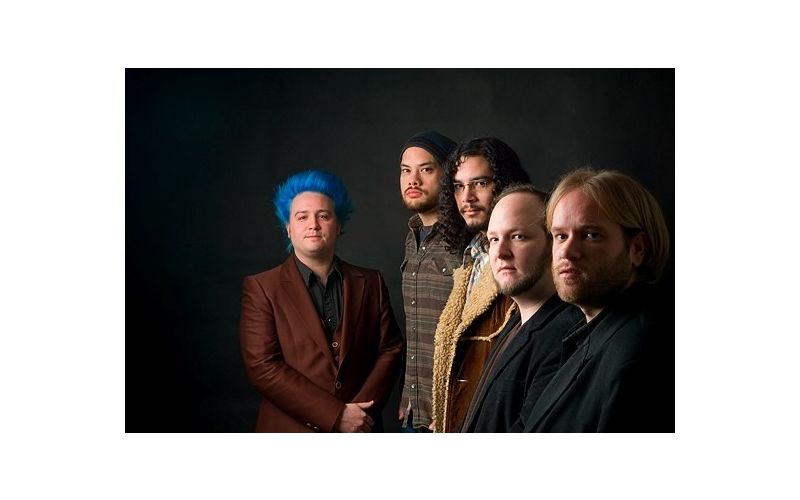 It’s one thing for bandmates in a cover band to learn their individual parts and collectively nail an arrangement of a song. It’s another thing to do that and simultaneously recapture the personality of the band they’re covering and the tone of the piece itself.

When Curtis Gergen put Same As It Ever Was together, he didn’t want to have anything to do with fronting a lousy cover band. He wanted to respectfully and wholeheartedly have a blast playing the unique music of the Talking Heads.

“The thing that really let it slip into place was the fact that I was a drummer when we started,” Gergen says. “I realized I couldn’t really play and sing the material at the same time and make it come off properly, so I got moved to the front, which required a lot of whiskey at first. I understood the songs from a certain perspective.”

The band got its start six years ago, gigging regularly at Barley’s Taproom in Knoxville. Over the first six months, Gergen and his bandmates felt confident in the way they had learned, reworked, and embraced the music and character of the Talking Heads. By the end of their first year, they had over 80 Talking Heads tunes in the set list.

“Another thing that helped was that we all agreed to try to make the tunes our own,” Gergen says. “It’s one thing to learn the song, but at a certain point, you have to add your own pizzazz in there to make it come off properly.”

The original Talking Heads — guitarist/vocalist David Byrne, drummer Chris Frantz, bassist Tina Weymouth, and guitarist/keyboardist Jerry Harrison — met at the Rhode Island School of Design in the mid 1970s, moved to New York City, and started playing minimalistic punk/pop with a stiff but funk-tinged style. They were the nervous-looking, nerdy misfits in the punk scene at CBGB’s and Max’s Kansas City.

In 1977, they signed to Sire Records and released their debut, Talking Heads: 77. The sound expanded stylistically with 1978’s More Songs About Buildings and Food. 1979’s Fear of Music and 1980’s Remain in Light took huge steps away from the punk-rock norm with African-styled polyrhythms, a pronounced sense of repetition, and lots of weird synthesizers. Remain in Light featured the band’s first MTV hit, “Once in a Lifetime,” the song from which Same As It Ever Was took their name.

The band’s 1983 album Speaking in Tongues broke the Talking Heads into the mainstream. The lead single, “Burning Down the House” spent a long time on Billboard’s Top Ten. Powered by the relatively straightforward pop of “And She Was” and “Road to Nowhere,” 1985’s Little Creatures was even more successful.

“We handle nearly the whole book,” Gergen says of the Same As It Ever Was set list. “Just about every album, except for 1988’s Naked, which had a full horn section and was very hard to pull off. We try to throw in a lot of deep cuts from ’77 and the early records, but we can’t do too many of those in a row or we’d start losing the audience. Really, what the audience loves the most is the music on Stop Making Sense [the soundtrack to Jonathan Demme’s 1984 concert film]. There’s a balance that has to be achieved to keep people involved.”

After a while, the band developed its own chemistry. They became tight and loose in the right ways. They delivered each song respectfully while tastefully embellishing little things around the edges. They were distracted by the gimmicky theatrical temptations typical of the tribute band game (crappy pyrotechnics, silly wardrobes, bad choreography, etc.).

“We try have fun with it and look sharp, but we never delved into matching the exact Talking Heads garb,” says Gergen. “A first, we had matching Dickies shirts and stuff, just to add a unified element, but then I started venturing into a bunch of different suits. David Byrne is about a foot taller than me, and much more gangly, so when he wore his famous big suit, it looked great on him. It would just make me look really wide.”

“We always get really good feedback, which surprises me,” Gergen admits. “You’d think that after six years of doing this, we’d run into an offended fan who was a total naysayer. Maybe they’re out there, but they just don’t come up and tell us. Either way, if you’re playing and you’re projecting that you’re having the best time of your life, that’s what gets to people. The fun comes back to the stage. I just try to have the most fun as I can with this music.”