Sally Newman, founder of Charleston Legal Access, has died from cancer at age 36

"She devoted her life to fighting for others" 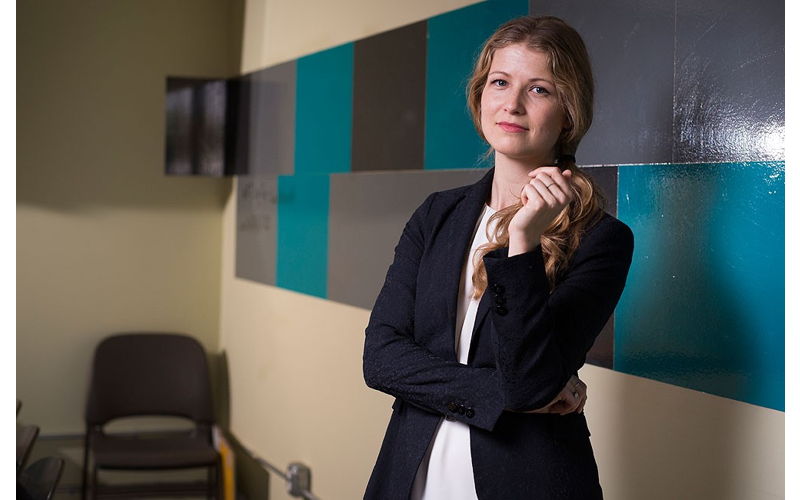 Sally Newman, who founded a sliding-scale nonprofit law firm after her experience seeing people fall through the cracks of the court system, died on Fri. Aug. 16 of cancer at the age of 36.

Newman grew up in rural Montana and founded Charleston Legal Access after graduating from Dartmouth and NYU Law School and working as a federal law clerk, including for Judge Richard M. Gergel in Charleston. It was through that work and firsthand experience as a child where Newman witnessed people in legal disputes wind up in even more trouble because they were unable to afford an attorney to represent them.

“In addition to growing up poor and seeing the impact that lack of access to the legal system has on people, not just people who are below the poverty line, but for anyone who has a modest income, running into legal trouble can be really disastrous,” Newman told City Paper reporter Dustin Waters in 2016.

Over the course of 2018, Newman began receiving treatment for osteosarcoma, a type of bone cancer, documenting her journey on Medium. On March 31, 2018, Newman married Romain Philippe Guimard, a French professional acrobat, at Mepkin Abbey. They first met in 2013 while he was in town performing with Compagnie XY for Spoleto Festival USA, according to the couple’s announcement in The New York Times.

In her final post on July 29, Newman wrote that her options for further therapy seemed limited, both because of increasing pain and obstacles in the health care system. Through it all, Newman remained thankful for the life she had, writing:

“I don’t have a bucket list. I’m lucky to have lived my life exactly how I’ve wanted to. I’ve traveled, and visited wonderful places. I’ve worked my ass off as a lawyer advocating for those without the resources to do it on their own. I’ve worn lovely clothes and attended lavish parties and renovated an old house and planted fruit trees in my front yard. I’ve marched in the streets and protested wars and then worked to resettle refugees from those wars. I’ve performed in and produced circus shows, dangling from rigs and trees and spinning freely, joyously, through the air. I’ve hiked mountains and visited parks and camped and had the most wonderful, enjoyable, frustrating, interesting mishaps and relationships and adventures. What I want now is mostly just to rest and be in retirement. I don’t care about the Mueller report or the eighty democratic candidates. I’m tired.”

In a statement on Thursday, Patrick Wooten, the board chairman of Charleston Legal Access, said, “Most of us spend our lives thinking of how we can advance our own interests. Not Sally. She devoted her life to fighting for others — for those who needed an advocate but could not afford one.”

“To say that Sally was selfless, brilliant, and passionate is an understatement,” Wooten said.

Writing that Charleston Legal Access will continue to build on the foundation laid by Newman, the firm’s executive director Lana Kleiman said, “Sally was a true visionary and because of her, each year, hundreds of our fellow neighbors will have access to justice that otherwise would not have been available to them. Her passing leaves a hole in the lives of so many, felt keenly by the legal community, her colleagues and friends.”

Adair Ford Boroughs, who officiated Newman’s wedding and previously worked as CLA’s executive director before announcing a run for Congress in South Carolina’s 2nd Congressional District, said Newman’s work will continue to have an impact.

“Very few people leave a legacy as far reaching as Sally’s, not only in her selfless work fighting for everyday people at CLA, but in so many individuals who have been forever changed by her presence in our lives,” Boroughs said in a statement on Thursday. “She will not only be remembered, but will continue to impact our world for the better through the many people she touched.”

Donations can be made to Charleston Legal Access or Sarcoma Warriors SC in her honor. Plans for a celebration of Newman’s life will be announced at a later time.