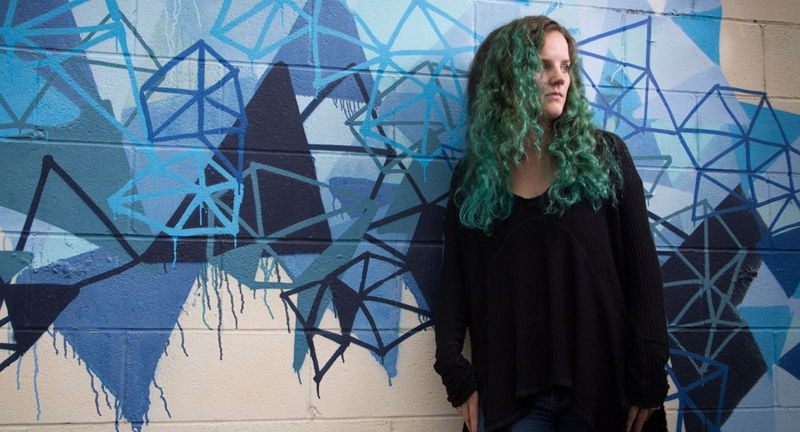 When I got off the phone with author Ryan Graudin, I couldn’t help but play “She’s a Bad Mama Jama.” Sure crooner Carl Carlton was singing about a woman with sick curves, but Graudin embodies the bad-ass spirit of the ’70s singer’s song. In 2015, the 28-year-old published three novels. Let me state that again: three novels. Add to that the fact that she published her inaugural effort the year prior and what you have is a whip smart, wildly prolific, fantasy-loving woman — just as fine as she can be.

Oh and did I mention she’s a Charlestonian? Yep, born and bred. Before Graudin became a beloved young adult author producing Wolf by Wolf, The Walled City, and the All That Glows series, she was a School of the Arts student.

“I’ve always been writing and known that’s what I wanted to do,” Graudin says. The precocious writer began pursuing that dream almost immediately after graduating from the College of Charleston. She got her first book contract at age 24. But lest you think Graudin’s shift from undergrad to published author happened overnight, well, it was more like a fortnight. Graudin pitched three different manuscripts to various publishers and finally sold the third one, All That Glows.

The first of her faery series, All That Glows is about the crowning of London’s new king who brings forth an era of unity between the human and faery worlds. There’s humor, romance, and, of course, a fiery-red haired protagonist named Fae. As you might guess, the book jacket looks like one of your mom’s romance novels only the soft-lit heroine has gossamer wings. That’s partly why some may be surprised to find Graudin’s latest novel Wolf by Wolf is about a world in which Hitler has won and the Axis Powers of the Third Reich and Imperial Japan now rule — no Tinker Bell-charged love story here.

“Every time I describe the concept of the book, people look at me like ‘Are you insane?'” Graudin admits. But the author grew up fascinated by World War II history. “There’s something about that time, humanity was pulled to extremes. It was one of our darkest, most evil times and resistance forces were risking their own lives to save their neighbors,” she says.

Wolf by Wolf follows Yael, a concentration camp survivor who endured experimental Nazi medical procedures that left her a shape shifter. In an effort to murder Hitler, Yael enters the Axis Tour, a motorcycle race across the Axis Power continents. The goal? Finish first and win an audience with the Führer.

So yeah, Graudin stitches together the past with science fiction, but we can vouch for the fact that she stays remarkably true to history when necessary — I vetted her WWII facts with my husband, an AP US history teacher, and he said she was spot on. That’s ironic given the fact that Graudin says she didn’t have good history teachers in high school.

“One of them didn’t want to teach about war. She was like, ‘I’m squeamish, we’re just gonna study the 1920s,'” Graudin says. This, of course, frustrated the young writer, but it also encouraged her to do her own research. “I read as much nonfiction as possible on WWII,” she says. In doing so she discovered that while book stores were littered with alternate WWII histories geared to adults, there was little in the YA section. So she hatched Wolf by Wolf, a book that has, arguably, all the makings of a YA hit — a world gone wrong, constant physical threats from an evil empire, and a cantankerous heroine fighting against it all. But that doesn’t mean Yael is just another Katniss Everdeen. In fact, Graudin calls bullshit on the entire concept of the “strong female character” trend.

“That term has always bothered me because that makes it sound like an exception,” Graudin says. “I prefer the term ‘complex female characters.’ We’re writing real women, real girls.”

As for an increase in books with such characters, well, that’s a matter of statistics. Graudin says that there’s no getting around the fact that the majority of YA authors are female. Beyond that Graudin believes authors have become women of agency depicting worlds in which women like themselves are the stars of their own story. “We lived our lives and out of that came these characters,” she says.

You can count on Graudin to serve up more spunky stars too. The sequel to Wolf by Wolf will release next fall, making that her fifth published novel before she turns 30. Bad mama jama indeed.

Ryan Graudin will be appearing at three YallFest events on Saturday: Moat by Moat at American Theater Ballroom at 12 p.m., a book signing at Blue Bicycle Big Tent at 2 p.m., and Strong Female Characters, Ugh! at Charleston Museum at 4 p.m.

The shoe company Sperry has suspended its sponsorship of the annual Charleston Race Week over a Confederate flag “motif” on the flag of the sailing event’s parent group. The leaders of Race Week and Charleston Ocean Racing Association (CORA), which runs the event, say they will work with association members and Sperry to reach a […]