Ryan Bonner blazes through new LP in the backwoods 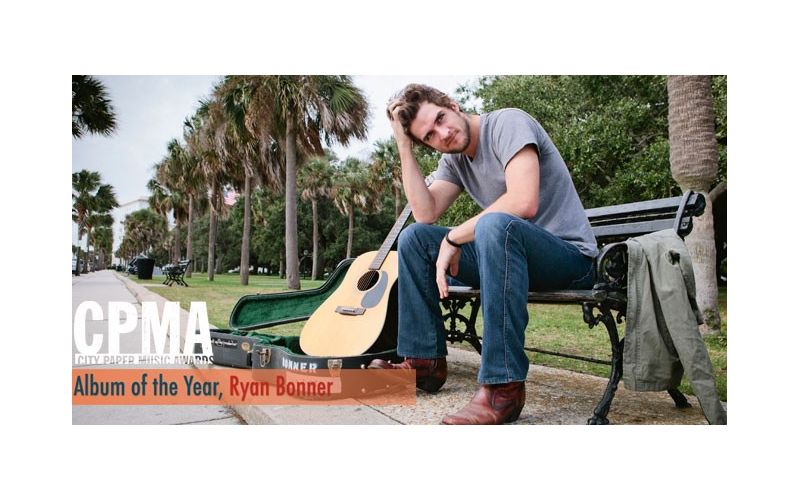 Ryan Bonner got his first guitar when he was 12. That was around the time Nirvana’s Unplugged in New York album was burning across the galaxy of American adolescence, so naturally it was an acoustic guitar. His dad took him to pick it up.

“We got it from this hippy downtown, some College of Charleston drop-out dude. Went in there and the place smelled like pot big time,” Bonner said on a recent evening over a beer at Closed for Business on King Street. He has the look of a guy who could be on a TV show featuring nice-looking young people with good bone structure and perfect hair who play music for a living. When he walked into the bar, people recognized him.

Bonner fiddled with that first acoustic guitar for about two years before he started taking music seriously. By the time he was a senior in high school, he was playing gigs around town, using a fake ID to get into venues like the now-defunct Charleston Jazz Club on Folly Road. As a teenager, the amount of cash he was raking in playing Dave Matthews cover songs was unreal.

“We were kids. I thought, man, music’s great, I’m making all this money. It didn’t turn out that way,” he laughs.

Bonner was writing his own material by the time he was in college at Clemson, but it wasn’t until four years ago that he started taking the original stuff more seriously. He still plays cover gigs around town to pay the bills since he’s doing music full time, but this year his second full-length album, Only When It’s Burning, which came out in September, won Album of the Year in the City Paper Music Awards.

Only When It’s Burning is a departure from his previous efforts. For one, it was the first time he’d used a well-known producer, Joe Taylor, who’s worked with national acts like Emmylou Harris, Steve Holley, and Buddy Miller, among others.

Bonner met Taylor one night doing sound at Home Team and recorded Only When It’s Burning in a studio out in the woods near Beaufort out of the range of cell-phone towers. Some well-versed rockers came through and played on the album, like members of Wings, Joe Cocker’s band, and musicians who’ve played with Keith Urban.

Initially, the album was set to be an EP, but once Bonner hit the studio with Taylor and company they decided to write more songs and flesh out a 13-song full-length album. He wrote the last song, the acoustic “My Poor Heart,” from start to finish in a downstairs cabin by himself at the studio.

Bonner has much love for the city where he grew up and embraces its music scene, one he says where Americana — the kind of music he plays — has a tight-knit following.

“It’s a really cool scene, and now that we’ve had some notoriety from certain people in town like Shovels and Rope and Band of Horses moving here, Charleston’s becoming a thing, and it seems to be like there’s a little more buzz,” he says. “It’s a lot more supportable and collaborative and veritable than I feel like it was eight or 10 years ago.”

Some of Bonner’s friends have recently moved to Nashville, and Bonner goes there sometimes himself. “I’m not ready to completely commit to be in Nashville yet,” he says. “That’s a different kind of grind. I’d like to have a little more base set with something, a little more in my guns.”

As for winning best album this year, it came as a surprise.

“I didn’t expect it all. I voted for Brave Baby,” Bonner says. “Their record is awesome.”

First off, thanks for voting, dear readers, in the 2018 City Paper Music Awards — and cheers to you for voting thoughtfully.