Romney staffers give occupiers and Ron Paul supporters the boot 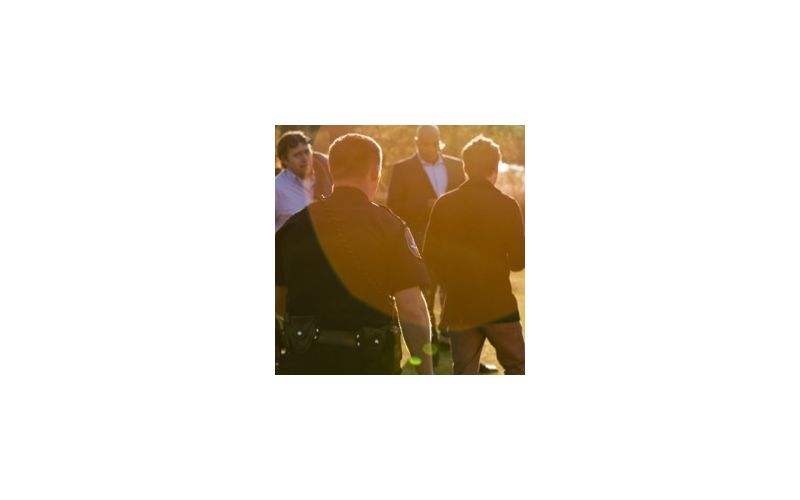 The occupiers had kept a low profile while waiting on the former Massachusetts governor to appear, and they said they had no intention of performing a “mic check” protest like the one they used to disrupt Michele Bachmann’s foreign policy speech on the U.S.S. Yorktown in November. Half an hour before Romney’s speech, a staffer approached the occupiers with a pair of police officers and told them to leave, saying the section of the state park the campaign had rented was private property. When the City Paper asked the staffer why the occupiers were being thrown out, he said, “I’m sure not telling you.”

Also among the outcasts were at least two Ron Paul supporters, neither of whom had created a disturbance. One was Mark Timms, a former member of John McCain’s campaign steering committee from 2000 who was wearing a Ron Paul T-shirt under his jacket. “I got in, but they turned me around pretty quickly,” Timms said.

Kneena Raheja, who did not identify with either the occupiers or the Ron Paul campaign, said she got the boot after talking to reporters about transgendered people not feeling safe at a Romney rally. “I think it was my statement about how I never leave my house without a snack and a knife because you never know when you’re going to be detained by the government,” Raheja said.

When Romney, Haley, and McCain finally appeared on the outdoor catwalk, the event went off without a hitch. Romney has dealt with Occupy hecklers at past rallies. When one Occupy Boston member asked Romney to make the statement, “Corporations are abusive people,” Romney gave a lengthy rebuttal about the virtues of free-market capitalism.

Haley spoke first, saying, “This is a man who went in as a governor of a liberal state, cut taxes 19 times, and balanced his budget.” She said she had asked him what he would do about President Obama’s individual health care mandate, which is similar to legislation Romney had championed in Massachusetts, and he told her that South Carolina would be able to get a waiver from the requirement.

McCain said he and Romney had buried the hatchet after the contentious 2008 GOP contest, in which he had criticized Romney for taking inconsistent political stances over the years on issues including abortion. “Mitt and I fought an honorable combat for the nomination of our party back in 2008,” McCain said. “I want to tell you that afterwards, there was no person that worked harder, that did more to help me in my quest for the presidency of the United States than Mitt Romney, and I will always be grateful for that.”

Romney made no direct critiques of his opponents for the nomination, leaving McCain to take a swing at Rick Santorum by saying that he was an earmark spender, which he called “the gateway to corruption.” Romney himself said President Barack Obama had created a regulatory environment that stifles job growth and talked about saving “the soul of what this nation is.”

“I think [Obama] wants to change us into an entitlement nation,” Romney said, “a European-style social welfare state where the role of government is not to encourage the freedom and opportunity of individuals, but instead to take from some to give to others — thinking that somehow will create greater equality. He’s wrong. That’s not what America is. We don’t want to be Europe. Europe doesn’t work in Europe.”

Romney also critiqued Obama’s support for investing $500 million of tax dollars in failed solar-cell company Solyndra, saying that as a former employee of Bain Capital, he had overseen the investment of a mere $5 million to get the office supply company Staples started.

The occupiers, who stood in the parking lot throughout the event, had planned to ask Romney questions about his support from Super PACs and his involvement with Bain Capital. Bain purchased American Pad and Paper in 1992 and quickly laid off a number of workers at an Indiana plant, leading to a strike and eventual shutdown. Former union leaders say Romney could have done more to save the jobs and resolve the labor dispute.

There was no question-and-answer session at the end of Romney’s speech.