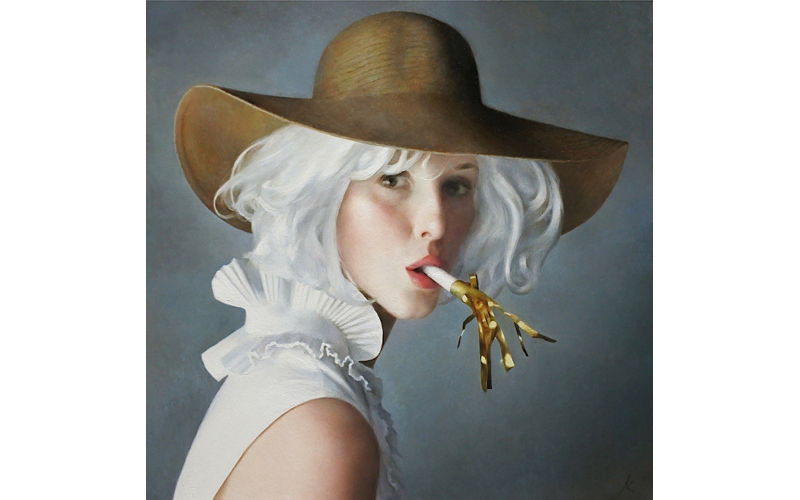 “When we first opened, we were 23, bubbling with idealism, and trying to fulfill some philosophical ideal,” says Robert Lange, reflecting on opening his gallery in 2005. “We knew we wanted to create this gallery environment where every kid, homeless person, police officer, and really any person who walked through the door would receive respect. We’ve always tried to hold onto that.”

Lange and his wife, Megan, opened the gallery with a mission to bring art to everyone — to break free of the bourgeois mold that many galleries represented.

From day one, this vision has been their guide, because art, like music, “belongs to the people,” says Lange. “It’s this big beautiful democratic system. Every single human being deserves art, and it’s not about buying it. It’s about appreciating it, seeing it, taking it in, digesting it.”

This September, the gallery will celebrate how far they’ve come and the artists who’ve been along for the ride with an exhibition entitled Everyone’s A Winner. They’ve asked 50 artists who have worked with the gallery since its beginnings to create one special piece exclusively for the show. “We didn’t want to give them any pneumatic guidelines where they were boxed into a specific idea,” says Lange. “We basically got a tidal wave of exciting contemporary work from some of our favorite artists. I think when you let someone follow their own compass, you end up getting work that’s very true and authentic to who they are as painters.

“We wanted this entire show to have buoyancy and levity associated with it. This night is nothing but celebration. It’s not about selling paintings or some hierarchy of who’s best or worst or placement of your painting. It’s about every single person that’s participated is equally important in our eyes.” Instead of prizes or preferential placement, every artist will be awarded a “slightly ridiculous” superlative, says Lange, like “Best Use of a Panda” or “Best use of Prussian Blue.”

Every year, they’ve hosted a celebration of their beginnings, but this year is a unique reflection on the artists who have evolved with the gallery. “So many of these artists were young and along the road with us. It amazes me that we might’ve worked with an artist when they were 25 and now they’re 40, and not only have they evolved and grown, but so has their artwork.”

Though the gallery has worked with hundreds of artists from across the world, each participant in this show represents a significant step in the Robert Lange Studios (RLS) journey, like Kerry Simmons.

“She’s been making work for us for nearly the entirety of the gallery, nearly 15 years, and yet I still never know what I’m going to get from her when I ask for a new piece,” says Lange. “She was a mixture of classical ability with these graceful, figurative subjects, but she also had a little quirk, at times a little darker, more macabre side to her. And it was really authentic because she wasn’t just trying to make something pretty.”

Or there’s Patrick Kramer, a new artist to the gallery who replicates masterworks and then selectively scrapes away aspects of the canvas. “I think he’s one of the young modern masters. I can see 20 years from now people visiting his work in museums because of the quality of work he’s able to achieve at such a young age.”

The show also marks a reinvention of the gallery. Instead of continuing in the path of becoming strictly a fine art gallery, RLS will become an interactive, creative experience. If you visit the gallery today, you’ll find some examples of this concept scattered throughout: a rock-stacking table for zen, a swing in the middle of a room that, yes, you can actually sit on, or a reflective ball reminiscent of the Chicago Bean that might inspire a creative snap for the ‘gram. In the year ahead, RLS wants to add another 10 to 30 interactive elements.

“We want to change the gallery from your normal gallery to an experience where anyone can come and employ their imagination and ignite their own inner artist, like an imaginative playground,” says Lange. “I have a belief that every human being is creative. All it is is giving yourself permission to do something and then going down that path.”