Rising rent and a slow, paperwork-driven permit process are pushing local businesses away 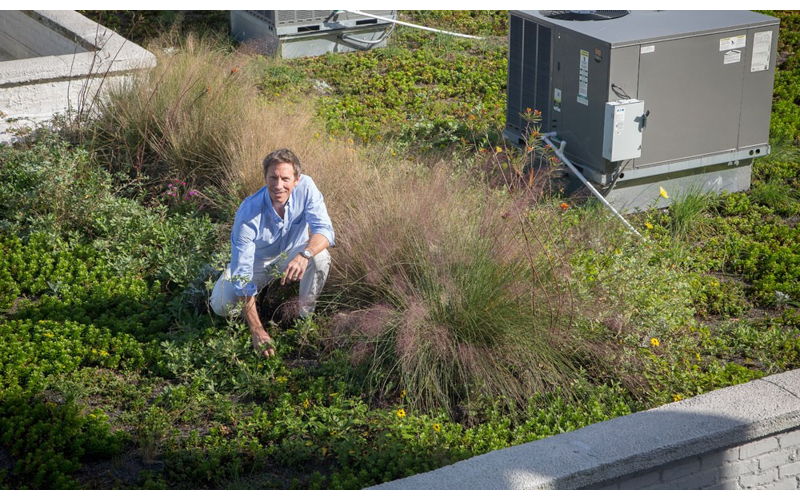 A booming local economy can work wonders for a small business, but often new companies are swept aside as a city attracts more large, national corporations. The area’s 2015 Regional Economic Scorecard, put together by the Charleston Metro Chamber of Commerce and the Charleston Regional Development Alliance, found that the city offers a “solid entrepreneurial environment,” but is not growing as many businesses as other similar metro areas.

According to Charleston business owners, the challenge of setting up shop in the city isn’t so much about nailing down the perfect idea or finding customers. The biggest obstacles for local businesses are navigating the city’s permitting process and competing with national companies for affordable work space — problems that affect even the most established entrepreneurs.

“I think from the outset, obviously permitting is a tough process. It’s tough because there are so many different departments involved in getting a new business, whether you’re trying to get a construction permit, a building permit, all the way to being able to have people in your business,” says Karalee Nielsen Fallert, owner and co-founder of Taco Boy, Monza, Closed for Business, The Royal American, Park Cafe, and Lee Lee’s Hot Kitchen. “The city has done their best, but it’s still not as coordinated as it could be. We’re behind the times as far as the technology that’s available, but I know that they’re getting ready to implement it.”

According to Fallert, acquiring the necessary permits to operate in Charleston still requires a lot of footwork on the part of owners. While some cities have upgraded to online platforms that link all the different permitting agencies and allow inspectors to update applications instantly, Charleston still mostly relies on a paperwork system to get things done.

“If you ever need to know what’s going on or you need to expedite something, you need to physically walk that paper around. Also, with building projects, where you have multiple sets of plans and revisions, those things actually get physically lost in the system in the city right now quite frequently. It’s not unheard of for someone to tell you, ‘We can’t find your set of plans,'” says Fallert. “It’s antiquated the way it is right now, but at the end of the day, I think everybody is working very hard. You go in there, you can see how exasperated people are. There isn’t a villain in the system. It’s just the system needs to be changed dramatically.”

For many young companies, acquiring the necessary building and business permits can exhaust the few resources they have available. In the time it takes to cut through all the red tape, a fledgling company can find itself at a major disadvantage before it’s even had the opportunity to start selling. Although Fallert has plenty of experience with getting a successful business off the ground, she still learns something new every time she goes through the permit process.

“There’s a lot of pitfalls. I think one of the biggest things is when you make a mistake in that process, it takes time and money to fix, and when you’re opening a new business, time and money are everything. You’re generally limited in both. It’s just a lot of pressure,” says Fallert. “Other communities have things set in place. Whether it’s an accelerated or guided path and process for locally owned businesses or there’s a preference for something that’s locally owned. There are other communities that have these processes in place, so it shouldn’t be too difficult for us to say, ‘That looks good over there. Let’s not recreate the wheel. Let’s just find the best wheel we can and move it over here.'”

The Race for Space

In addition to getting the city’s approval on any new business venture, entrepreneurs face the challenge of finding a location that suits their business without breaking their budget — a challenge that’s becoming increasingly difficult as the price of real estate in the city’s more heavily trafficked areas skyrockets and national corporations swoop in to grab any remaining available space.

“We’re trying to find space, and we’ve been looking for a year now. Everything is either too small of a space that’s really expensive with no parking or way too large of a space and too expensive, of course. That’s what we’re running into,” says Michael Whitfield, president and CEO of Green Roof Outfitters, which is headquartered in Charleston. “Everybody wants to be somewhere downtown or on the outskirts toward Upper Meeting Street and even beyond, but it’s just so difficult to find something that’s affordable for a small company.”

Green Roof Outfitters started up about seven years ago, operating out of a space in North Charleston until their building changed owners and they had to leave. Since that time, Whitfield has relied on shared work space, while searching for a location that can accommodate his growing business.

“One thing that nobody has that myself and other companies I’ve come across need is a tiny portion of storage area for inventory and samples of product. Nobody offers that where you can have a little space and have an option for a storage unit or a garage to store things in that would be a lesser cost per square foot than your Class A or B office space on site,” says Whitfield.

With an increasing number of national companies opening up locations in Charleston, locally owned small businesses find themselves fighting a losing battle over retail space downtown. Unable to compete with big businesses and rising property values, local owners are slowly being priced out of the area, and as a result, Charleston risks losing part of what makes it unique.

“It’s such an eclectic city, and they are kind of transitioning into Anytown, USA, very slowly. We’re losing some of that character, I feel, especially in the metro area downtown,” says Whitfield. “It’s still eclectic on the outskirts, but that’s going to change at some point. Even on the outskirts, it’s unaffordable for a small business to go there, so everybody is getting pushed out.”

While larger companies may be more appealing for property owners, Fallert points out that an over-reliance on national retailers may not work out so well in the long run. Although corporations are much more capable of moving into the bustling retail district downtown, the city must remember these companies are just as prepared to leave when business starts to slow.

“Inevitably, what happens is when an economic downturns occurs, you end up with retailers who leave. It’s just typical, like what happened to old Main Streets. That’s why most old Main Streets are dead,” she says. “You had all those national retailers pop out and leave when things got tough. Everything moved to the suburbs and then suddenly you have a ghost town downtown. When you concentrate those national retailers together, it’s not good for the long term.”