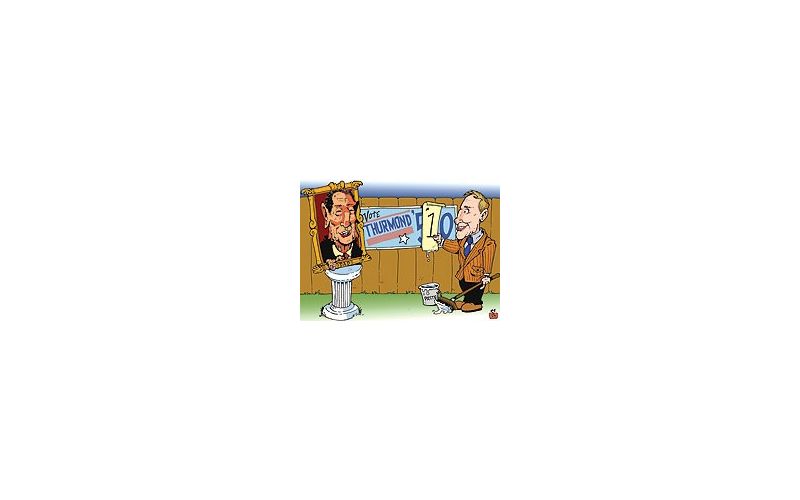 We did a story last spring following Carroll Campbell’s early challenge to Congressman Henry Brown, looking at the electoral fortunes of the sons of South Carolina’s political dynasties. With Paul Thurmond now weighing a congressional run, we thought we’d revisit the piece.

The coattails and the tall shadows of S.C.’s political dynasties

For more than two decades, it was hard not to find either Strom Thurmond or Carroll Campbell Jr. on a South Carolina election ballot. One was the state’s long-serving U.S. senator and the other was a well-liked Congressman and governor. Voters may see those names returning to political circles over the next 18 months — the Nov. 2, 2010, ballot could very well have two Thurmonds and two Campbells on it.

There’s an inherent value in name recognition, particularly when that name comes with memories of strong leadership and conservative S.C. principles. But there’s a flip side to seeking public service in the shadow of your father, where every step isn’t just critiqued, it’s compared to the man with the same last name and two very big shoes to fill.