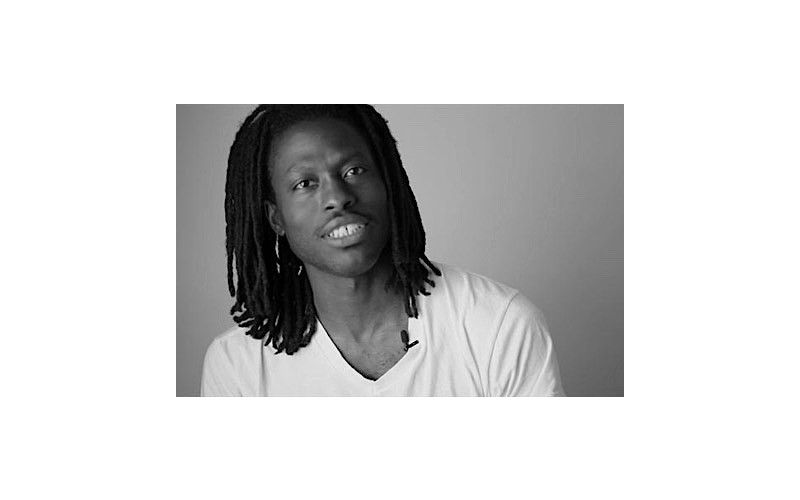 Roger Reeves, whose poems have appeared in Poetry, Ploughshares, American Poetry Review, and Boston Review, and who has been awarded a 2013 NEA Fellowship, two Bread Loaf Scholarships, and more, presents at this weekend’s Poetry at McLeod. Here, Reeves is interviewed by Columbia poetry student, Malachi Jones. As a high school senior at Charleston County School of the Arts, Jones won the prestigious Gold Medal Portfolio, the highest honor of the 2018 Scholastic Art & Writing Awards presented by the nonprofit Alliance for Young Artists & Writers.

City Paper: First, thank you for your upcoming appearance at this year’s Poetry at McLeod. The plantation life was and remains an integral aspect of the Lowcountry’s rich yet oppressive history, so we’re excited to have you share your insights and writing on this topic.

Roger Reeves: Thank you, I’m excited to take part in it. You know, I used to live in Atlanta and there were all these neighborhoods with names like “plantation oak” or “countryside plantation.” I would think, this is crazy. It’s crazy how we use this term to evoke some kind of pastoral or antebellum setting when it’s the scene of so much violence. We need to ask ourselves how can we have an honorable relationship [with the plantation]. What history has yet to be told? Even down to the architecture, what is the aesthetic imagination to be uncovered? Romanticization is a revisioned reality, and as poets, we have to revise that revision. As poets, we are always in a series of revision. Ultimately, it’s an opportunity to write.

CP: Being from New Jersey, some might see you as a Northern transplant. In fact, many of your works seem to place themselves in southern backdrops, whether it be the Lowcountry or other established regions of the South (i.e., Mississippi, Louisiana). What’s your connection to the Lowcountry or the greater American south? What draws you to these places?

RR: On my mother’s side of the family, my folks lived in Pageland, S.C., 40 miles south of Charlotte. My grandmother was born and raised there until she moved to New Jersey at 14. She had my mother at 20, but many of her siblings still lived there so she’d travel back and forth quite often. Growing up I did the same, spending summers there and such. Eventually, my family created a land trust and bought the land they used to slave and sharecrop. It’s called Black Creek. Might not even be the name of the town, but it’s somewhere in the woods. Father’s side is from Alabama. I live in Austin, Texas right now. Even though I was raised in the Northeast, I consider the South my spiritual homeland because, in some ways, it’s the homeland of Black America … it’s where we begin. We have a hard time tracing it back further.

CP: Fellow poet, Danielle DeTiberus, explained that a conversation with you acted as the motivation for her to write and really lean into race as a white woman living in the Lowcountry. Why must we continue to explore race as something more complex than simply skin color?

RR: Race is like the weather. It’s everywhere. It’s large. It surrounds everything. It’s sublime. It’s overwhelming, underwhelming. It’s descriptive, unique, and eccentric. For too long certain folks have had the ability to obfuscate it. But it’s important to understand that emotions are cultural. As is understanding how one thinks about happiness, sadness, life, and death. Black folks are doing a lot of heavy lifting. If we’re going to have honest, rigorous thinking then we have to deal with race, gender, sexuality, class, and even our moment in capitalism. They’re all interlinked.

CP: You mesh Greek philosophy, Egyptian mythology, Americana, and even contemporary musicians like Drake, into your work. What’s the rationale behind this? How do these moments come about?

RR: Yesterday, I watched a video of a woman in Cuba performing a dance, and after that I watched Helen Vendler [Harvard Scholar] give a lecture on Wallace Stevens. To me, all those things live in me simultaneously. I love the Aeneid. I also love Drake and black history. We read literary text; we encounter hip-hop; we encounter myth; we encounter pop culture, and they’re living inside all of us. For me, I don’t see them as quartered off from one another. I think of them as interacting. Jazz does this. It’s a black aesthetic — the risk, the improvisational aspect. I hear a line of Drake and think of Ezra Pound. I hear Miles Davis and I think of Robert Frost’s line “miles to go before I sleep.”

CP: Going off of that, in your poem “Domestic Violence” you’ve alluded to seminal writers like Gwendolyn Brooks, Ezra Pound, and Gene Demby. How have these writers and others influenced you, both in style and subject?

RR: When writing “Domestic Violence,” I thought of Gwendolyn Brooks’ mock epics like “The Anniad” that play with these older heroic forms by making them black or contemporary to her life in Chicago. And her work reminded me of the need for narrative poetry, and how narrative is where we get myths. Toni Morrison says that the job of the writer is to find the myth of their culture and to tell those myths. And so it gets me to think, what myths do we need? What myths haven’t been written? Particularly, murders at the hand of the police have created a sort of mythology that we have yet to narratively think through, and I wanted to write something that narratively thought through that. Brooks is formally brilliant. Ezra Pound was trying to write his own cantos. They inspired me to be ambitious in the work. To say the unsayable, to reach into the invisible. I often touch on the dead and the afterlife because those are the most invisible to us.

CP: What can we expect from your workshop and reading in regards to this necessary process?

RR: In terms of the workshop, we’re going to read some poems obviously. I want to encourage people to read history more. It’s not that poets always have to render that history in poetry but to know as much as we can about the spaces we move through. It’s to consider what we can do with what has come before, and what’s to be done in the future. As far as the reading, expect new poems from me. Poems that play because one of the greatest things poets can do is play. Their first job is to write a poem. After that, it’s to be open to new sounds and combinations.

Since 2008, writers have ducked into an alley for Piccolo Spoleto’s longest-running literary event, Piccolo Fiction.