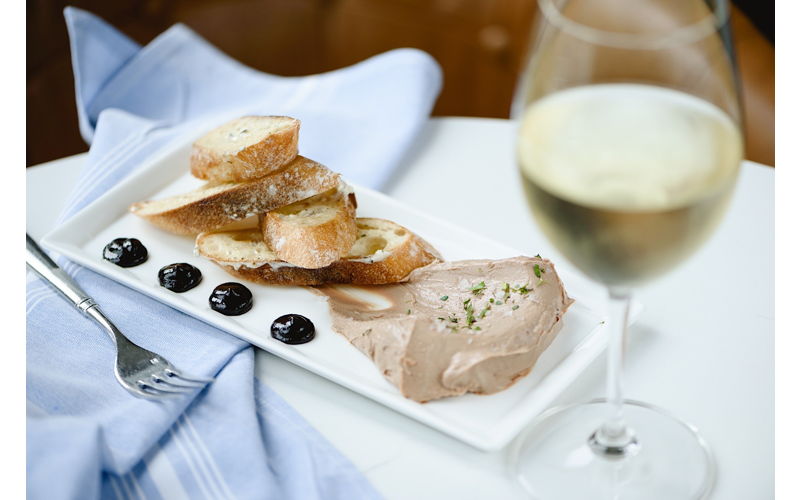 One Saturday morning, while contemplating lunch, I opened a spreadsheet and began typing in all the new Charleston restaurants where I had yet to eat. Two hours later, I was staring at a dauntingly long list. Dozens of places had opened their doors in recent years and I had visited maybe three.

Next, I tallied my old favorites and noted the ones I hadn’t visited in two years or more. The ratio was distressingly high.

It was time to dust off my eating pants, indulge in a few big dinners, and start writing restaurant reviews again. There’s no better way to get the feel for a city’s cuisine back into your bones.

Back in 2014, when I first tried to retire from reviewing, I fretted publicly that Charleston’s dining scene was losing its focus amid growth and change. The gaze of the national food media had shifted toward Nashville and Houston, and things just felt adrift. We seemed, as I put it back then, “weary of fine dining conventions, but uncertain whether fried chicken or tacos or noodle bowls offered the path to salvation.”

This time around, it feels different. It’s not that we’re adrift, necessarily — surfers paddling around, waiting for the next wave. It’s more like we’re getting pulled by a strong tide, but where it’s taking us isn’t clear.

Looking over my ever-growing list of new restaurants, I can’t connect the dots into a pattern. French classics, all-day breakfast, ramen, poke, endless wood-fired pizza and pasta — the styles are shifting and inconsistent, and so is the general mood. Online and in person, conversations swing from anxiety to outrage to despair, with a lingering cloud of negativity hanging over it all.

It wasn’t always this way. A decade ago, Jeff Allen and Eric Doksa and I were careening around the city, compiling Dish blurbs and crashing splashy events where live fire blazed and Pappy flowed. There was a palpable sense of energy and wonder in the air. Our dispatches sometimes veered into boosterism, for we were convinced that something special was happening in Charleston, and we wanted the rest of the country — indeed, the rest of the world — to take notice.

Take notice they did. The unsurprising news just arrived that Travel & Leisure‘s readers have voted Charleston the Best City in America — and for the seventh year running. “The punches-above-its-weight” food scene was a key factor. Conde Nast Traveler‘s readers piled it on, too, declaring us the top small city for the eighth year in a row, while Southern Living deemed us Best City in the South for the third straight time.

The same week brought news that the old Dixie Furniture building on King Street had been sold to a Philadelphia-based company who plans to convert it to — can you guess? — an extended stay hotel. If my informal tally is correct, this will bring the number of new hotel rooms on the peninsula to just over 37,000.

A natural reaction to such relentless change is to retrench, to wring our hands and demand moratoria. They’re ruining everything, those dreadful people from somewhere else and all that grubby money flowing in their wake.

Back in May, Kim Severson of the New York Times staked out the case that Charleston’s culinary scene is in peril. Robert Stehling had just closed Hominy Grill after 23 years, and Sean Brock had officially decamped to Nashville (though, in practice, that happened years ago). Waves of tourists and new residents are pushing locals to the side. Downtown rents keep rising. The labor crunch only tightens. The streets teem with bachelorette parties and cruise ship passengers, squeezing out the small Geechee restaurants and sending high-end menus retreating to safe, mediocre, but very expensive food.

But Charleston isn’t going to return to being a “jewel-box city,” as Severson characterized it, if indeed it ever was one. This influx of outsiders is nothing new. Neither Stehling nor Brock are native Charlestonians, after all. Our city’s culinary history has long been defined and redefined by waves of newcomers, drawn together (and brought forcibly together) from many different places.

It remains so today. Charlotte restaurateurs keep flowing down I-26, hoping to translate their success from the Queen City to the Holy one. Food truck operators convert to brick and mortar. Entrepreneurial chefs step out from established kitchens to try their hands at something new. They are drawing inspirations from all over the map, literally. Maison recreated a snazzy French bistro, down to the black-and-white woven back chairs and spiral escargot shells. Malagon offers the delights of “really authentic” Spanish-style tapas (not that Americanized stuff), while a revamped Tu explores the cuisines of the Indian subcontinent.

But these seem like secondary flourishes, not the primary theme. To the extent that I can divine a consistent pattern, it consists of three B’s.

The first is burgers. So many burgers. Smash burgers, hand-ground burgers, double-pattied burgers, burgers kissed with smoke from a grill. The Airbnb crowd can’t get enough of them, and they love a second B, too. Brunch — fried green tomato benedicts washed down with mimosas to dull the previous night’s lingering effects before they Uber off to the airport.

Burgers and brunch can pay the rent, but they’re not the foundation for a culinary style. The third B is more promising, for Charleston has made tremendous strides on the barbecue front in just a few short years, surging from a minor outpost to an acclaimed destination.

And note who’s led the charge. Home Team BBQ’s founder, Aaron Siegel, came from Georgia by way of Aspen. Swig & Swine’s Anthony DiBernardo arrived from Philadelphia on a Navy submarine. John Lewis hails from Texas, and Rodney Scott from just up the road in Hemingway. They’ve each brought different styles from somewhere else to our little postage stamp of earth, but they all serve impressive wood-cooked barbecue.

I still insist that visitors go to Melvin’s or Bessinger’s while they are in town, for it would be a crime not to sample old-school mustard sauce and savory hash and rice — the signature markers of the older Lowcountry style. Of course, that style isn’t native to Charleston, either. It was brought down from Orangeburg County by the Bessinger and Dukes families just after World War II.

That’s why I was thrilled when I heard that Pat Martin was bringing his West Tennessee-style whole hog from Nashville and opening Martin’s Bar-B-Que Joint on James Island. Yes, I suppose it is technically a chain (Martin’s 10th location), but, boy, do they cook some good ‘cue, especially if you drench the long strands of pork with plenty of sauce and pile it on a bun with slaw, the proper West Tennessee way.

If barbecue is a leading indicator, it suggests a culinary future that is less precious jewel box and more brash melting pot. Here, we find another theme, too: capital. None of the newer barbecue spots opened on a shoestring. They have large staffs, PR firms, stylish decor, craft beer on tap, and full slates of cocktails — and financial backers with deep pockets.

Our last wave of culinary fame was defined by romantic figures: the visionary chef, the small-scale farmer, the solo line fisherman — impassioned individualists recovering long-lost treasures from the past.

I sense the next wave will be driven not by the auteur chef but rather by the restaurateur. Indeed, a great many (if not most) of Charleston’s most acclaimed and long-running restaurants are operated not by sole proprietors, but by restaurant groups with multiple properties. It helps to have capital.

Does that portend a future of corporate blandness and the Disney-fication of our cuisine? Not necessarily. I’m optimistic Charleston can maintain a distinctive identity amid the commercial success. The challenge is to integrate the newcomers without completely losing the special things that drew them here in the first place.

I think we do that through story — the stories we tell visitors, the stories we tell ourselves, and the stories we tell new arrivals looking to join the tribe. Origin stories matter: how we got started, where our cuisine came from, why things are different here. Charleston’s culinary roots run long and deep, and we’ve made strides in recent years to ensure the stories are more accurate and recognize long-ignored contributions.

But’s it’s more than just the origin story. We have to connect those tales to today and tell how we all got here and, more importantly, why. Without that narrative, the enterprise doesn’t make sense, and people don’t understand the bigger picture and how they fit in.

I still have more questions than answers right now, but I look forward to sampling more dishes, talking to more people, and watching the story come together. We might even recapture the magic and energy that we had not too long ago, when celebrity chefs and food writers and fans converged from around the globe to thrill over triggerfish and benne seed and Sea Island red peas.

I’ve gotten a few sparks of that old feeling already: eating stuffed quail at SNOB, chicken liver mousse with cherry jam at Felix, tender slivers of dry-aged duck at Maison, and all the little snacks on the Edmund’s Oast happy hour menu.

I am sure there are plenty more to come.