Ranky Tanky pays tribute to the Gullah culture with No. 1 Album 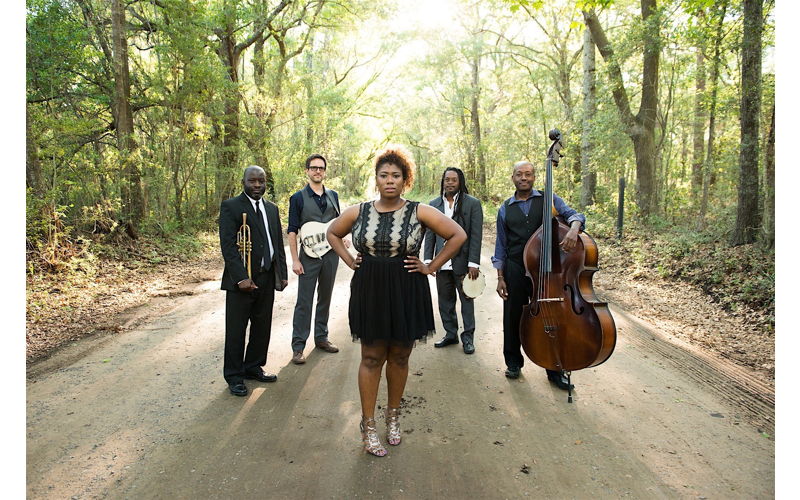 Charleston’s local heritage, specifically Gullah, is represented in myriad ways. There’s touching and thoughtful representations from men and women of the culture, and then there’s tasteless and offensive gift shop items pedaled to unassuming tourists. But, despite Gullah’s presence in the Holy City conscience, we don’t see many musical incarnations of the culture (at least in the mainstream) — not even a busker on Market Street trumpeting the blues on a Saturday night. We have the occasional Gullah influenced artist (shout out to the Charleston rap scene), but not a plurality of artists championing straightforward Gullah music. In that respect, it seems preordained that Ranky Tanky would achieve the success they have.

Since the band’s 2017 self-titled debut, the album has gone on to reach the number one spot on Billboard, the Amazon Jazz Charts, and iTunes.

“We didn’t make an album to hit number one, we made an album to share the culture and our love for music,” says lead vocalist Quiana Parler. Bringing awareness to the Gullah culture was thematically ingrained in the band from the onset. “We saw that there are a lot of other bands from all over the world and they were performing music from their home country or their culture, or wherever they were from,” says trumpeter Charlton Singleton. “Being that Gullah is home for us, we just thought we’d give that a shot, and basically we interpreted it based off of the experiences we have as musicians.”

The music and culture of the Lowcountry is the defined catalyst for Ranky Tanky’s sound, but, as Singleton points out, influences run rampant for the band. The group has been designated as roots, folk, gospel, and jazz, landing somewhere in the middle of all four genres. “It just sort of happened when we were playing around with it and different grooves,” says Singleton. “That’s where you have the individual talents of the people in the band that contribute whatever their personality is and whatever their background is musically.”

For most of the band, jazz is a clear tie that binds. Guitarist Clay Ross has been praised across the board for his skill in the genre, along with his ability to dip into blues, folk, and bluegrass. Singleton is the conductor and artistic director of the Charleston Jazz Orchestra and the vice president of Jazz Artists of Charleston. Drummer Quentin Baxter is a local drum hero in his own right as a professor of jazz studies at the College of Charleston and a founding board member of Jazz Artists of Charleston. He has performed with poet laureate Marcus Amaker and his own group Quentin Baxter and Friends. Bass player Kevin Hamilton is a veteran of the Charleston jazz scene, while Parler is known for the eclectic mix of genres she’s participated in.

The pliable nature of Gullah music aided the band’s sound, as it developed. “You can use different songs from the Gullah community and a whole number of things and basically put it into whatever style that you have,” says Singleton.

A fair amount of the influencing genres are recognizable in the music. “That’s Alright” displays a gospel hum and a blues skip in the band’s step. “O Death” plays as a funeral march folk song and a subdued jazz track at once.

Those tunes are pretty Gullah, but if you need a song that’s damn Gullah and you need it fast, give eponymous track “Ranky Tanky” a listen. A muted country-blues guitar leads the way through call and response, vaguely exotic drums and bass, and a bright trumpet solo dug deep in a jazz scale or two. “The songs are timeless and they speak to the heart of the human condition,” says Ross. “The songs contain powerful messages that really resonate with anyone and the music just has this universal appeal in that way.”

Ross believes the success of the group doesn’t come from a preexisting interest in Gullah culture, but from the bedrock Ranky Tanky was built on. “We’re serving a culture and we’re trying to pay tribute to a culture that is truly timeless,” says Ross.

“Our foundation is church and the Gullah culture,” adds Parler. “Let’s hope that it’s a spiritual experience for everyone at Spoleto.”