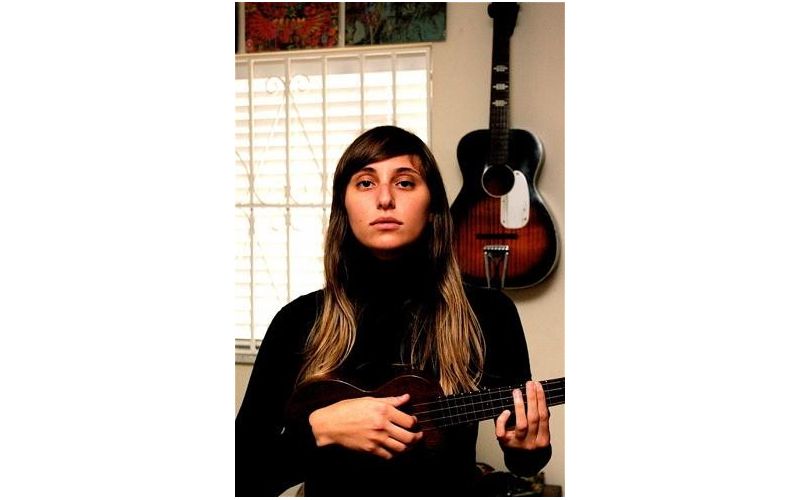 For most people, Miami Beach likely calls to mind images of leathery, tanned retired folks shuffling between beach chairs and 5 p.m. dinner reservations, with the occasional dotting of late-night young clubbers melting in the heat as they grind to hip-hop and electronica dance anthems. You’re forgiven if, when you heard “Miami Beach,” you didn’t think of a burgeoning underground indie scene, home to 25-year-old Rachel Goodrich, a thoroughly modern singer-songwriter with a 1930s vocal style, who also happens to be at the forefront of the global ukulele renaissance.

Goodrich cites an amalgamation of influences that have contributed to her self-described “shake-a-billy” sound, Neil Young and Patsy Cline included, but she credits a teenage boyfriend with pointing her in the direction of her first big influence.

“He was really into Joni Mitchell, and I didn’t know much about her, but I soon got into her, and that’s when I realized that maybe there’s a chance, you know,” Goodrich says. “I was never really too familiar with successful women in the industry.”

Her second big influence came just a few years ago, when Goodrich visited her father and spotted the tiny stringed instrument that would become her signature. It was love at first sight.

“This ukulele was lying on his couch, and I was like, ‘Wow, that’s really cute. I really wanna play it,'” she recalls. “I took it home and wrote a couple songs in a couple days. I was so excited to have a new instrument in my hands, and yeah, it really took me elsewhere. It made me create, you know. It made me want to write and inspired me. It made me want to take things a little more seriously. Is that weird?” She laughs at herself as she ponders the concept.

Somewhat weirder is Goodrich’s declaration that she recorded her debut album, Tinker Toys, released this spring, by accident.

“I actually kind of just walked into it,” Goodrich admits cheerfully. “I didn’t mean to record a record. A friend of mine, George Martinez, was like, ‘Hey, come over to my place and we’ll record a song.’ His entire studio is in this bedroom, and I’m pretty much recording in his closet, you know, and the first song we recorded was ‘Ukulele Water.’ It kind of blew my mind. I was like, wow, this can really happen? It was exciting, so I was like, ‘Let’s do another one tomorrow.’ Then we recorded ‘Black Hole,’ and we kept going. I walked in with no expectations, and it was all a surprise.”

Less of a surprise at this point is Goodrich’s decision to focus entirely on her music, embarking on her first major tour throughout North America last week. As she winds her way across the continent, ukulele at the ready, she has no desire to shake off the sun and fun of her hometown.

“Miami kinda lifts my spirits in a way,” Goodrich says. “I feel like I can talk about demons and crazy things, but if you put it over a G chord, you know, everything’ll be all right.”

If anything, Goodrich’s songs will just continue to prove to hipster indie enclaves like Brooklyn, Seattle, and L.A., that Miami Beach has plenty of treasures hidden in the hems of its flowered muumuu.