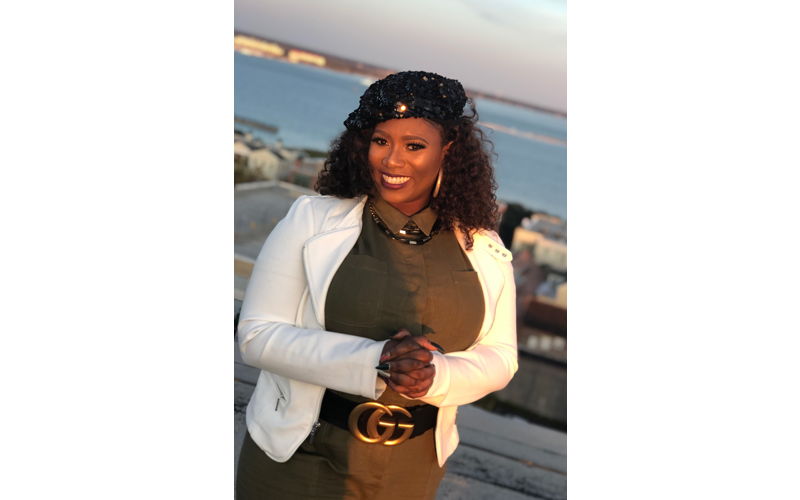 You might be surprised to learn that energetic Gullah jazz singer Quiana Parler is an introvert at heart.

The lead singer for the Grammy Award-winning local roots band Ranky Tanky that has earned international acclaim says she prefers home and family when not on the road, even before the coronavirus pandemic.

“It’s no secret to my close family and friends but I’m really a homebody and introvert when I’m not on stage,” she said at her North Charleston home with marsh views. “When I’m not on the road — even before quarantine — I would stay in the house for seven days or more without leaving.

“Resting is so important for myself as a vocalist even with a 14-year-old rambunctious child I find ways to incorporate rest, relaxation and fun at home.”

A good day at home

At home, Parler generally wakes up early — around 6:30 a.m. — for breakfast with her boyfriend, a Charleston police detective.

“That’s such a dangerous job that I like to see him off,” she said. On the menu may be her favorites — eggs, buttery grits and Roger Wood sausage. Then it’s back to bed for three or four hours before an afternoon of rest and work.

Evenings are quiet as her partner often cooks supper. The couple and her son spend time together, only to wake up to a similar routine the following day.

On the road, it’s different with travel, now often more difficult because of pandemic-related delays, sound checks, performing two shows and then getting ready for the next show, averaging 50 a year before the virus shut down a lot of live music.

But whenever on the road, Parler gets up for breakfast, just like at home.

“I’ve got to have my breakfast. That’s my thing — eggs, bacon. But not every hotel serves grits, so we have to settle for what they have and that generally means potatoes,” she said in a disappointed voice.

It’s about the music

Parler has been singing since she was a child in Harleyville. During performances in 2003 in the second series of American Idol, she became friends with Clay Aiken and later toured for several years as a backup singer with him and first season winner Kelly Clarkson. Aiken is her son’s godfather.

Ranky Tanky’s music is based on Gullah songs and rhymes around for centuries. Parler said the band got its start after Ross, the guitarist in the band, observed how cultures across the world were being represented in popular music, except for Gullah.

“What we did was we took the Gullah nursery rhymes and songs and put a more up-to-date twist on them, but you can hear the Gullah rhythms in them,” said Parler, who remembers meeting drummer Baxter when she was 10 and Singleton five years later. “A lot of people think it’s from New Orleans, but it’s a little different from New Orleans.

“I call it ‘Gullah jazz,’ and now that we’ve won a Grammy in roots music, it means now Gullah is being recognized by the recording academy.”

In 2019, the band released Good Time, which received a Best Regional Roots album nomination for the music industry’s top award, the Grammy. After the album’s release, band members noted they stayed in a zone to create the album because of a “garage band mentality.” The album won the Grammy earlier this year. “The attitude is ‘Let’s just have fun with it and see what sounds good,’” Hamilton told the Charleston City Paper, whose readers named the band as the artist of the year in 2019.

Garden & Gun magazine writer Allison Glock described in 2019 how Ranky Tanky’s soulful music sprang from the culture of enslaved West Africans with “songs of praise, of freedom, of rebellion, of protest, of joy, of sorrow, songs that assert a culture, that say we are here, we are still here, we will be heard. To listen to Ranky Tanky is to be taken to church, yes, but it is also to be reminded of your secular humanity, to feel in your bones your mortality and the mortality of others, and how your mortality and theirs are inextricably linked; to be cautioned that none of us outrun death or tragedy, and how when death and tragedy strike, and those bones ache, you will need music that recognizes those truths and gives you a reason to keep walking forward.”

Award-winning radio journalist Marco Werman, host of PRI’S The World, described to Charleston City Paper how music is about the continuing migration of sounds from one place to another and how artists manipulate those sounds.

“It’s a magical process, and one of the most exciting exponents of that right now is Ranky Tanky,” he said. “They bring us joyfully to a bigger world: it’s South Carolina music connected to the fleeting ghost of rock n roll present and the ghost of West Africa past.

Even contemporary Africa isn’t that far away in Ranky Tanky’s music, Werman said.

“Freedom” is Parler’s favorite song.  She wrote the lyrics with Ross, the guitarist.

“The song is very personal to me. I was going through some personal stuff when it came to my mind.”

They say that behind four walls is where we’ll remain.

They take our dreams.

They pull us apart.

“We are still living it today with what’s going on with the climate today,” she said referring to the May murder of George Floyd in Minneapolis.

“We are always speaking of freedom and none of us is really free yet. We’ve got a long way to go. Freedom to walk the street, to leave home, to walk in your front yard and not having to worry about whether you make it home at night.

“I’m raising a black son and I have a lot of worries. Freedom from anxieties  You have people worried about losing their homes. It’s a lot.”

For now, Parler says she and her bandmates are continuing to work to spread the story of Gullah through their music.

“I am so thankful and blessed to be able to do what I love,” she said on a rainy weekend afternoon from her home. “Being in Ranky Tanky has allowed me to share my gift of song around the world even as far as the Antarctic. We’ve been so very blessed to have a strong team professionally and support system at home.

“The universe has allowed my brothers and me in Ranky Tanky to break down barrier walls in the music industry for the Gullah community and ancestors. I can’t thank Charleston and the surrounding areas for the support that’s been shown for Ranky Tanky.

“Winning a Grammy with my brothers who I’ve known since I was a little girl is a moment I will never forget. I do not take any of this for granted. Every day, I wake up with gratitude and go to sleep with gratitude. It’s only up from here.”

9 ideas to keep Thanksgiving from being a turkey

Reale: Not just a bag of dirt

5 fall DIY projects for your home

How to be safe when fun is spooky

The Lowdown on Quiana Parler

From the source of the Atlantic Ocean to pirates

9 ideas to keep Thanksgiving from being a turkey

Perhaps more than usual, the centerpiece this Thanksgiving won’t be the turkey, the stuffing or even family-famous recipes for sweet potato casserole or pumpkin pie. Instead, when gathering around a table with loved ones, the precious moments of togetherness will be what many families treasure most. This year, savor the holiday and all its pleasures […]

Reale: Not just a bag of dirt

5 fall DIY projects for your home