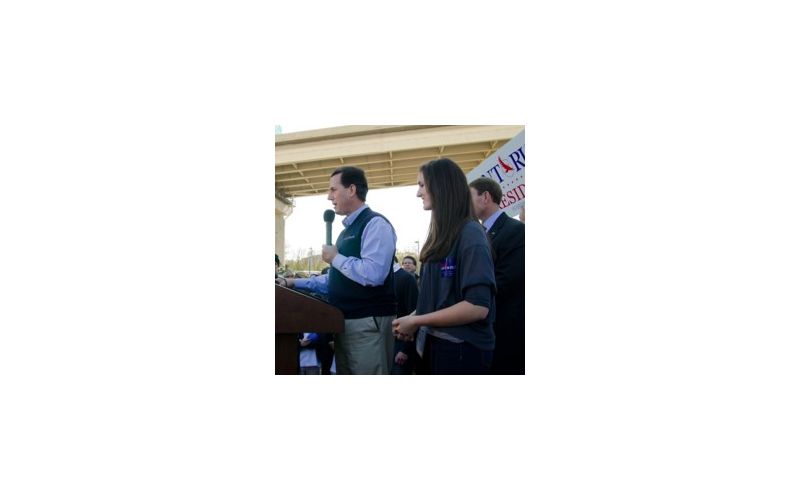 Speech on 'family and freedom' disrupted by gay-rights spectacle

Rick Santorum was seven minutes into his campaign speech at the Mt. Pleasant’s Waterfront Park when about 20 protesters from throughout the crowd broke out into chants and tossed glitter in the air.

On the east bank of the Cooper River, in the chilly shade of the Arthur Ravenel Jr. Bridge, Santorum appeared alongside Tony Perkins, president of the conservative thinktank Family Research Council. The former Pennsylvania senator was making a clear appeal to conservative values voters, talking about “striking a blow for family and freedom” and upholding nuclear families as “the pillars of society.”

At an unseen cue, the protesters, who had stayed quiet until then, tossed glitter skyward and began shouting indiscernible slogans toward the podium. As police officers escorted them to a spot roughly 100 yards away, they took up a refrain of “Put the queers in the back!”

Arsenio McCormick, one of the protesters, said he wanted to ensure that lesbian, gay, transgender, and bisexual people were included in the political process during the buildup to the GOP primary contest in South Carolina on Saturday. He said it was clear that Santorum and Newt Gingrich were competing for the social-conservative vote in South Carolina, but that Santorum was more sincere.

“I believe Rick Santorum really believes what he’s doing,” McCormick said. “I believe Newt Gingrich really doesn’t, and he’s just trying to play to that tune to try to get some votes.”