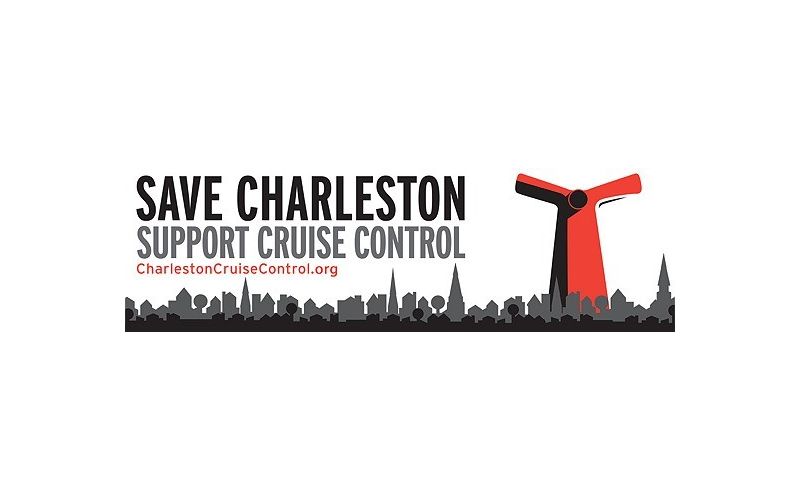 The debate over cruise ship regulations in Charleston has led to a billboard kerfuffle. A new pro-cruise industry, anti-regulation billboard that went up on Interstate 26 Monday aped the style of a previous one that called for the city to place limits and rules on visiting cruise ships.

In recent months, various citizens’ groups have called for Charleston to place restrictions on passenger ships that dock at Union Pier, citing pollution, traffic congestion, and visual disruption of the low-slung Charleston skyline as their reasons. Two neighborhood associations joined with the Coastal Conservation League and the Preservation Society of Charleston to sue Carnival Cruise Lines, the biggest customer at the downtown terminal, and the city threw its weight behind Carnival as a codefendant.

In early September, a pro-regulation citizens’ group called Charleston Communities for Cruise Control put up a billboard on I-26 on the way into downtown that read “SAVE CHARLESTON: SUPPORT CRUISE CONTROL” and depicted the top of a mammoth cruise ship looming over the skyline like a shark fin. On Monday, a group of port businesses calling itself CruiseOnInCharleston.org fired back with a similar-looking sign bearing the message “CRUISE ON IN … WELCOME and THANK YOU.” The billboard is visible just before the Rutledge Avenue exit on the left side of the highway when headed eastbound.

Robert New, a spokesman for the group, says people involved in port businesses had grown frustrated with “anti-port elements attacking our livelihood.”

“We just wanted to thank everybody who takes a cruise,” says New. “We want the message out that we’re thankful here and it’s a good, clean business.” New is the owner of Charleston Port Services, which employs the longshoremen who moor and unmoor cruise ships with ropes at Union Pier. He says many of the people behind the organization are members of the Propeller Club (a maritime shipping trade group) and the Maritime Association of South Carolina.

New is a former chairman of both groups and also a past chairman of Save the Light, a historical preservation group focused on preserving the Morris Island Lighthouse at Folly Beach. He says cruise ships do not damage the aesthetic character of the Holy City.

“We all want to see Charleston remain Charleston, but we think that the industry and the cruise ships fit well into that context,” he says.

Trucking company owner Pat Barber, another spokesman for CruiseOnInCharleston.org, says that a successful lawsuit against Carnival could open the door for similar lawsuits against container ships at other city ports. His company, Superior Transportation, moves a lot of its cargo through the Columbus Street Terminal, a site that some have proposed as a replacement for the current cruise ship dock at Union Pier.

New says the timing of the billboard installation had nothing to do with Election Day.

A previous version of this story said that the Propeller Club was “sponsored by the S.C. State Ports Authority.” While this is true, Propeller Club President Claus W. Busch III says the SCSPA is one of many sponsors who give a small monetary donation, and that the SCSPA also helps by hosting the group’s website. According to the Propeller Club’s nonprofit records with the IRS, the group received $61,559 in contributions, gifts, and grants in the 2010 tax year. Gifts are not itemized by donors, but out of that money, nearly $50,000 came from membership dues.