Please Give is a black comedy about white, liberal guilt 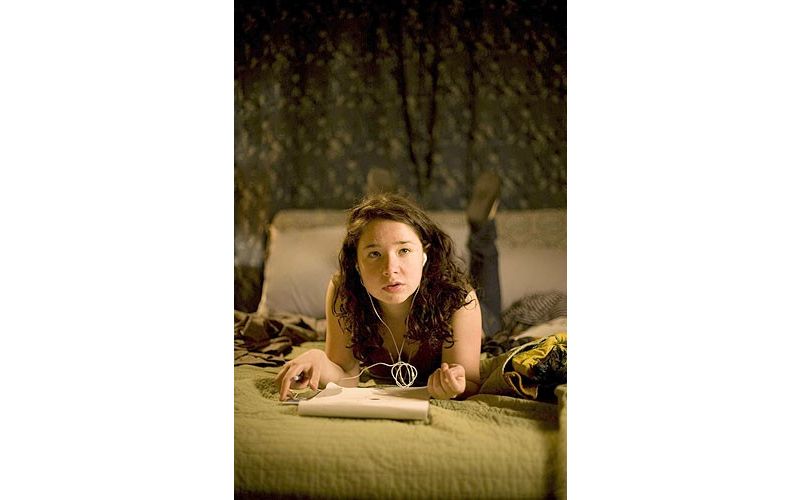 Whiny, self-absorbed urban yuppies? Yes, please! Especially if the director doing the ethnographic surveying is the shaggy-cool Nicole Holofcener (Friends with Money, Lovely and Amazing), who invests her characters with just the right balance of annoying quirks and squishy humanity to make them watchable — if not exactly lovable. Holofcener hasn’t strayed far from the New York streets and the slacker characters of her debut film, 1996’s Walking and Talking whose romantic travails cause her single-girls-in-the-city Catherine Keener and Anne Heche no small amount of distress.

Keener, the poster girl for needy post-slacker adulthood, stars in the gut churning yet very funny black comedy Please Give as Kate, a Manhattan mid-century modern furniture dealer. Her job is to wait for elderly New Yorkers to kick the bucket so she can cherry-pick their chairs, tables, and the like, all the while playing cool in front of their heirs about the true value of the furniture.

Kate and her chubster husband Alex (Oliver Platt) also live next door to the cranky, elderly Andra (Ann Morgan Guilbert), whose imminent death will mean they can finally realize their Manhattan real estate dreams of expanding their apartment.

Though Alex seems to feel little guilt about the vulture-like nature of their lives, Kate is eaten up by it. She routinely hands out cash, like a campaigning politician, to the homeless people in her neighborhood and refuses her teenage daughter Abby’s (Sarah Steele) request for an expensive pair of designer jeans on principle. But because her agony is all self-inflicted (and self-serving), like a very esoteric hobby, Kate’s pathos comes across as comedy more than anything.

Holofcener uses Kate’s “pain” (such as it is) as an evisceration of the absurd neuroses that drive upper-middle-class city folk with nothing more urgent to fret about. Please Give could be a companion piece to the similarly misanthropic Greenberg, featuring another New Yorker having a hard time coping with life.

A fascinating keyhole into white, liberal guilt and how it can make people blind to the suffering and moments of grace going on right under their noses even as they wring their hands over larger, grander sorrows, Please Give is truly a film for our age; it’s darkly comic stuff from a mistress of the miserable-urbanites genre.

Holofcener could be described as an indie, female version of Woody Allen for her relentless fixation on self-obsessed Manhattanites. But where Allen can’t help himself from larding his screenplays with name dropping and literary and film references to prop up his own smarts, Holofcener is a far cooler customer, less interested in impressing you with her intelligence and more in plumbing the psychological depths of her oddball characters.

Alex and Kate’s friends and neighbors are a comparably misanthropic lot. Take, for instance, the brutally honest and vain facialist Mary (Amanda Peet), who spares no one — including her elderly grandmother, Alex and Kate’s next-door neighbor, Andra — from her wrath. Though she’s the most caustic of the lot, there is a cathartic authenticity to Mary’s most poisonous pronouncements.

The one completely redeemable human being in the whole miserable, carping lot is Mary’s sweet-natured, fragile sister Rebecca (Rebecca Hall), who tenderly cares for cranky Andra as well as for all of the mothers and grandmothers who pass through her workplace for their mammograms. On that front, Please Give may have one of the most brutal opening credit scenes on record, a succession of smashed, kneaded, manipulated breasts fed through a mammogram imaging machine. It’s a telling, funny, confrontational Holofcener move that conveys both the fragility and brutality of the human condition. In a nutshell, life’s a bitch, and then you die.