Pigeon to pop up

The promise of a new art and food experience 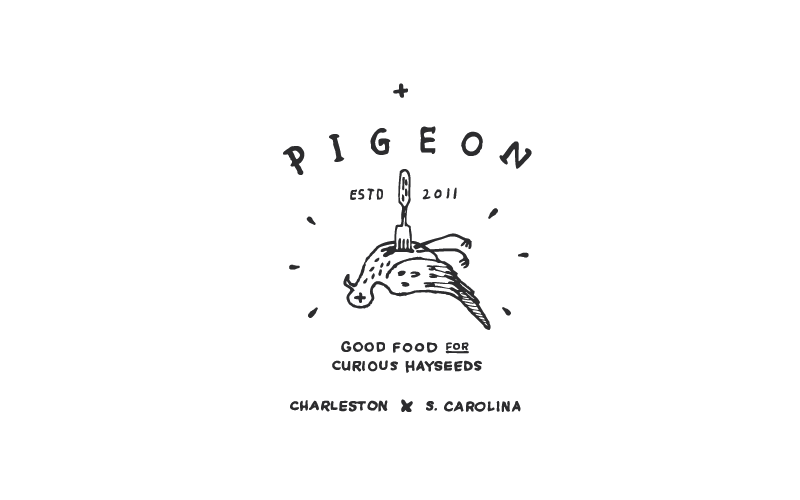 “Good food for curious hayseeds” is the tagline for a new pop-up restaurant concept called Pigeon, the collaborative brainchild of two food-and-bev vets and Fuzzco, a creative design studio that promises to add a unique element to the proceedings. It’s a cheeky enough tagline to indicate this won’t be an ordinary night out.

The mixologist of the group, Brooks Reitz, says Pigeon will be more of a food-related art show. “It will be very experience driven,” he says. “We’ll present fun ways to experience food and design, the whole shebang.” The concept is inspired by the work of Jennifer Rubell, an artist who stages food exhibitions where she’s done everything from filling a giant Andy Warhol piñata head with twinkies and ding-dongs to dripping honey from the ceiling onto cooked ribs.

Reitz says Helen Rice and Josh Nissenboim of Fuzzco are in charge of bringing that artistic, experiential element to the table. Jason Stanhope is the food guy in the kitchen, while Reitz will handle the beverages and the hospitality.

They are hoping to host their first Pigeon event in late August or early September. The concept will not be unveiled until the dinner begins, but Reitz says it could be anything from recreating food scenes from movies to hosting a post-bar-crawl, late-night, breakfast-for-dinner party. It could cost anywhere from $20 to $100, depending on the elements involved.

Unlike Charleston’s other roving dinner events, Pigeon will always take place at the Fuzzco studio on Spring Street. “They have a killer kitchen,” says Reitz, who describes the massive, custom-built worktable as perfect for a sit-down dinner.

Eat This Tonight: The best wieners in town

Ironically, National Hotdog Day fell the week Anthony Weiner’s wiener reappeared on the scene. So let’s celebrate, not by sexting gross pictures to each other, but by eating up America’s favorite ballpark food. We’ve compiled a list of our favorites, and — trust us — unlike the New York mayoral candidate, these all measure up.

Summer Treats: We all scream for ice cream