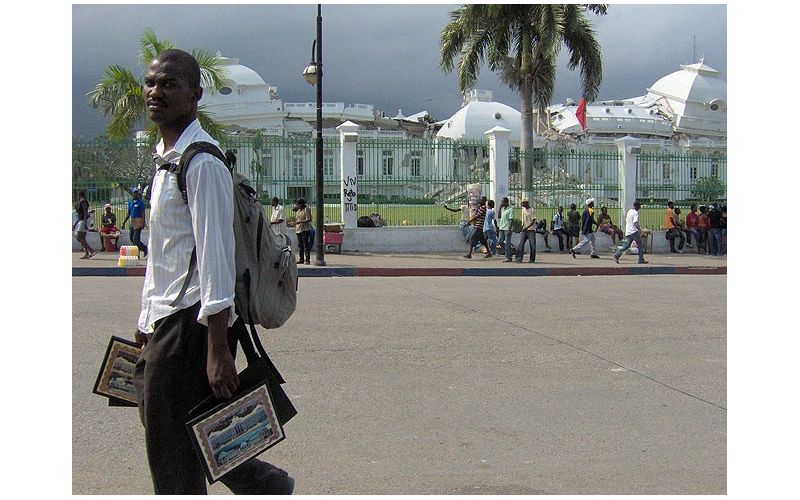 UPDATE: With days to spare, Curry made it to his fundraising goal of $3,100. Thank you to everyone who contributed.

Charleston City Paper’s own Joshua Curry is embarking for Haiti on July 21 to teach photography to street children — but he needs a little help.

He needs $3,100 to get to the town of Jacmel on Haiti’s southern coast and pay for some expenses at a photography camp run by aid organization Zanmi Lakay, and he’s asking for donations through a page on the fundraising site IndieGoGo.

So, in a country that was already racked by generations’ worth of poverty and disease before the 2010 Haiti earthquake, why teach photography?

“It gives kids a sense of ownership of their own story,” Curry says. “Most of the time, what we read about Haiti is outside reporters and photographers saying, ‘This is what Haiti is like.'”

Part of the $3,100 will go to sponsor three children from the notoriously rough neighborhood of Cité Soleil. All of the students in the week-long program will get free room and board. They’ll spend their days shooting photo assignments — scenes from a tent camp at a nearby soccer field, for example, or a photojournalistic piece on deforestation — and their evenings editing the images on computers.

“A lot of the kids come from really unstructured environments, so the fact that they’re gonna do something really structured every day in a specific place is a big deal,” Curry says, “plus they’re learning a marketable skill and getting experience with computers.”

Zanmi Lakay also needs two external hard drives, five laptops, and 33 point-and-shoot cameras (used ones will do). See their website for more details on what and how to donate.

Curry is our web editor now, but he’s spent most of his career as a photographer, covering everything from the Rodney King riots to the Barack Obama election campaign. He has fond memories of touring with his father’s bluegrass band in Mexico and shooting videos of the concerts, and he sees similarities between his work and his father’s:

“He used his music like I use cameras now, as a passport to do what you love.”

Want to pitch in? $25 gets you a postcard with one of the kids’ original photos; $100 gets you an archival 8-by-10-inch print. Visit Curry’s fundraising website to make a donation.