Philip Seymour Hoffman steals the show in A Most Wanted Man 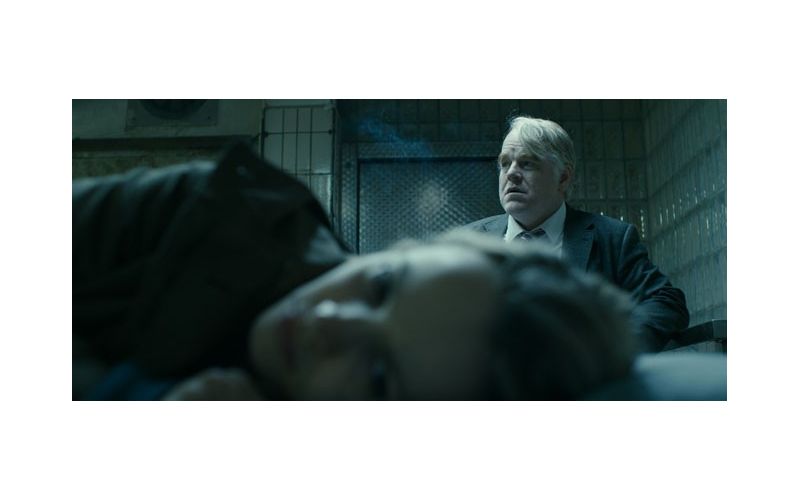 Sadly, 2014 has become the year of goodbye performances from Philip Seymour Hoffman. Earlier this year the talented actor who tragically left us far too early appeared in John Slattery’s directorial debut God’s Pocket, and now the release of A Most Wanted Man adds to Hoffman’s posthumous big-screen farewell. (He’ll still appear in the final two films of The Hunger Games series.)

It’s somewhat fitting too, as Hoffman’s role of Günther Bachmann, the head of a spare German intelligence unit charged in the wake of 9/11 to suss out radical Islamic terror cells, requires range, nuance, and an accent — which by many accords, you could see a lesser actor botching to a campy awful degree. The film, based on spymaster John Le Carré’s 21st novel, takes place in Hamburg, where Mohammed Atta set up the 9/11 attacks allegedly because intelligence was weak or nonexistence. Bachmann and his ragtag team take to their task very seriously and are dogged in their pursuit of new assets. Like most characters in Le Carré novels, Bachmann harbors a troubled past (an oversight in Beruit gets some unfortunates killed) and has little time for anything but work, except good scotch of which he consumes plenty.

Anton Corbijn, a music videographer, made a name for himself as a feature filmmaker with Control (2007), the dark, moving biopic of Ian Curtis, and the Euro-based George Clooney intrigue-thriller The American (2010). He takes the helm for A Most Wanted Man, which unfurls like an art-house version of a Bourne film where subterfuge and brain games replace alley-hopping pursuits. The rub comes in the form of a half-Russian, half-Chechen named Issa Karpov (Grigoriy Dobrygin). Issa enters Hamburg illegally (he literally pops out of the ground) and has ties to Islamic factions, which floats the fear that he has come to the ethnically intermixed port to ignite dormant terror cells. His arrival is no secret, and everyone from Bachmann and his group to the head of intelligence ops (Rainer Bock) and the German-based CIA operative (a confident Robin Wright) wants him. As a result, Issa becomes a plot-wise casualty, little more than a MacGuffin for the three factions to jockey over. Bachmann wants him as an asset to snare bigger fish, intel ops wants the “bomb blowing up in a public square” risk off the street, and the murky American agenda shifts with each change in the political landscape.

The other key players, Annabel Richter (Rachel McAdams), the human rights attorney who is trying to help shelter Issa and get him papers, and Tommy Brue (Willem Dafoe), the investment banker who dabbles in soiled Russian money — and has more than $10 million Euros that Issa has claim to — deepen the tangled web. At the seams too are the Muslim woman (Derya Alabora) who harbors Issa initially and Bachmann’s mole (Mehdi Dehbi), as well as the big-wig Islamic philanthropist (Homayoun Ershadi) who might not be all he appears to be. In short, the plot of A Most Wanted Man, like any Le Carré yarn, has a lot of moving pieces and it’s best to pay attention if you want to keep up.

Le Carré, who served in British intelligence, has always penned cerebral fables about spooky machinations with unfathomable authenticity (Issa is loosely based on a true illegal immigrant).

The taut parlance between Hoffman, Bock, Wright, and even Dafoe bares teeth and adds to that authenticity. These are master actors working off each other with complimentary one-upmanship. McAdams unfortunately is the odd duck out. She’s not able to carry German cred the way Hoffman and Dafoe do; plus she’s handed a flat idealist sans the haunted past that Bachmann and Brue are blessed with. Overall, the casting is an oddity, a risky move bringing in outliers to play in a Dutchman’s film taking place on German soil and based on a Brit’s novel. It pays off no matter, though Daniel Brühl, who was so excellent as the race car driver Niki Lauda in Rush sits idly throughout as one of Bachmann’s workers mechanically sifting through surveillance tapes and other digital archives. That’s all he does. It’s either a missed opportunity or the biggest use of a jumbo-jet to cross a street. Still, Corbijn brings it all together in compelling fashion. It might not be top-shelf Le Carré, but it is Hoffman at his finest.