Pedja Muzijevic performs “Piano Concerto No. 15” for the first time 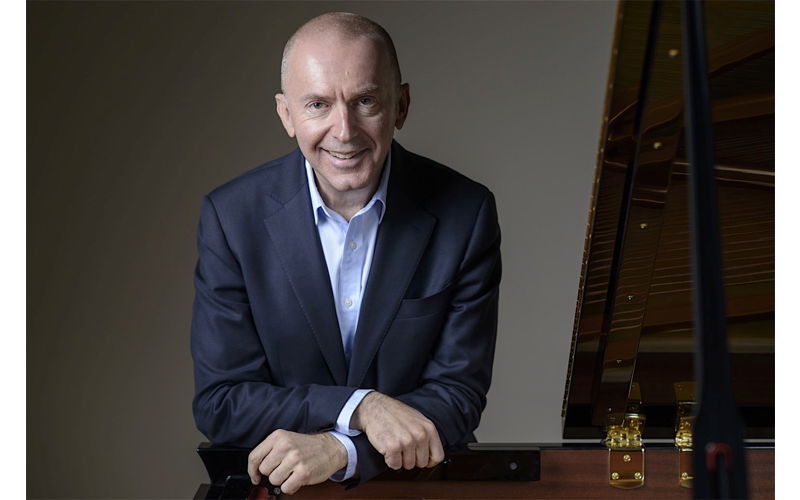 Mozart’s “Piano Concerto No. 15” is considered one of the classical era exemplar’s most difficult pieces to tickle out of the ivories. What makes it such an arduous run on the keys is its looping handwork, quick up and down stretches of arpeggios, fast-paced scale work and two-handed tremolos, among other preternatural elements. When Pedja Muzijevic performs the piece at Spoleto’s Mozart and Mahler concert it’ll be the first time he’s ever played it live for an audience.

The 54-year-old virtuoso has performed a number of Mozart’s piano masterpieces. So why would a veteran choose an exceedingly challenging piece of the great composer’s work that he’s never released from his fingers while in front of the Spoleto crowd? For Muzijevic, the answer is simple. He wanted to learn another piece by what he considers one of the liveliest piano concerto writers to ever put notes on a page.

“It’s one that I’ve loved for a very long time,” Muzijevic says. “Very often as a soloist you’re asked to play a particular piece. This particular circumstance they wanted a Mozart concerto and I had a chance to suggest one. That’s not always the case.”

Muzijevic was born in Sarajevo, Bosnia and Herzegovina in 1963 and studied piano at the Academy of Music in Zagreb. Coming to the United States in 1984, he continued his tutelage at Philadelphia’s Curtis Institute of Music as well as Juilliard School in New York. He played with orchestras in a number of countries and when not touring, he works as artistic administrator at Baryshnikov Arts Center in New York and also directs a residency at the Banff Centre in Canada. Even for a venerable pianist, Muzijevic learned that Mozart’s “Piano Concerto No. 15” can twist up the hands.

“Once I started working on it I said to myself, ‘I know why this isn’t played very often,'” Muzijevic remembers. “Because it is very awkward. There’s something about the scale of B flat and just the passage work — how it lies in the hand. Both creatively and technically there are things in this concerto that I don’t know of Mozart writing in many other pieces.”

When Muzijevic sits on the bench at Spoleto readying to leap through Mozart’s acrobatics, he admits he’ll feel the stirring of some nerves. But it’s not the music in front of him that gets the butterflies fluttering. It’s the people in the audience, particularly the Spoleto audience.

“In this particular case I’ve come now to Charleston for some years, and I really find both my fellow musicians and a bunch of friends that I’ve grown to love being locals [and] being my extended family,” Muzijevic says. “In that sense it is more nerve-wracking. Being nervous has nothing to do with the prominence of the engagement with all due respect. It has to do with personal matters when there are people you love in the audience. That’s what adds to the tension [and] excitement. It has to do with people. It’s always about people.”

At the Spoleto concert Mozart’s prodigious piece is paired with Mahler’s “Symphony No. 1,” known popularly as “The Titan.” Mahler’s composition is much more sprawling while remaining humble. The third movement begins with a timid bass solo that Mahler meant to be played slightly out of tune. The melody reflects that of the commonly known “Frère Jacques” with a minor key darkness. The symphony also still has the childlike wonder and whimsy of Mozart’s, although with a less hyperactive quality.

Another quality that Mozart put into his music was showmanship. Anyone who’s seen the film Amadeus knows of the jubilant personality the 18th century composer imbued in his music. That performer’s spirit lives in the “Piano Concerto No. 15” in Muzijevic’s assessment.

“If it was just showmanship it would have died in the 1790s,” Muzijevic contends. “It’s in the service of a larger picture of music. But Mozart was definitely a performer. It’s the perfect marriage of both showmanship and substance that makes the music relevant.”

Mozart’s magnetism eludes an easy description by Muzijevic. The best he can say is that the music of Mozart is “alive.”

“Why would we care about something written from the 1780s?” Muzijevic says. “It’s an odd thing. And yet we do. Somehow it touches the essence in all of us. Mozart for me is always alive. Everything is so full of life and joy.”