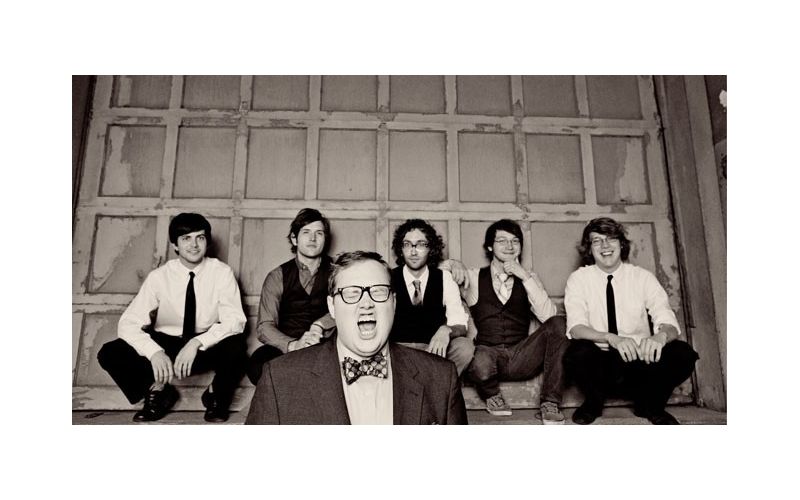 Less than a year ago, Paul Janeway was about to give up his dream of playing music for a living. He was just a semester away from getting a degree in accounting from the University of Alabama-Birmingham, and he had a job as a bank teller. But as fate would have it, Janeway decided to go into the studio one more time, just to get a few songs off his chest.

“I’d always wanted to do music, but you get to that point in your life where you’re like, ‘OK, this is kind of ridiculous,’ and you give up on it,” Janeway says. Fortunately, he didn’t.

That recording session ultimately led to the four-song EP Greetings from St. Paul and the Broken Bones, a stunning blast of late-’60s soul. On the EP, Janeway delivers his lines like an Otis Redding-loving evangelist; his voice is so powerful it’ll stop listeners dead in their tracks. And right now, a lot of people are listening.

“I don’t know what she was thinking,” Janeway exclaims. “My friend said after the show that she had tears in her eyes. We were just like, ‘Holy cow.'”

The tweet topped off an incredible day for Janeway that included being fitted for a new suit — a gift from his friends and family who knew he was sweating his way through the only one he owned each night on stage — and eating a “great pastrami sandwich” for lunch. “It was seriously one of the greatest days I’ve ever had,” Janeway says.

And although he entered last year thinking of abandoning a career in music, in March Janeway quit his job as a bank teller after his boss told him that he’d be fired if he traveled to Austin to perform at SXSW. And then he said bye-bye to becoming a CPA.

“When I told my professors that I couldn’t finish my classes because I was doing this band thing, they all gave me the same look,” Janeway says. “They didn’t understand that this isn’t just going down to play at the local pub.”

Oddly enough, Janeway didn’t always want to be a musician or an accountant. Originally, he wanted to be a preacher, but after high school he decided to become a mechanic. He worked at a car shop until the economy went south. “I was basically the lowest man on the totem pole,” he says. As such, he was the first to go.

Later, he took a job at a sporting goods store and enrolled in college, with the intention of getting his masters in accounting. “It’s just bizarre that I’m where I am now, because I had this whole life planned,” he says. “I don’t think I’ll be going back to class in the fall.”

These days, Janeway is adapting to the lifestyle change of daily interviews and late nights. Earlier this month, he sang three nights in a row for the first time, an experience that gave him confidence that his vocal cords can survive the powerful vocal attack night after night.

“I’m still kind of getting my sea legs,” Janeway says. “One bad interview or bad show at this point could hurt us, and we could no longer have any sort of quote-unquote buzz, so we’re just trying to enjoy it step by step.”

Fortunately, Janeway is able to keep his eye on the ball a bit better than the more hard-core rock ‘n’ rollers. The Alabama soul singer has never had a drink or smoke in his life, which is how he earned the nickname “St. Paul.” “The guys love it because they get my drink tickets, and I can drive after a show,” he says with a laugh.

Most importantly, sobriety gives him much-needed clarity. “This whole band thing is still very, very new to me. I feel a little spoiled and very fortunate,” he says. “I was getting older and more cynical, and now I’m singing for a living and traveling around and having these crazy amazing concerts and Rosanne Cash is tweeting about us,” he adds. “It really is amazing.”

Editor’s note: In March, Janeway and company released a cover of Redding’s 1965 album, Otis Blue, in its entirety.