Patterson Hood explores his own life with new collaborations 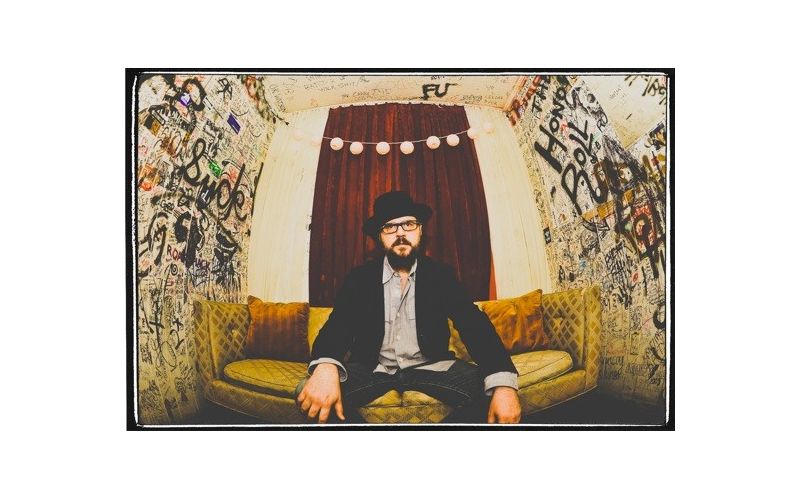 It’s hard to consider Patterson Hood a solo artist. The Athens, Ga.-based songwriter has spent most of the last 12 years singing, playing guitar, and co-fronting the irascible neo-Southern rock ensemble Drive-By Truckers through a roller-coaster of adventures. But he loves to tangle with other musicians on various side projects as well.

This year, Hood recorded a slew of new originals for his forthcoming, 12-song solo album Heat Lightning Rumbles in the Distance (due next month via ATO Records) using an Athens-centric backing band called the Downtown Rumblers.

“The Truckers winded things down this spring and took a much-needed hiatus,” Hood says. “So the Downtown Rumblers are doing little one-offs here and there this summer. The Rumblers is mostly Athens folks who are involved with my solo album. We’re doing a few shows to get warmed up for the release.”

Hood reveals his softer, more vulnerable side on much of Heat Lightning Rumbles in the Distance. Some songs touch on bittersweet emotional misadventures between family members and friends, while others resemble some of the gut-punch themes the Truckers usually tackle (break-ups, loneliness, boozy depression). The lyrical content may seem heavy, but the tone of the singing and music is surprisingly light and upbeat.

“The album is very piano-based,” Hood says. “I can’t play piano, so I just play the general idea of a song on the guitar for Jay, and we build it around what he does. More than half of the record is like that.”

In April, Hood and an abbreviated version of the Downtown Rumblers taped a Mountain Stage session in Charleston, W. Va., Hood and his new ensemble have performed several select shows since then, including a two-night stint in May at the Melting Point concert hall in Athens.

“I’m a serial collaborator, so I love playing with all of these guys,” Hood says. “It’s a different vibe and show with different songs, but it’s really fun. It’s taken on a life of its own. It doesn’t sound like a Drive-By Truckers album, even though many of them play on it. The songs are very personal — probably more directly personal than anything I’ve ever done, but they seem to resonate with people and have gotten a really strong positive reaction.”

Hood recently completed a solo tour of the East Coast, and he plans to perform unaccompanied this week in Charleston with nothing on stage with him but a microphone and an acoustic guitar.

“On these solo shows, I mixed it up set-wise, playing new songs from my new album as well as Truckers songs and sometimes even some really old stuff,” Hood says. “I’m by myself, so the emphasis is more on the songs themselves and the stories surrounding them. It’s very intimate and a lot of fun.”