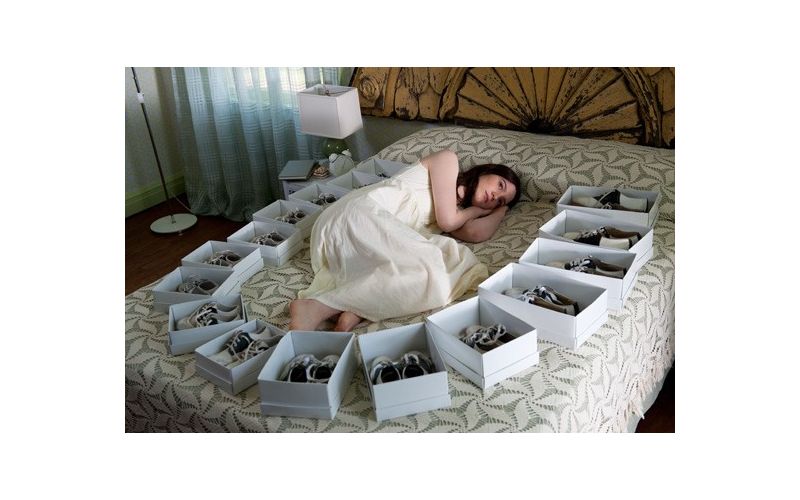 Since the renaissance of South Korea’s film industry in the late 1990s, they have consistently turned out some of the world’s strongest genre films, if not the best altogether. A good amount of the credit for that goes to Park Chan-Wook, who has been pumping out dense, thoughtful potboilers ever since his Joint Security Area broke domestic box office records in 2000. So when a number of South Korea filmmakers made deals to work on American soil (Kim Jee-Woon already came and went with The Last Stand) Park’s English-language debut became the focused point of anticipation among the bunch.

But, in the grand tradition of Asian auteurs like Akira Kurosawa and John Woo and so many others, he’s been shackled by the system. Stoker, a Fox Searchlight release written by Prison Break star Wentworth Miller, offers Park a chance to lay his fingerprints all over a Gothic setting so unsettling that it’s not totally unworthy of the title’s literary reference. The problem is that Miller’s fingerprints (and those of whoever else got paid to re-write it for Chan-Wook, whose English is shaky at best) are on it, too.

Mia Wasikowska stars as the painfully introverted India Stoker, trapped with her domineering mother after the freakish accidental death of her well-to-do dad. We may be getting a Carrie remake later this year, but Wasikowska, with evenly parted hair to complement her bloodthirsty eyes — trapped here with a Nicole Kidman so repressed and undersexed that she looks like she walked off the set of a Douglas Sirk movie — has done the job well enough already. So when the comically evil Uncle Charlie (Matthew Goode) moves in, smirking and cracking wise while the number of local disappearances starts to pile up, it’s easy to see why India begins to lose her grip.

That’s when Chan-Wook takes over, and it’s a bloody, hallucinogenic marvel. Match cuts, dissolves, and even disappearing acts — every trick in his toolbox comes out. The screws tighten and tighten, the film propelling forward with dreamlike intensity, like some kind of Southern Gothic take on Repulsion. While Chan-Wook can, he discards the litany of references built into the script (the Uncle Charlie bit is taken, name and all, from Hitchcock’s Shadow of a Doubt, and the tone of the dialogue can only be described as Tennessee Williams, etc.) and comes out with an hour-long visual assault in its place.

Chan-Wook’s entire take on the film is to play with perception (he borrows his opening and closing shot from his compatriot Bong Joon-ho’s masterpiece Mother, and like that film, Stoker works slowly-but-surely to reveal the circumstances of its first frame). He’s constantly making us question what’s in India’s head, what’s actually happening, and where the line is drawn between the two. All the violence and pent-up sex collide in a crosscut shower/murder sequence so gloriously crass it seems like it came out of I Know Who Killed Me.

It’s exhilarating while it lasts, but then the script catches up with him. Miller’s characters feel the need to stand around for the majority of the third act and explain all their back stories, which manages to simultaneously kill both the ambiguity at the center of Chan-Wook’s approach and all the momentum he has built up until that point in the film. I never loved the penultimate scene of Psycho, which stops to explain all the events of the film, but at least it didn’t take this long.

In nine films, this is the first time Chan-Wook has directed a picture he didn’t get a writing credit on. And for once, he seems to care less about what he’s saying than how he’s saying it.