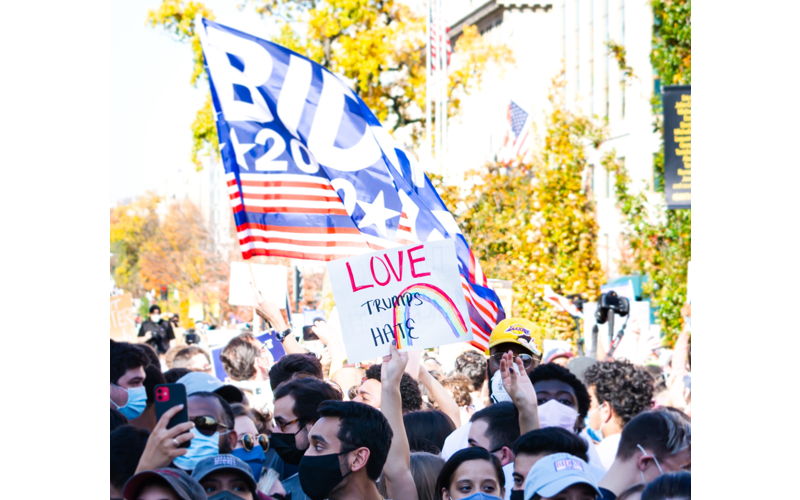 Photo by Gayatri Malhotra on Unsplash

President-elect Joe Biden, emboldened by a presidential victory like none other in history, spoke with passion about America’s future in a Saturday speech like none he has ever given.

But his sparkling eyes told the story. After a speech brimming with unity, prosperity and America’s possibilities, the 77-year-old watched fireworks with a hopefulness for the future and an eagerness to lead after four years of sour, dour histrionics.

Big words in a time that needs big vision and real action. Biden knocked it out of the park Saturday with the passion that America and the world have needed for a long time.

So, too, did Vice President-elect Kamala Harris. Newer on the stage, but with a long view of what’s to come, Harris connected historical challenges faced by women to the reconciliation that faces us in the days to come.

“Tonight, I reflect on their struggle, their determination and the strength of their vision to see what can be — unburdened by what has been,” she said.

“I believe at our best America is a beacon for the globe,” Biden said from his home state of Delaware. “And we lead not by the example of our power, but by the power of our example.”

He spoke about how the nation desperately needs unity.

The president-elect rightly pointed a finger at former colleagues in Congress — Democrats and Republicans — on how they desperately need to be the leaders they were elected to be and start working together, instead of tearing people apart with vitriol.

“Let this grim era of demonization in America begin to end — here and now,” Biden said. “The refusal of Democrats and Republicans to cooperate with one another is not due to some mysterious force beyond our control. It’s a decision. It’s a choice we make. And if we can decide not to cooperate, then we can decide to cooperate.”

With soaring voices, Biden and Harris reminded Americans of a constant through history — how the nation is built on and filled with possibilities for everyone.