Our film critic sat down with the stars of classic Christmas flick, Night of the Comet

Soundbites from the Belmont Sisters 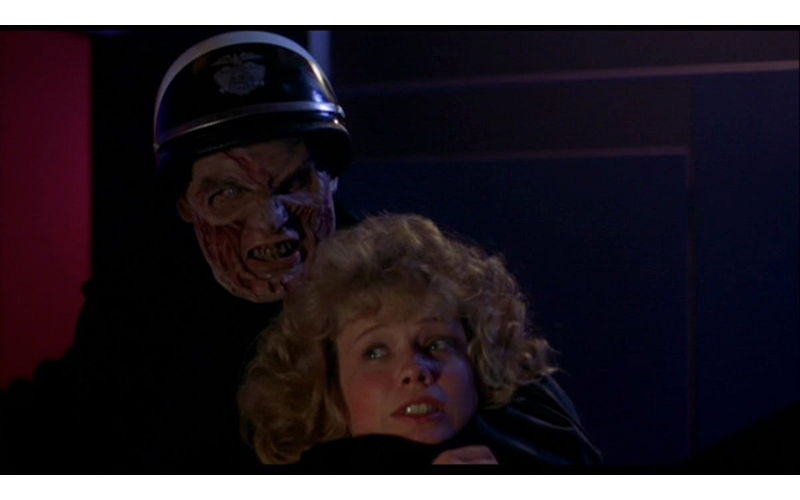 It’s officially the Christmas season and that means there will be a slew of holiday flicks from which to choose. While there’s one involving little green monsters wreaking havoc on a small town that I’m insanely partial to, there’s another film released 35 years ago that also takes place during the holidays that I love. Have you ever seen Thom Eberhardt’s horror/sci-fi/comedy Night of the Comet? It’s one of those gems I could ramble on and on about. It’s a movie that has amassed a small but loyal cult. I’m one of its proud members.

It’s very much a lighthearted popcorn flick of its era. Our two protagonists have big Aqua Net encased hair. An automated radio deejay intros songs filled with sexy sax and exuberant vocals. The mall, an ’80s teen hangout if there ever was one, plays a big part in the story. Even with those ’80s signifiers, it’s a timeless film in its own right.

While the film amassed critical praise and made 14 million off a $700,00 budget, it never made the same splash as other films of that era. That being said, those who love it, really love it. There’s a great fansite dedicated to all things Night Of The Comet. Writer-director Joss Whedon cites the film and the snarky ass kicking Belmont sisters as inspirations for his film/TV show Buffy The Vampire Slayer.

Recently, the Belmont sisters themselves, Catherine Mary Stewart and Kelli Maroney, were kind enough to let a fanboy fire off a boatload of questions about the production and their careers. (Mild Comet spoilers ahead for those who’ve yet to see it):

CP: Is there a particularly fond memory you have from Night of the Comet?

Catherine Mary Stewart: Night of the Comet was a real collaboration. In general, it was a lot of fun to shoot just based on the script itself. I loved doing the alley scene where I get to fight the zombie. That kind of physical stuff is great. The scene in the mall was a lot of fun. We were allowed to do some improvising throughout the filming. The mall was no exception. I also love the way the movie ends. It makes me smile and laugh out loud. Kelli Maroney and I have stayed good friends all these years and I have recently re-connected with the director, Thom Eberhardt. He and I reminisced for well over an hour. It was fantastic.

Kelli Maroney: After our first day of shooting, one of the producers, Wayne Crawford, walked through the crew and said, “No reshoots.” Everyone was so happy. I later found out why — turns out Crawford-Lane Productions’ policy was to always consider the first day of shooting a “rehearsal” and no one expected to really be able to use anything from that day. The fact that no one needed to reshoot any of our scenes from that day was a huge compliment to Cathy and me. It was all the stuff at the Belmont house in the beginning (of the film) when Reg comes home, so it was a lot.

Was chemistry easy to come by for the two of y’all? Was there any room for improv on the set?

CMS: As I mentioned earlier, there was definitely some improv. The scene where Kelli is testing a MAC-10 gun on a car, the gun kept jamming. In order to justify the jamming we improvised with the now iconic lines, “… Daddy would’ve gotten us Uzis,” and, “The car didn’t know the difference.” These guns would jam all the time. Normally you can cut around that, but this scene required some consistent shooting and the guns would not cooperate, so we improvised.

KM: The whole magic of any film is the relationship between the characters. To me, it’s what every film is really about underneath plot and genre. Cathy and I had both done Daytime soaps so we knew how to work quickly. It felt so natural working with Cathy that it didn’t occur to me to “work” on the chemistry. It was one of those strokes of luck that happens in filmmaking, since we didn’t meet beforehand to rehearse, weren’t cast together, any of that. We probably must have had past-lives and history together we just weren’t conscious of in the present.

Joss Whedon has cited Night of the Comet and its enduring legacy of positive female characters as being an influence. How does it feel to know a work you helped create has been an inspiration?

CMS: I only found out about (the film’s) influence on Joss Whedon fairly recently. Buffy the Vampire Slayer, the movie, was said to be inspired by NOTC. That is pretty cool. I would love to meet the man and ask him about it.

KM: I’m very honored. I’ve been interviewed for a book on Joss Whedon and recently did a panel on “How to Build a Buffy” at WhedonCon. It’s an enormous compliment.

Catherine, you have more than 70 roles to your credit, is there a particular movie you’d like more people to see?

CMS: Since it’s Christmas season, of course Night of the Comet, but I also have a few Christmas themed shows that are usually airing around now. The latest is Rock N’ Roll Christmas with Beverley Mitchell on UPtv. It’s a fun story of a popular mother/daughter singing duo who have a serious falling out. Fifteen years later they are tricked into performing on stage together. There is a hesitation but they discover that their popularity has not waned and they are asked to cut a new album together. So it becomes a story of tolerance, understanding, and forgiveness, but it is a bumpy and at times quite humorous path to get there. A Nutcracker Christmas with Amy Acker is another wonderful Christmas story from Hallmark.

You mentioned in an interview pondering directing, are you still pursuing that? If so what would it be?

CMS: Right now I have several projects in the works. One is a mother/daughter story about all the complications that arise in today’s age of the internet. It’s a very relatable story not only for young people but also parents trying to navigate this new era. My writing partner and I wrote the script and along with my producer, we have it circulating to different production companies. I’m also developing a play that I will direct and I’m working on another script to direct. So I’m busy.

In one interview, Kelli, you mentioned that, before landing a role as Kimberly in the soap opera, Ryan’s Hope, you spent time watching movies with your mom and the emotional resonance for you? Has there been a movie that you remember back then that resonated with you?

KM: Oh, yes, just to name a few, I Want to Live! with Susan Hayward, The Birds by Alfred Hitchcock (don’t ask me why my mom let me watch that — I’m still traumatized.) Bringing Up Baby, It Happened One Night, Now, Voyager, Hush, Hush, Sweet Charlotte … the list is long.

Also you’re known to a whole generation of film fans as Sam, Alison from Chopping Mall, and Jamie from Zero Boys but not enough know about your role in a movie like Face Down. Is there a role of yours that you feel has been underseen?

KM: Thank you. I do wish more people could see Face Down, and some other things I did in the ’90s. I hope there are more roles in the future that people will really enjoy, maybe even as much as the older films. I would love that.

Are you currently working on anything in particular?

KM: I have a film coming out called Exorcism at 60,000 Feet and the film Blowing Up Right Now, both full-length features; a short comedy film, Corky: All Grown Up in the festivals, in post-production are an apocalyptic short, A Well-Respected Man, and a sci-fi project, The Video Store set in the ’90s.