Canadian troupe bows out gracefully with a heartfelt production 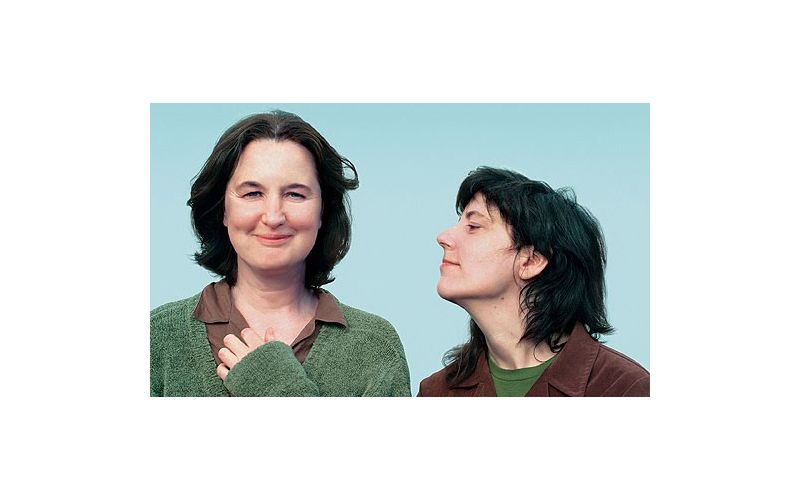 “There’s a funny thing in our culture with endings; sometimes they’re just as joyful as beginnings and better than middles,” says co-founder Daniel MacIvor, referring to the end of his company, da da kamera. A Beautiful View is the last new work his Canadian troupe will produce before parting ways next year. But one gets the feeling he could be talking about relationships in general.

The play they’ll be bringing to Spoleto, A Beautiful View, delves into interpersonal relationships, or at least a human longing for connection, as does most of the company’s work. MacIvor himself exudes a warmth and connectedness, even over the telephone. “This is our final new show — this is like our final farewell.” MacIvor and partner Sherrie Johnson have been guiding da da kamera for 20 years and decided that calling it quits would be best executed “while we’re still excited about it.” da da kamera tours about eight months a year, their development and rehearsal process is very lengthy, and MacIvor is ready to switch gears. Even though he’s already an acclaimed playwright, he’s ready to focus on playwriting and finding other people to perform his plays.

MacIvor finds himself more inclined lately to traditional forms of writing and theatre. You can’t blame him — he’s been doing experimental so long that it’s probably become routine to him.

da da kamera’s swan song is “a love story about two people who don’t think they could possibly love the person they love …. and a metaphor about fear, and how we have to allow ourselves to be consumed — maybe even destroyed — by our fears.”

A Beautiful View began in 2001 as a commissioned workshop teaching tool from The Wexler Center in Ohio. Then it resurfaced in 2004, where “it started to find its form.” First MacIvor conceives a theme, and then he finds the actors he wants to work with, “even before I get the characters,” he says. This approach makes their work “very human,” says MacIvor, since their plays are about human experience and human behavior. “There’s a certain level of truth, which I think is part of its overall appeal,” he says.

Stars Tracy Wright and Caroline Gillis were already friends, which helped the development process move more quickly. “It’s about a friendship and the history they create with one another,” says MacIvor. In the play, the two women start as friends, turn into lovers, and experience three decades of shifting relationship dynamics (all in one act).

In addition to developing the characters organically, da da kamera also works on the technical aspects from the beginning, incorporating sound and light into the dramatic story. Many companies don’t take the time to work with sound and light until a few days (hours, in some cases) before the show opens. With da da kamera, light and sound are there before the idea is even fully formed. “They’re as important narratively as text and performance,” says MacIvor.

In spite of all the simultaneous development of performance and technical elements, the da da kamera plays stay grounded in the script. “I’m first a writer,” MacIvor says, so even though his text may be affected by some things that come out in development and rehearsal, they don’t use improvisation to compose the text. “I find most actors hate doing it anyway,” he says. “We have a feeling of spontaneity, but there’s rigor at its core.”

This Spoleto performance will be your last chance to catch the fruits of da da kamera’s unique and successful formula and to experience what will most likely be a beautiful ending.