OPERA & THEATRE ‌ Takin’ it to the Streets 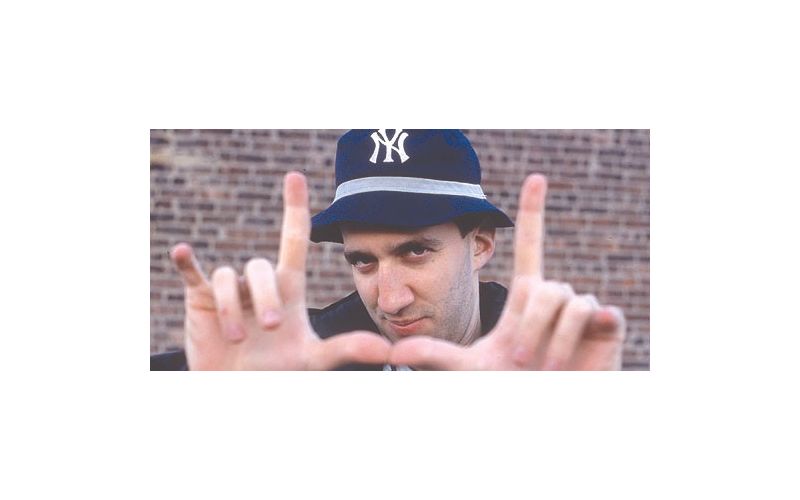 Outspoken monologuist Danny Hoch wants you (at his show)

Calling something “An Evening With” makes it sound so pleasant, doesn’t it?

“Yeah, I don’t think I came up with that,” says Danny Hoch. He’s calling from San Francisco, where he’s mounting a new play in a matter of hours. The lights and sound are being set up around him as he talks very, very quickly. This seems like the norm for Hoch, squeezing in conversations when he can, amidst the bajillion other things he has going on.

Hoch is an author, performer, and prize winner. The Village Voice, The New York Times, Random House Publishers, HBO, and Spike Lee (he was in Bamboozled) all took notice of his views on race, class systems, politics, society, and culture. He founded the Hip-Hop Theater Festival and The Active Element Foundation, which helps procure money for young activists and artists. He’s also a teacher. He used to teach “high-impact conflict resolution through drama” at prisons — around five days a week — because “prisoners don’t get any stimulation other than watching Jerry Springer and soap operas all day.” He’s a cultural liaison to Cuba, and a fairly vocal activist who has regular scuffles with the film, music, and publishing industries over their corrupt and racist practices.

So while “an evening with” is usually reserved for people like jazz singers and Garrison Keillor, this is a similar mixed-bag presentation of sorts. Hoch will perform excerpts from his acclaimed Jails, Hospitals, and Hip-Hop, in which he assumes different characters and delivers poignant monologues. He’ll also incorporate performances from his HBO Def Poetry appearances, themes of hip-hop and politics, excerpts from his new play, and an essay on global hip-hop culture and how it’s affecting American hip-hop.

“It’s like Hip Hop Theatre 101 for ‘hip-hop people’ and for ‘theatre people’ who haven’t seen these issues before,” he says.

Hoch really wants to expose the more hip-hop kind of people to theatre, and that’s where a lot of his work lies.

“We spend so much time trying to get them to the theatre,” he explains “because the others will be there.” The others are “the white, over-60 theatre subscribers” which he still appreciates but knows he doesn’t have to worry about in terms of filling seats. “More often than not, the theatre folks will show up anyway,” he says, so he spends an inordinate amount of time, money, and effort trying to get non theatre-goers into his shows.

But don’t hip-hop people already know about the injustices of which he speaks? Aren’t theatre people the ones who need awakening? “The hip-hop generation needs to be awakened as well, because they have less theatre experience,” he says. His is a mission of merging — of getting the theatergoers to see that the streets really do exist off of the stage and screen, and of getting the non-theatregoing people, especially from poorer and/or non-white backgrounds, to see that theatre is not out of their reach and can be a vehicle of expression for them.

While in Charleston, Hoch will be doing a private teachers’ workshop on “hip-hop aesthetics in education” and will also participate with monologuist Mike Daisey in the “Conversations With” panel discussion.

Hoch has had two films squashed before they could get proper distribution, book and TV series deals go sour because his material was “too ethnic,” and he was even edited out of the film The Thin Red Line. Either he’s had some bad luck, or there really is an industry conspiracy. He was invited to perform a guest spot on Seinfeld once, but turned down the role when the Seinfeld team refused to budge on their characterization of a crazy, hopping Puerto Rican pool boy.

When asked if he thinks multiculturalism will ever be fully embraced by the public and its governing entertainment body — Hollywood — Hoch responds that the term ‘multiculturalism’ is a tricky one, because it carries with it “contrived attempts of inclusion.”

“What we really have is ‘polyculturalism’ — not everybody lives in segregated communities,” he says, forcing inclusion only works to divide and complicate. “More people end up getting excluded than included.” The best approach to getting different ethnicities and cultures represented in the arts, and to getting diverse audiences to the theatre, Hoch says, is to start with a redistribution of power. Even those who claim to want multiculturalism very often don’t, or buckle under various outside pressures. And then you have to have the new people in the decision-making positions make wise, all-inclusive ones. You’ve probably noticed when theatre companies have a season of “white” shows and then, say, A Raisin in the Sun. “One multicultural show in their season of whiteness ends up being slots. So what happens is the slots end up being tokens,” and the end result is that one show stands out and ends up being exclusive, rather than inclusive

Will theatre companies and movie studios take note of what he says? Maybe not. But you can, once you spend an evening with him.