On the eve of Tarantino’s Once Upon a Time, a look back at other films of the era 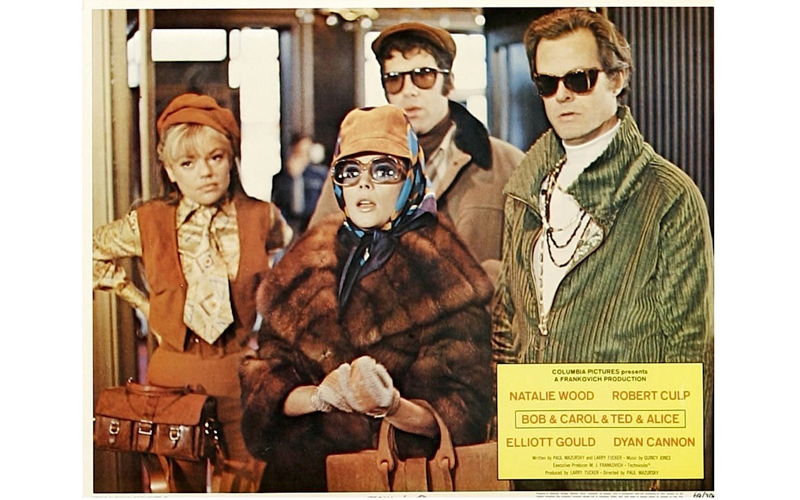 As we slowly crawl toward the end of another July, we can survey what has dominated our cinematic head spaces … that is if you’re into that sorta thing. If you are, you’ve likely thought about Thanos, blue Will Smith, lions from the Uncanny Valley or even that upcoming Skywalker movie you saw an ad for. You likely haven’t thought of any particular star vehicle or director’s new movie.

Maybe that’s why Once Upon a Time In Hollywood, Quentin Tarantino’s latest wistful look back at the tumultuous year of 1969 sticks out so much.

It’s hard to believe, but there was a time when directors were household names. People actively awaited Stanley Kubrick’s next cynical satire. Before movies like Jack and Twixt, people looked forward to the latest Francis Ford Coppola film. And even if the returns have been diminishing lately, Steven Spielberg’s sentimentality and escapism is a trademark folks know and look forward to. If James Cameron returns to direct a film that isn’t an Avatar sequel, it will be a big deal. With a couple of exceptions like Christopher Nolan, it’s become rare for directors to become household names more for the tales they tell than the CGI flourishes that adorn those stories.

With the exception of the trailer, I’ve purposefully kept my knowledge of what Once Upon a Time In Hollywood is about to a minimum. I know that it stars Leonardo DiCaprio as a flailing star, Brad Pitt as his stuntman, Margot Robbie as the late Sharon Tate, and Margaret Qualley as maybe one of the Manson girls? I think Kurt Russell has a cameo as Stuntman Mike from Tarantino’s Death Proof?

Will it be good? Will it be a tasteless reminder of the Manson murders? Who knows?

Personally, I’m a fan of Tarantino. He, like Joe Dante and Spike Lee, turned me on to other films and genres. He’s known for wearing his deep-cut influences on his sleeve, and if you have an encyclopedic film knowledge, you can spot the influences a mile away. Honestly, my knowledge is limited compared to my other movie-obsessed friends. So, I was intrigued when film essayist Kim Morgan and Tarantino teamed up for Sony Movie Channel’s The Swinging Sixties, looking at 10 ’60s-era flicks as a primer on the director’s possible influences ahead of Once Upon a Time‘s release on Friday.

My guess is that in between the presentations of each of these films, Morgan likely posited thoughtful questions that prompted Tarantino to give each film an enthusiastic too-much-information response (personally I find it endearing but I can see where it may be irritating).

In no particular order, here they are:

With the rom-com Cactus Flower (1969, directed by Gene Saks) a nurse, played by Ingrid Bergman, secretly falls for her dentist (Walter Matthau) who has his eyes set on a nurse/dancer named Toni played by Goldie Hawn. In the neorealistic world of Model Shop (1969, Jacques Demy) an aimless American architect gushes over and pursues Lola, a woman who works at a model shop. A submarine commander, played by Cliff Robertson, secretly photographs Japanese aircraft carriers in the Coral Sea but he and his crew are ultimately captured in Battle of the Coral Sea (1959, Paul Wendkos).

In The Wrecking Crew (1968, Phil Karlson) dashing (or pervy, depending) spy Matt Helm (Dean Martin) goes on one last mission tracking down $1 billion in gold. Meanwhile Vince Edwards plays an agent named Hammerhead (1968, David Miller) who has tracked down an evil genius. Getting Straight (1970, Richard Rush) stars Elliott Gould as a Vietnam vet who gets swept up in activism while attending college. Themes of parental neglect, sibling rivalry, and unchecked aggression play heavily into the western Gunman’s Walk (1958, Phil Karlson), while Arizona Raiders (1965, William Witney) has its sights set on good old-fashioned vengeance.

Of the 10 films, the final two are the most recognizable. In Bob & Carol & Ted & Alice (1969, Paul Mazursky) we’re reminded that what the world needs now is love, sweet love — and an occasional dalliance with your best buds Natalie Wood, Elliott Gould, Robert Culp, and Dyan Cannon may not hurt. Perhaps the most ingrained in our collective consciousness is none other than Easy Rider (1969, Dennis Hopper), a film that is as known for its “born to be wild” ethos as it is for its stars (Peter Fonda, Dennis Hopper, Jack Nicholson) and ill-advised middle fingers.

Once Upon a Time In Hollywood — Rated R.
Directed by Quentin Tarantino. Starring Margot Robbie, Leonardo DiCaprio, and Brad Pitt.

The Charleston Grill will open its doors for the first time since the start of the pandemic Thursday.