Ohm 96.3 celebrates turning one and the road ahead with a variety show 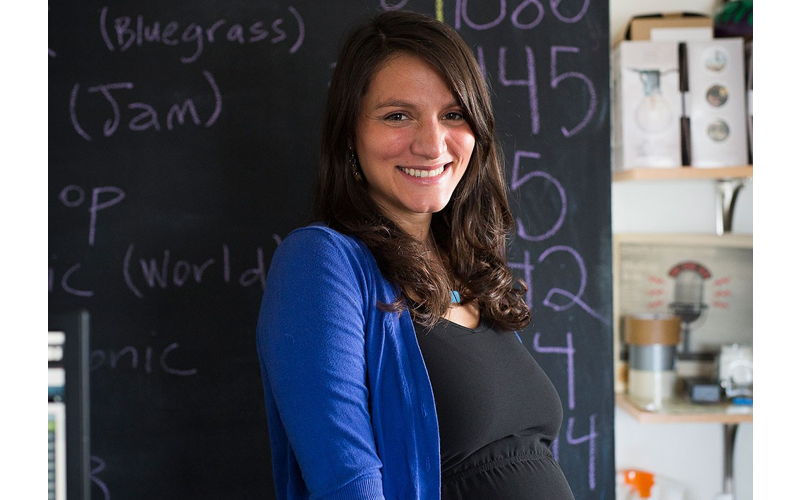 Vikki Matsis is a busy lady. She has run Spring Street’s Notso Hostel for over a decade, is the manager of Charleston Housing Company, and for the past year, she’s also overseen the growth of her new baby, Ohm Radio. Its success has Matsis glowing, though the summer heat adds a special glisten, too — it’s a cool 101 degrees (without the heat index) when Matsis rolls up on her bike to meet with me at Park Cafe. We exchange complaints about Charleston in July and agree that cold cucumber soup is the obvious remedy before Matsis begins to share how far Ohm has come. According to her, there are plenty of reasons to celebrate the station’s first birthday.

About a month after Ohm Radio hit the airwaves, the station had already gained several thousand active listeners — not bad for a community-funded start-up and the first project of this sort that Matsis and her husband Lee Barbour have ever taken on. One year later, and the station has grown exponentially with the help of grants and continuing fundraisers, like May’s Sweetcorn Cook Off and this weekend’s Ohm Variety Show. “And so this year we’re signing up to be formally rated,” Matsis says. “You have to pay for it, so that was really encouraging that we can do that.”

One of the grants that was particularly miraculous came from TrioSolutions back in December. “We got the CreateAthon grant,” Matsis explains. “So people work for 24 hours — graphic designers and all these different people — to create something for nonprofits that really need it and don’t have the funds for it.” Ohm’s particular 24-hour blitz produced a mobile app that connects with the station, so listeners can see what songs they’re listening to.

Ohm has also been able to upgrade its system with the help of local friends. “We used to go through somewhere in South America, but now we’re working with theFix.fm and they’re giving us one of their broadband streams, which is why it’s so much better, so much clearer,” says Matsis. And the station has welcomed in-studio performances from local and visiting artists, and has conducted interviews with over 70 members of the community.

As for Ohm’s next chapter, that involves a new board consisting of Ohm DJs, a.k.a. folks who have already invested a lot of time and care in the station, like Marcus Amaker (Marcus Amaker’s Mixtape, Monday mornings at 8 a.m., Sundays at 9 p.m.), Lindsay Holler (Begged, Borrowed, and Stolen, Tuesdays at 4 p.m., Sundays at 6 p.m.), Pam Huseby (The SOUL Preservation Society, Sundays at 11 a.m., Thursdays at 9 p.m.), and Matt Williams (Dancing in the Dark, 8 p.m. on Thursdays and Saturdays).

The station is also getting ready to adjust its format to a more streamlined schedule during the work week, so listeners can always depend on hearing, for example, music at 8 a.m. every day on the drive to the office, and rock music as they get ready for Friday night shenanigans. And Ohm will soon take on local news broadcasts, with its first story on why King Street doesn’t recycle.

So how can you help the station reach its second birthday? Beginning Sunday, Ohm will offer supporter opportunities so as to avoid doing an on-air drive. Donation levels and rewards range from a $15 one-time donation and an on-air thank-you to an underwriter donation of $2,400 — that’ll get you a record display for your business and several on-air announcements a week.

And then there’s the variety show this weekend, which Ohm has fashioned in the vein of NPR’s Prairie Home Companion, complete with “on-air” interviews and skits sandwiched between performances from country-soul singer Jordan Igoe, jazz troupe Rock Out with Your Wiltrout, hip-hop artist Alan Fame, garage rockers Secret Guest, the Lasso a cappella choir, and puppeteer Mr. Bonetangles. Sketch comedy duo Nameless Numberhead will host, while the SOUL Preservation Society will spin vinyl, and Mayor Tecklenburg is also expected to make a guest appearance.

To listen in, get the app, or learn more about supporting OHM, go to ohmradio963.org.