North Charleston Arts Fest enters its 37th year with some old, some new, and something for everyone 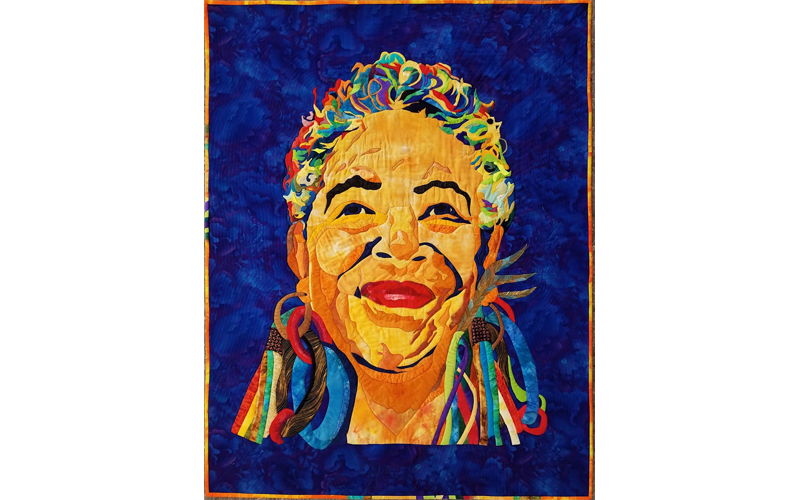 You don’t have to stick to the peninsula to experience an incredible arts event. From May 1-5, arts events will be popping up all over North Charleston as part of the 37th annual North Charleston Arts Festival. Just as Spoleto touches venues across the peninsula, the North Charleston Arts Festival takes place in multiple locations across North Charleston. What started as a small, half day festival in 1982 has expanded into a five day artistic smorgasbord. The fest features everything from musical acts and visual arts exhibits to unexpected events like horticulturist-led lectures and operatic events paired with wine. “We’re trying to bring the arts to the people and trying to use various locations,” says Ann Simmons, deputy director of the city’s Cultural Arts Department. “North Charleston is pretty spread out, and we really strive to have events taking place in every part of the city.”

With events spanning nearly every artistic discipline, the festival truly offers something for everyone. “I think one misconception is that most of the artists that we feature during the festival are North Charleston-based artists,” says Simmons. “We feature local artists of course, but also regional, national, and in some cases international artists participate.” A handful of the events are ticketed, but most are free to attendees. When tickets are required, it’s only to cover the cost of what’s consumed. The Cultural Arts Department’s mission is simple: to bring the arts to an area that’s often in the cultural shadow of the peninsula. “We’re not making a profit from anything,” says Simmons. “The whole festival is about a third of our department’s budget each year. It’s really the city’s gift to the community and to visitors who are experiencing our area.”

If you’ve attended the festival in the past, expect a handful of key changes. Previously, the festival featured a large two-day Arts Fest Expo at the Convention Center with multiple stages, vendors, and exhibitions. The Cultural Arts Stage in particular was always a hit with attendees. “It’s an opportunity for folks to see dance and music performances by a lot of cultural groups, so this year, we’re taking the popularity of that stage and building a whole festival event around it,” says Simmons. This new event will be called the World Arts Expo and will take place at Riverfront Park. The event offers a break from a heavy Lowcountry focus and gives attendees a chance to experience how other cultures approach the arts.

Another new addition is the Park Circle Pickin’ Crawl which takes place up and down East Montague Avenue. The event is representative of the familial, lend-a-hand vibe that Park Circle’s small businesses are known for. Businesses will “band” together to give us all a foot-stompin’, toe tappin’ good time. The Pickin’ Crawl features a series of bluegrass and Americana concerts that start at Orange Spot Coffee and move on to Commonhouse Aleworks, Southern Roots Smokehouse, and end at DIG in the Park.

Not only is the area known for its friendly small businesses, but its reputation as a creative community has grown significantly. Events like the Arts Festival help keep the momentum going. “The Park Circle area really has a lot of synergy for artists,” says Simmons. “I think the challenge for North Charleston’s arts and culture is that we’re spread out and there really aren’t art galleries in the area. So the nice thing about the Arts Fest is that during those five days, you’re experiencing art in places that you normally wouldn’t like libraries, community centers, public parks, even some businesses.” For example, Itinerant Literate is hosting an author reading and workshop, and Fresh Future Farm is hosting a lecture and book signing by a horticulturist.

Another notable addition this year includes a fresh finale to wrap up the festival. The Arts Fest opens in the same way it has in the past with a Brunch Boat Cruise, but it ends in an entirely new way with an Arts Fest Exhibition Encore. The exhibition itself takes place throughout the entirety of the festival, but the Encore addition includes live music, community art projects, food trucks, and live painting demonstrations. It creates a solid conclusion to the festival and is a chance for those who haven’t been able to get there during the week to come check it out.

While these events are shiny and new, they are a drop in the ocean when you consider the multitude of offerings available over only a five day period. “I think the festival certainly proves that our city supports the arts,” says Simmons. “It goes with our mission as a department to offer accessible arts experiences to the general public year-round. We’re really excited for what we have planned this year.”

Learn more and find the full schedule online at northcharlestonartsfest.com.