New SCGOP head Chad Connelly tells one whopper after another 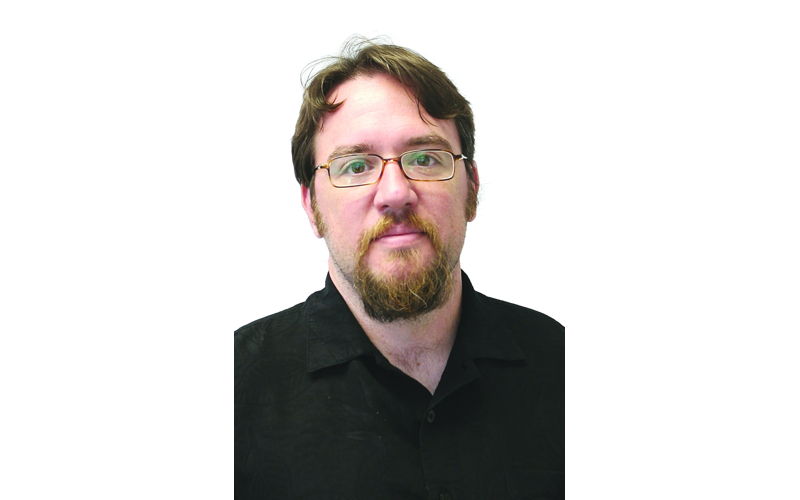 Chad Connelly wants you to know the truth.

About the Founding Fathers.

And like any good truth-teller, Connelly, the current chair of the S.C. GOP, doesn’t like lies — and the lying liars who tell them.

About halfway into his 80-page tome, Freedom Tide, Connelly argues — as he frequently does — that the Founding Fathers Christians intended the United States to be a Christian nation. (As far as that bit noting that “Congress shall make no law respecting an establishment of religion,” Connelly says that the Founding Fathers only meant that the federal government would not endorse one Christian denomination over another. However, Connelly argues that James Madison and company had no problem with states picking an official state religion.)

Of course, the U.S Supreme Court, the liberal media, the Democrats, and the rest of their ilk don’t want you to know that. They also want you to believe that the Constitution is a living document open to interpretation, and not a set of unchanging, unyielding, nearly infallible rules governing our lives.

But over the years, the anti-Founding Fathers forces have gotten their way, fooling the American public into believing untruths. Connelly writes:

The debate about our founders’ intentions and where we stand today makes us question: what changed and when? William James, the father of modern psychology, said, “There is nothing so absurd, but if you repeat it enough, people will believe it.” Adolf Hitler, like James, recognized the power of repetition in getting people to believe lies. “The ultimate Hitlerian propaganda technique is the principle of the big lie. Hitler declared ‘…that the very greatness of the lie is a factor in getting it believed … a great lie is more effective than a small one…’ In brief, the bigger the lie, the more likely it will be believed by the masses.”

Unfortunately for us, this is a truth that Connelly knows all too well. In fact, in Freedom Tide, the SCGOP chair tells one whopper after another. Whether it’s because Connelly is a compulsive liar, an incompetent researcher, or, more likely, a self-help-seminar sellevangelist trying to get you to buy into a multi-level marketing batch of bullshit remains to be seen. I’m inclined to believe it’s the latter.

For starters, in an effort to prove that God himself directed the founding of the United States, Connelly tells a rather inspirational story about the Pilgrims, a story that you may not have heard:

One hundred two people were on the trip to Plymouth. They had the courage and faith. They climbed aboard a ship in 1620 on the faith that the boat was going to go to a new land located somewhere to the west of them. I always thought that many Pilgrims died on the trip. Marshall [Foster, a Christian historian] taught us that only one person died during the 7-week trip — a sailor who cursed and mocked the Pilgrims’ efforts died of a mysterious disease that no one else caught. Moreover, a baby was born during the voyage.

Um … except that sailor wasn’t the only person who died on the Mayflower. See, two people died on the voyage, a crew member and, um, a boy named William Butten.

Now, you may argue that Connelly made a simple error, that he wrote down the wrong number in his notes. Perhaps.

But I’ve read Freedom Tide, and I know that Connelly was just getting started.

In a later passage, the SCGOP chair discusses the Pilgrims’ first winter at Plymouth:

The Pilgrims arrived in the New World only to endure a horrific winter. Of the 20 women who made the journey, 15 perished that first winter, mostly as they covered their children from the cold and gave up their food so their children could survive. Food was so sparse that the daily allotment per person was five kernels of corn a day … Those mothers sacrificed their lives for the future: despite the loss of 15 women, not a single child died during the first winter. Another amazing miracle.

Once again, Connelly has it wrong. Nine children died during the winter of 1620-21. The only thing miraculous here is the chairman’s ability to let an inspirational story get in the way of the facts.

And he’s not above letting the facts get in the way of making a point about the U.S. Constitution, as evident in a later chapter on the First Amendment. Connelly writes:

Probably the most prominent example of the freedom debate is the controversy over the First Amendment. Some believe that it guarantees the separation of church and state. This seems to be one of the most divisive issues in America today, and many people have succumbed to the media’s interpretation without ever checking out the truth for themselves. Here are some truths for us to ponder: the words “wall,” “separation,” “church,” and “state” are not found in any of America’s founding documents.

Here, Connelly gets it right, but only up to a point.

While it’s true that “wall”, “separation,” and “church” are found nowhere in, let’s say, the U.S. Constitution, the word “state” appears more than two dozen times in the document. Once again, you’ve got to ask why Connelly made such a over-the-top claim? What was he hoping to illustrate?

Hmm. Perhaps it’s the same thing he wants to say when he mentions that Thomas Jefferson, the Founding Father who first mentioned that the Constitution creates a separation of church and state, had nothing to do with the creation of the U.S. Constitution:

It should be noted that Thomas Jefferson did not sign the Constitution and was not in attendance at the Constitutional Convention in 1787. Not only that, but he was not even present when the First Amendment and religious freedom were discussed in the 1789 Constitutional session since he was in France as the United States minister.

Connelly is correct here: Jefferson didn’t sign the Constitution, he didn’t attend the convention, and he was the U.S. minister to France. But the point that the SCGOP chair is making is that Jefferson was not in a position to discuss Constitutional matters, which is far from the case.

Jefferson, the leading political mind of his day, was regularly in touch with the primary author of the Constitution James Madison. In fact, good ole Tom was intimately involved in the creation of the Constitution. According to the Library of Congress:

Thomas Jefferson’s December 20, 1787, letter to James Madison contains objections to key parts of the new Federal Constitution. Primarily, Jefferson noted the absence of a bill of rights and the failure to provide for rotation in office or term limits, particularly for the chief executive. During the writing and ratification of the constitution, in an effort to influence the formation of the new governmental structure, Jefferson wrote many similar letters to friends and political acquaintances in America.

But as bad as those omissions and errors are, nothing quite shows off Connelly’s inability to check his facts than what happens on p. 63 of Freedom Tide. He writes:

The alternative to free enterprise is summarized in a plan discovered in May 1919 by allied occupation forces in Dusseldorf, Germany. It was first printed in the United States in the Bartlesville (Oklahoma) Examiner-Enterprise that same year. See if any of this rings true in America today.

The plan in question? The Communist Plan for Revolution. And Connelly reprints it in his book. It reads:

First of all, corrupt the young, get them away from religion, get them interested in sex, make them superficial, and destroy their ruggedness. Get control of all means of publicity. Get people’s minds off of the government by focusing their attention on athletics, sexy books, plays, and other trivialities. Divide the people into hostile groups by constantly harping on controversial matters of no importance. Destroy the people’s faith in their natural leaders by holding their leaders up to ridicule and contempt. Always preach democracy but seize power as fast as ruthlessly possible. By encouraging government extravagance, destroy its credit. Produce years of inflation with rising prices and general discontent. Incite unnecessary strikes in vital industries, encourage civil disorders and foster a lenient and soft attitude on the part of government toward such disorders. Cause the breakdown of old moral values: honesty, sobriety, self-restraint, faith in the pledge word, and ruggedness. And last, cause the registration of all firearms on some pretext with the view of confiscating them and leaving the people helpless.

The only problem: The so-called plan is a hoax. According to Snopes, this particular hoax has been around since the 1946 and was thoroughly discredited by the New York Times in the 1970s.

I don’t know what is more distressing: The fact that the head of the SCGOP is a chronic liar or that he was duped by a too-good-to-be-true piece of horse shit.

I guess, Hitler was right in a way. The bigger the lie, the more likely the asses are to believe it.

Instead of bitching about the first line of this column, you should thank me for not giving the story away for nearly three frikkin’ decades.

So about that Comey book…

Trump’s tariffs are making the housing industry slowdown even worse