New exhibit The Lost dwells on the disappearing world 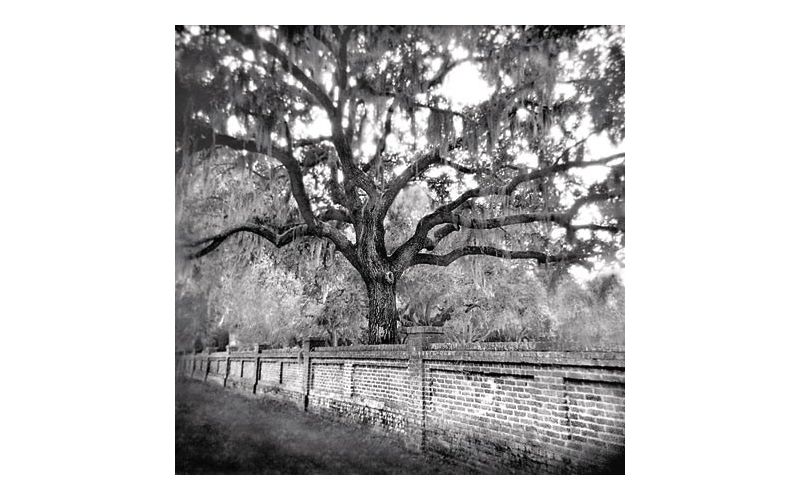 There are images from places as distant as Nicaragua, Morocco, and Peru in The Lost, a new photographic exhibit by Gary Geboy, but there are just as many scenes from around the corner, a few miles down the road, or maybe even right outside the window.

Though a careful observer might note familiarity in some of the images, there is also a distinct strangeness, a dreamlike quality that Geboy imparts on his work.

“Most of these places are just off the side of the road,” he says. “The whole concept of Lost is not that these are far away, but rather that they are disappearing so quickly — persons or places lost to time and environment.”

The spirit of the unknown captured within the art work is neither something he had to trek deep into the brush for nor something requiring extensive field equipment. Often, he says, the original image capture requires just himself and a Holga – a medium format camera with a penchant for light leaks, vignettes, and blur, which often lends an unexpected beauty to images.

For Geboy, the meticulous work begins after the shot has been taken.

That’s where he transforms the image from something that has been seen into something that might have been seen— a faded memory or a wisp of a dream slipping away upon waking. His process is a mix of old and new techniques, both the digital and the darkroom.

It’s fair to say that by distancing the images from reality, he may well be making them truer to how we, as people, really do recall the people and places that have touched something inside of us. Memory is a reconstructive process. Dreams shape the deepest parts of us. On some level, we’ve all experienced this in regards to our most emotionally evocative moments in certain places we’ve been: what lingers inside long afterwards is not precisely the same as what we originally experienced, nor does it need to be.

What we know intellectually about a place ruffles the surface waters; what we feel on a gut level delves much deeper. The images in The Lost address exactly that most haunting aspect of place.

And place is a concept that Geboy knows well. As a photographer and cinematographer, he has been traveling the world and documenting what he sees all around him for more than three decades. His documentary work has appeared in the National Gallery of Art, the Smithsonian’s Rock ‘n’ Soul Museum in Memphis, Tenn., the National Park Services visitor center of California’s Manzanar National Historic Site, and, closer to home, the Kings Mountain National Military Park in Blacksburg, S.C.

Three South Carolina galleries represent Geboy’s fine art photography. His work also has been featured in numerous juried shows and exhibitions, including the City of Charleston’s Office of Cultural Affairs and the S.C. Coastal Conservation League.

In his lifetime of documentary work, he has gathered images from locations as varied as Kyrgyzstan and Mexico, but he finds the South Carolina Lowcountry every bit as mysterious and artistically inspiring.

“It’s one of the most beautiful places I’ve ever been,” says Geboy. “The point is that you don’t have to trek that far. What’s important is what being in a place creates inside of you.”

His feelings about his adopted home are apparent throughout the book Transfer of Grace: Images of the Lowcountry, featuring black-and-white photographs by Geboy and writing by Teresa Bruce. Copies of the book are available for sale at the Center for Photography during the exhibit.

At the center, images of sun-warped Carolina docks and live oaks sheltering church ruins share wall space alongside ghostly desert scenes, a perfect juxtaposition. A sense of wandering — or, better still, the memory of wandering — pervades The Lost.

“These are things that you wouldn’t notice in the fast-paced world,” says Stacy Pearsall, director of the Charleston Center for Photography. “But when you slow down, there’s so much all around you, even in your own backyard.”

The prints themselves are extraordinary works of art, many of them platinum and palladium on hand-coated archival Japanese kozo paper. It’s an elegant process that results in gorgeous, individual prints: no one is exactly like another.

That fits. No single memory or dream is exactly like another either. And that is exactly what this exhibit describes — the lingering images of what once was (or perhaps what was once dreamed). It recalls the impermanence of ourselves and our memories of the world around us.