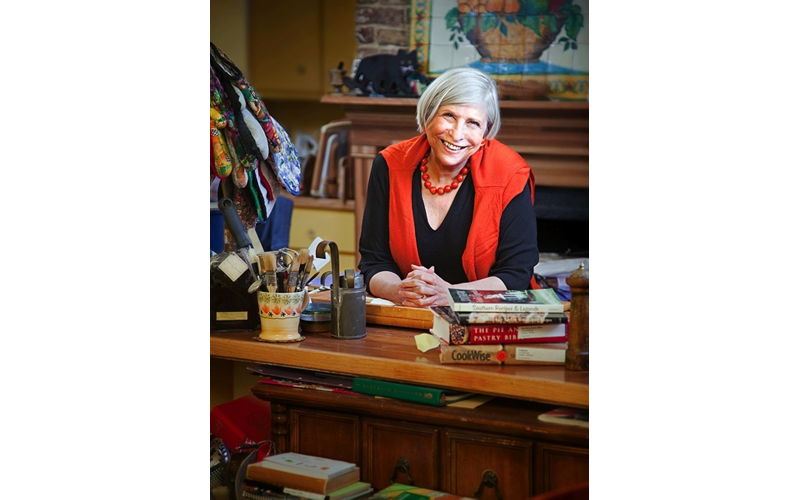 Best-selling author and television personality Nathalie Dupree has been a key piece of Charleston’s culinary culture since moving to the Lowcountry over two decades ago, writing 15 cookbooks and appearing on over 300 television shows over her career. On Tuesday, The Post and Courier reported she would relocate to Raleigh, North Carolina, in early December just before her 81st birthday.

Dupree’s cookbooks detail everything from entertaining at home to perfecting a Southern biscuit. Her latest volume, Nathalie Dupree’s Favorite Stories & Recipes, was published in October 2019 and details some of her favorite dishes and recipes from her 50-plus years in food.

Dupree moved to Charleston in the late 1990s with her husband Jack Bass, who grew up in the town of North, South Carolina. Bass is a historian and author who has written nine books himself. The couple is moving to Raleigh to be closer to Bass’ children.

“We made our decision and then everything had to fall into place,” she said. “Now, I have to deal with how much I will miss Charleston. It’s an exciting place to live, and I feel like I’m leaving it without really being able to eat my favorite foods.”

City Paper reached out to local chefs, restaurateurs and others who were influenced by Dupree to get their reaction on her lasting impact on Charleston’s food and beverage industry.

“Charleston Wine + Food owes Nathalie’s vision and belief in our beautiful city as a force to be reckoned with in the culinary community a debt of gratitude. Beyond her support of CHSWFF is something I greatly admire — being a champion of women. We are so grateful to know she will always be part of the fabric of our festival family.” -Gillian Zettler, executive director of Charleston Wine + Food

“Nathalie is a true crusader of women in the hospitality industry. She’s a mentor, a storyteller and a friend. I’m proud to be one of her ‘chickens.’ I’m going to miss sitting at her table. I would happily be a pork chop in her frying pan any day.” -Michelle Weaver, executive chef of The Charleston Grill

“I can still remember the first time that Nathalie ate lunch in the restaurant I founded (The Glass Onion) in 2008. I felt nervous and honored at the same time. But, Nathalie immediately welcomed me into her own corner of the Charleston culinary community where women supported women. She knew well the challenges of our male dominated industry, and she worked tirelessly to promote a sisterhood that has only grown over time. To me, that is her legacy here in Charleston — a “food and bev” sisterhood!” -Sarah O’Kelley, general manager of Edmund’s Oast Exchange

“She’s been in the restaurant ever since I started there and has been a great supporter of SNOB. I really appreciate what a trailblazer she was. She’s an amazing woman and was always brutally honest with me, which I truly appreciated every time she came in.” -Russ Moore, executive chef at Slightly North of Broad

“I don’t think people understand everything she’s done for the city because she lives a quiet life. For my career, she’s fed a lot of attention to us, championing my career and our restaurants. She always had a real sober take on things, and she really helped steer the city into the culinary destination it is today. Her opinion made a big difference to a lot of people.” -Mike Lata, chef and partner at FIG and The Ordinary

“She asked me if I would want to be her recipe tester and help her out with her book (Nathalie Dupree’s Favorite Stories & Recipes). Because it was her favorite recipes, it was like going down this big old walk down memory lane with her. Nathalie is going to forever be a teacher, so it was cool because she wanted to teach me no matter what. She’s sort of this figurehead of the culinary community, and I think we’re losing someone who made it their life’s work to foster young talent.” -Jenni Lata, owner of {TK} Culinary Consulting + Test Kitchen

Dupree will continue to write, and she’s been enjoying taking online cooking classes through Milk Street Cooking School. She plans to visit Charleston, but she reiterated how much she will miss the city where she spent the latter half of her career.

“Of course it hasn’t sunk in that we’re actually leaving,” she said. “We really haven’t had a lot of time to think about how much we’re going to miss it.”