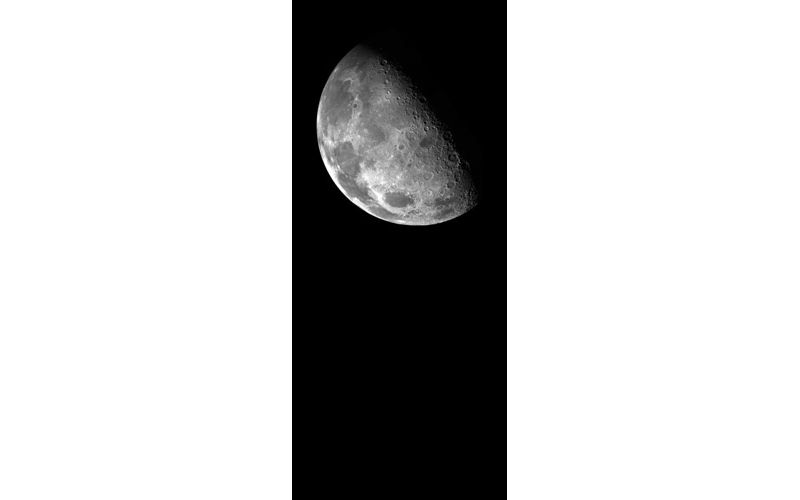 From Galileo to Google Moon

Galileo created the first telescope in the 17th century, and now, 400 years later, we’ve got Google Moon, an application that allows users to get a live satellite view of the lunar surface. In 2009, scientists found water on the moon, and College of Charleston Professor Cassandra Runyon was one of the lead scientists in the discovery. The following spring, she received a NASA grant to mount a moon exhibition, and she asked Halsey director Mark Sloan to curate. The result is the Halsey’s large-scale exhibition, From the Moon: Mapping & Exploration, which offers viewers a comprehensive examination of our relationship with our “sister sphere.”

Materials on loan for the exhibition include photographs, historic maps, books, and globes from places like Brown University’s Northeast Planetary Data Center and NASA’s Lunar Science Institute, along with an early refracting telescope from the College of Charleston’s historic observatory in the dome of Randolph Hall. “The beauty of the photographs is stunning, and comparing those with Galileo’s painstakingly hand-drawn maps is amazing,” says Project Manager Laura Moses. There’s even an actual moon rock on hand: Lunar sample No. 15555, 462 (032) was brought back on Apollo 15 and is approximately 3.3 billion years old.

Part of the exhibit includes a 13-minute film montage called Homage to the Voyage to the Moon created by local videographer John Reynolds and composer Bill Carson. The “homage” refers to the 1902 silent French film Le Voyage Dans La Lune, which depicted a fantasy exploration by six men. The Halsey film has taken the original and interspersed it with NASA footage in a way that mimics the plot line of the French explorers. Inside the small, darkened viewing room of the science building, the excitement is freshly palpable, as if you’ve just landed there yourself.

Part two of the exhibition, “Myth & Mystery,” focuses more on the arts and humanities through religion, pop culture, and folklore and will follow in 2013. “The Halsey sees itself as an extension of the College,” Sloan says, “not just in the arts but in political science, environmentalism, and the sciences. It is the nexus on campus for the discussion of the interrelatedness of all these disciplines. There is a broad application of what the idea of art might be, and how it ties in with the liberal arts. This exhibition is an effort to show how the arts and sciences probe and answer tough questions.” — Amy Stockwell Mercer

Weekend Round-Up: Off to the Races