Music, Moments, Messages… and Me 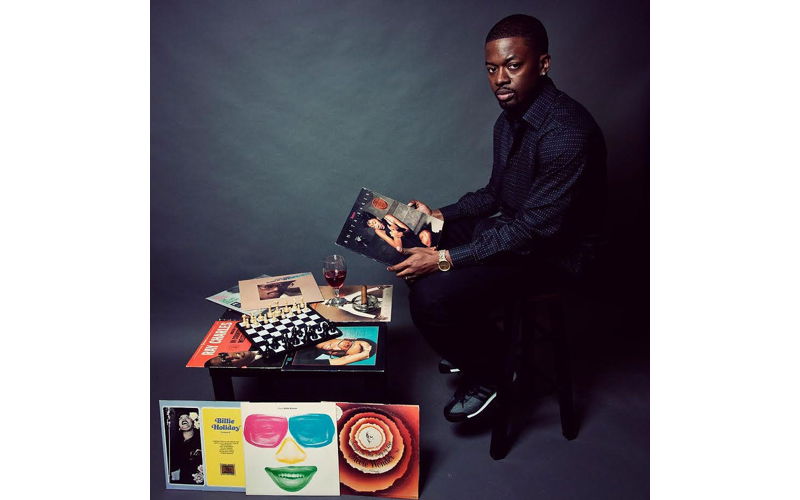 At the risk of sounding cliché, I confess — music saved my life. I say those words with all the conviction my spirit can muster. Music brought me through very tumultuous years, which often define our life’s direction. I’m referring to those specific, precious tunes we feel nobody quite understands like we do. The tunes we listen to, alone, which insulate our strengths and extinguish the isolating sting of loneliness. Growing up in Pineville, SC, with my mother, sister — three years my senior — and grandmother, music often eased my mind and provided a lifeline to a kid who desperately needed one.

Around the age of 6 or 7, while watching Tupac Shakur’s “Keep Ya Head Up” music video with my sister, I heard the line, “I remember Marvin Gaye used to sing to me/ He had me feeling like Black was the thing to be.” I recall that moment because not only did it spark curiosities about Tupac, but also about who Marvin Gaye actually was. I became a teenager in the year 2000, and it wasn’t until then that I began to understand the immortality of Brother Marvin, thanks to his masterpiece, What’s Going On. Beautiful records like “Inner City Blues,” “God is Love,” and “What’s Happening, Brother” forced me to grapple with my own desire for love, an almost spiritual love, which I felt I was missing. I knew that what I heard in his music, I felt in my heart, and it was comforting to know someone else shared that.

Between 2003 and 2004, I was on the brink of 17, and on the heels of losing my grandmother to heart failure. I cherished my relationship with the woman who’d cook for me, story tell, and teach me invaluable lessons. Her battle with diabetes led to amputations, which ultimately dimmed her spirit. It tore at me, knowing how it tore at her. The occasional smile I’d coax out of her lit up the world. After her passing, my sister and I strengthened our bond, as we leaned on one another emotionally. During that time, I was introduced to David Ruffin’s David album. Emotive, colorful vocals on records like “Let Somebody Love Me” and “Rainy Night in Georgia” stirred intricate feelings I’d tried hard to suppress; simultaneously providing release. Many tears accompanied those tunes. I had never heard a combination of gleeful sadness, pain, and yearning that pulsated throughout David’s myriad riffs, runs, notes, and octaves. What I did know was I felt something similar. Frozen in time — behind the veil of a precautionary tale — I saw a small Southern town native, who grew up in the church, burdened by the effects of poverty, and faced with obstacles accompanying blackness in America. In many ways, I saw myself. What I didn’t know was that my world would be rocked yet again, and as always, music would offer a lifeline.

On Christmas Eve 2004, a year and a half after losing my grandmother, I lost my sister as well. Losing her to an intoxicated driver made me angry at everybody. I harbored resentment for the driver, for our church — which displayed a lack of empathy — and for my father and his extended absence in my life. I was even angry at my mother — a woman embodying such deep complexities of strength, care, rage, and trauma, that simple binary judgements would be unfair. I felt alone. I made conscious decisions, to not cry anymore, to avoid my feelings altogether; decisions that would cause ripple effects further than I could see. I needed an escape, and ultimately, Kanye West’s Late Registration was like a musical gift from God. For me, it’s still my favorite album he’s ever done. It was lyrical, soulful, colorful music. It was gritty. It was Common & Gil-Scott Heron. It was Brandy. It was “Roses” and “Mama.” It was what this young black teen — struggling with insecurity, anger and uncertainty — needed at the time. After almost 12 years, varied creative outlets, the embrace of therapy, the improvement of strained relationships, as well as the extension of forgiveness, love and encouragement, even to the driver — whose mistake forever changed lives on that cold Christmas Eve — I can’t help but be thankful for life, and also for music.

Artists like Nas, Outkast, Lauryn Hill, and Tupac piece together a patchwork of my youth. However, those aforementioned tunes were my bridge over troubled water. Music never ceased being my solace, years before I knew that my own music could possibly provide that for some yearning soul. I believe music is indelibly intertwined with the memories of our most defining moments. My moments — while not examples of anomaly or normality — remain mine, along with the music forever affixed to them.

Benjamin Starr is a Lowcountry native, hip-hop artist and poet, whose art often takes on vulnerabilities, racial injustices, and varying social issues. His most recent album, 2015’s Free Lunch, can be found on iTunes and all streaming platforms.

Artist Todd Anderson has been running his business, Charlietownprints, since 2014 from his studio at Redux Contemporary Art Studios. He specializes in small batch tee shirts, posters, and graphic design. Find him at charlietownprints.com.

It was most likely 1982. One late night I was staying at my Granny and Granddaddy’s house on James Island. Aside from scarfing down any food my grandmama set in front of me or drawing pictures of monsters and cats, I was likely flipping through the cable TV guide looking for horror movies to watch on […]

College and universities, which are usually the settings for large, exuberant crowds and many face-to-face gatherings, are having to do the best they can while also following best practices of wearing face coverings and social distancing in order to slow and stop the spread of COVID-19, as outlined by the Centers for Disease Control and […]

U.S. Sen. Tim Scott said he believes President Donald Trump “misspoke” during a debate Tuesday night when he told a right-wing extremist group to “stand down and stand by.” After an in-person meeting with Judge Amy Coney Barrett Wednesday morning, Scott was questioned by a reporter about Trump’s refusal to denounce groups stirring racial violence. […]