Impact of five-hour morning standoff appears minimal, but some folks are steamed 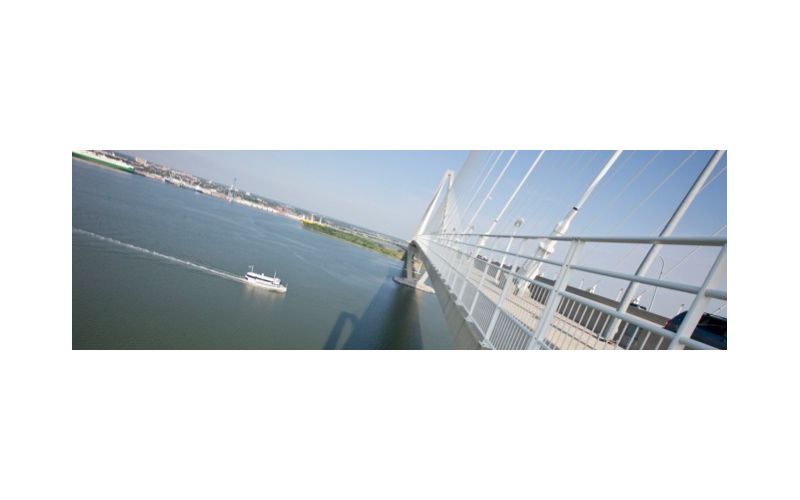 Monday morning wasn’t the first time Star Grant, an employee at the Circle K convenience store at the foot of the Arthur Ravenel Jr. Bridge, watched a single person create a major traffic snarl. When customers came in complaining about being late for work because someone was threatening to jump from the bridge, she got angry.

In her four years working at the Circle K convenience store on Coleman Boulevard, she’s seen plenty of drama unfold on the bridge. Her tone softens when she remembers hearing the bad news one morning in December 2011 about Tosin Oyelowo, the 25-year-old MUSC student who was reported missing until police determined she had jumped from the bridge.

Other hold-ups get less sympathy from Grant. She becomes particularly riled up while talking about Phillip Louis DeClemente, the man who parked his Lexus SUV on the bridge in February 2012 and created a three-hour traffic jam as police coaxed him out of the vehicle and sent in a bomb squad. “I’m tired of these pity calls,” Grant says.

So far, the only reported impact of Monday’s suicide threat was that a lot of people were late for work.

Roper Hospital was minimally impacted. “A handful of our teammates were delayed, but the day-to-day operations of our facility were not impacted,” says Sue Bennett, interim vice president of nursing at the hospital.

The College of Charleston says the bridge closure didn’t have much of an impact on the school, which is currently conducting orientation for incoming students as well as summer classes. Because of the decreased class schedule, the CofC campus wasn’t as busy as it could be in the fall or spring semesters.

So far, shop owners near the bridge aren’t reporting major spikes or dips in business either — except for Andolini’s Mt. Pleasant, which saw an increase in sales after it was reported that cops offered the jumper a pizza from the restaurant.

André Brierre, owner of the Smoothie King on Houston Northcutt Boulevard, says he had about the same number of customers as on a usual day, but with one difference: “People were unhappy.”

“Only two or three people even knew what was going on. Everybody else was just like, ‘The traffic’s horrible,'” Brierre says.

Diane Pysh, co-owner of the Pak Mail on Houston Northcutt Boulevard, says her business had a slow morning at first, but customers showed up later as traffic cleared.

“I feel really sorry for the guy, of course. It’s a terrible state of mind, I’m sure,” Pysh says. “But really, these poor people that needed to get to work or had some very important things or were going to the hospital, I feel for those people just as bad. It screws everything up.”