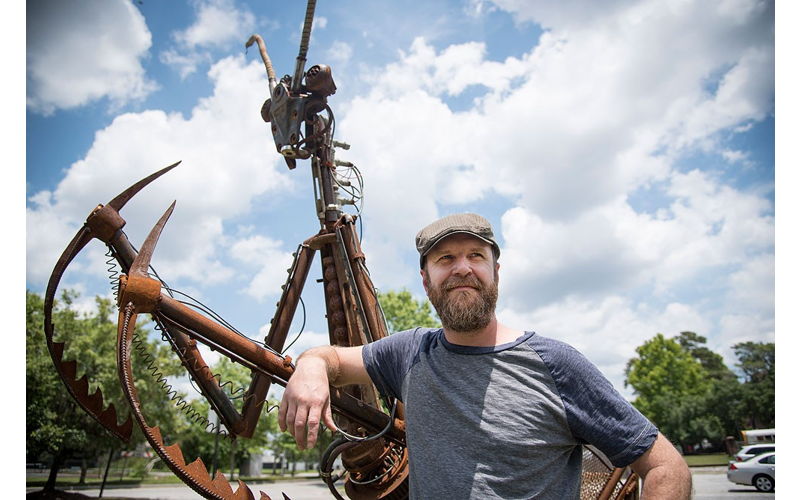 Last December, the City Paper highlighted many of the engineers responsible for the sweet sounds you hear at some of the city’s most-loved venues. Now we want to continue shining a light on that Charleston sound, this time with just a few of the Holy City’s many audio engineers who are churning out gold via everything from makeshift living room studios to state-of-the-art recording facilities. These are the guys who can take a raw recording and turn it into multi-layered magic that jumps out of your speakers and into your, dare we say it, souls. Ladies and gents, meet the producers.

Studio: Ocean Industries Studios, James Island
Years producing: Leonard – 16 years, Rickert – 17 years
Specialty genres: “If it’s a genre, we’ve done it,” says Leonard. “We do a lot of strings work, because we have such a big, live room.” Though they’re willing to be a studio that produces albums in short, separate sessions over an extended period of time, that’s not their ideal scenario. “We like to do the process in one big chunk if we can,” says Leonard. “To block off two weeks or a month at a time and go straight at it.”
Artists produced: Shinedown, Royal Teeth, Sun Dried Vibes, Sleeper Agent, Katie Rose
Upcoming projects/projects underway: Recently finished Katie Rose’s EP Everything Yesterday, currently working on a new Sun Dried Vibes record.

Studio: Hybrid Audio Solutions, West Ashley
Years producing: Price and Gould have been producing as a duo for almost four years, opening Hybrid Audio Solutions in 2014. Prior to that, both Price and Gould have substantial resumés as musicians. Price has toured as guitarist for the multi-platinum band Shinedown as well as Call Me No One, while Gould has also toured extensively with various groups and written music with members of Stone Temple Pilots, Them Crooked Vultures, and Our Lady Peace, to name a few.
Specialty genres: As musicians, both Price and Gould have a rock background, but as producers, they don’t limit themselves to one genre, working with musicians of all types, from country to punk.
Artists produced: Shanshala, First World Problem, Samee Canon, Trick Knee, Modern Fires, Page Mackenzie, Orange Doors, Madam Adam, Bullets Benign, Unit 8, Tristina Miller, Black Power Mixtape
Upcoming projects/projects underway: Just finished recording a song with country singer Rodney Creel, finishing up a new Madam Adam EP, upcoming recording sessions with former American Idol contestant Josh Johansson, and a multitude of other projects.