Mayer Hawthorne steps away from the turntables and grabs the mic 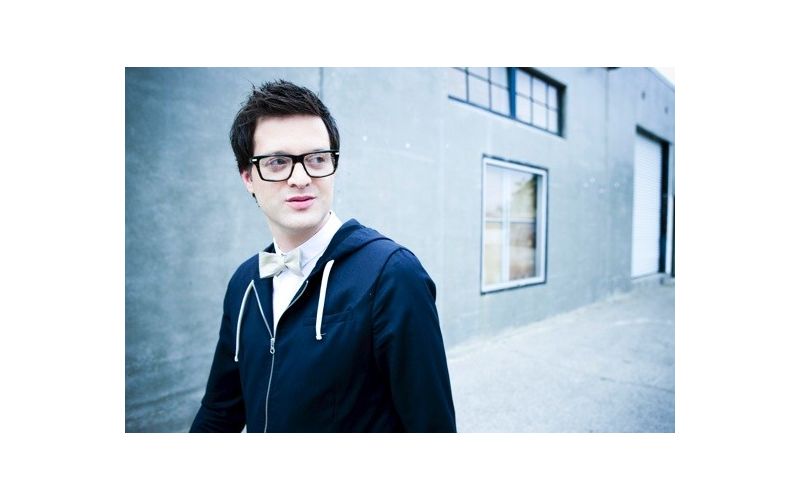 It’s no surprise that Mayer Hawthorne has built a name for himself as the latest heir apparent in the great Motown revival. After all, he grew up in Ann Arbor, Mich., just a few well choreographed steps from Detroit. His acclaimed debut indie album, 2009’s A Strange Arrangement, won him plenty of admirers thanks to his gift for complex arrangements and a keen marrying of sexy retro-soul with contemporary urban flavor. After that, his shows began selling out and the major labels came calling.

Now, Hawthorne’s back on the road supporting his recent follow-up, How Do You Do, which also marks his major label debut on Universal Republic. He admits he had plenty of reservations about taking that next step.

“I record, write, produce, and arrange. In some cases, I’m mixing or co-mixing, and I’m playing most of the instruments and singing everything myself,” Hawthorne explains. “Creative control is a big issue for me. I was terrified of signing to a major label. I pretty much turned everybody down. Then Universal Republic came along, and I was convinced they really understood my business and they weren’t trying to turn me into something that I was not. I’m definitely happy that it’s worked out so far. I’m majorly relieved. But we have a long way to go.”

His cautious optimism is telling. Despite having just two albums to his name, Hawthorne has been involved in the music industry for years. The 33-year-old was an accomplished DJ (a.k.a. DJ Haircut) and producer before he became an established singer/songwriter, and he concedes that the transition is still a work in progress.

“I’ve been a DJ much longer than I’ve been a singer,” Hawthorne explains. “I actually consider myself a better DJ than a singer still. I’ve been DJing my whole life, and I’ve only been singing for about three years, so it’s not really something — you know, singing is still very new to me, but with DJing, I can just do it blindfolded.”

In fact, Hawthorne’s well aware of the detractors who have come down on his vocals. Despite his obvious achievements and plenty of famous friends tweeting his praises (Snoop Dog and Kanye West chief among them), a contingent of naysayers and critics have taken issue with Hawthorne’s admittedly limited range. He has a penchant for falsetto, and his lyrics can weave wildly between cheeky/sexy and embarrassingly amateur.

“I don’t make music to be the most popular artist in the world,” Hawthorne says. “That’s never been my goal. I make music that I think is fun and I think is good. Whoever likes it, that’s fantastic, I love you. Whoever doesn’t like it, then I love you just the same. There’s a million other bands out there you can listen to if you don’t like Mayer Hawthorne.”

When told this, Hawthorne says, “I take that as a compliment. I make music for people to have fun to and for people to make love to. It’s definitely about bringing people together, however that goes on. There’s no rules, there’s just fun.”